The shortage of skilled technicians is a major challenge for Oxfordshire’s burgeoning technology companies. The new Oxford Advanced Skills centre (OAS) at the UK Atomic Energy Authority’s Culham campus goes a long way to addressing this shortfall by offering local companies specialist courses for their apprentices.

Any criticism of the Apprenticeship Levy as a stealth tax is largely addressed by the quality and specificity of the courses on offer at OAS. Director David Martin told TechTribe he expects the new facility to become a blueprint for specialist training centres across the country.

The centre’s official opening on October 24 featured speeches by David Martin, Formula 1 managing director Ross Brawn and David Hughes, deputy director of the Advanced Manufacturing Training Centre in Coventry. Both Martin and Brawn were apprentices at Harwell and testified to the value of their experiences, noting nevertheless that the facilities on offer at OAS greatly outdid the drafty sheds of their time. 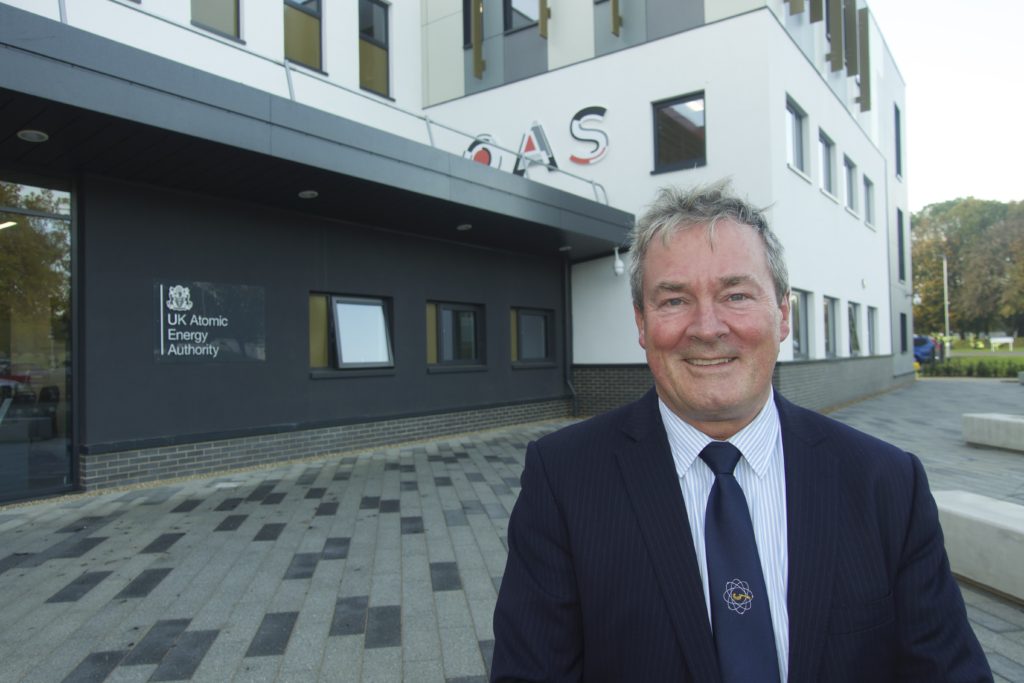 The building was financed by the Department for Business, Energy and Industrial Strategy (BEIS) and the operation’s running costs will be paid for from the Apprenticeship Levy. Martin said the building had taken 43 weeks to build and was completed on-budget, months ahead of schedule. He added:

“The vision was an employer-led skills hub that would provide high-quality training, contextualised by being delivered in the workplace, but OAS is so much more than that. We have created something very special here that has the potential to impact careers and business performance for decades to come.” 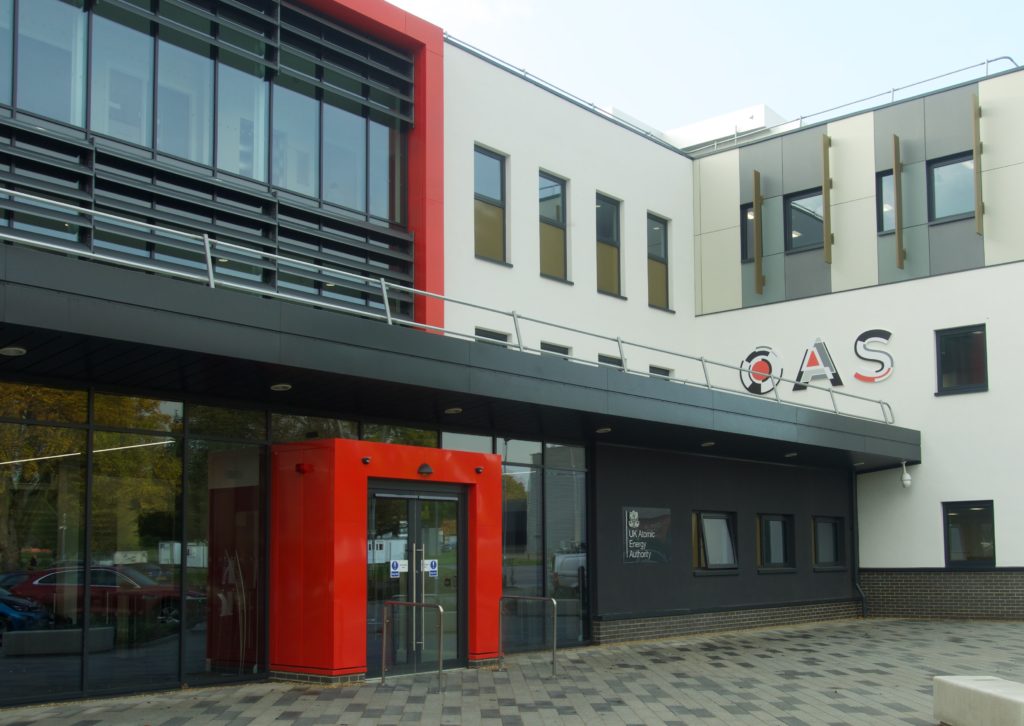 Located at Culham Science Centre near Abingdon, OAS is a partnership between the UK Atomic Energy Authority and the Science & Technology Facilities Council. The two organisations have a history of apprentice training in science and engineering, stretching back more than 70 years. OAS offers training for the Level 3 Engineering Technician Apprenticeship Standard, designed by employers to give the technical and practical knowledge required to work in the engineering sector. 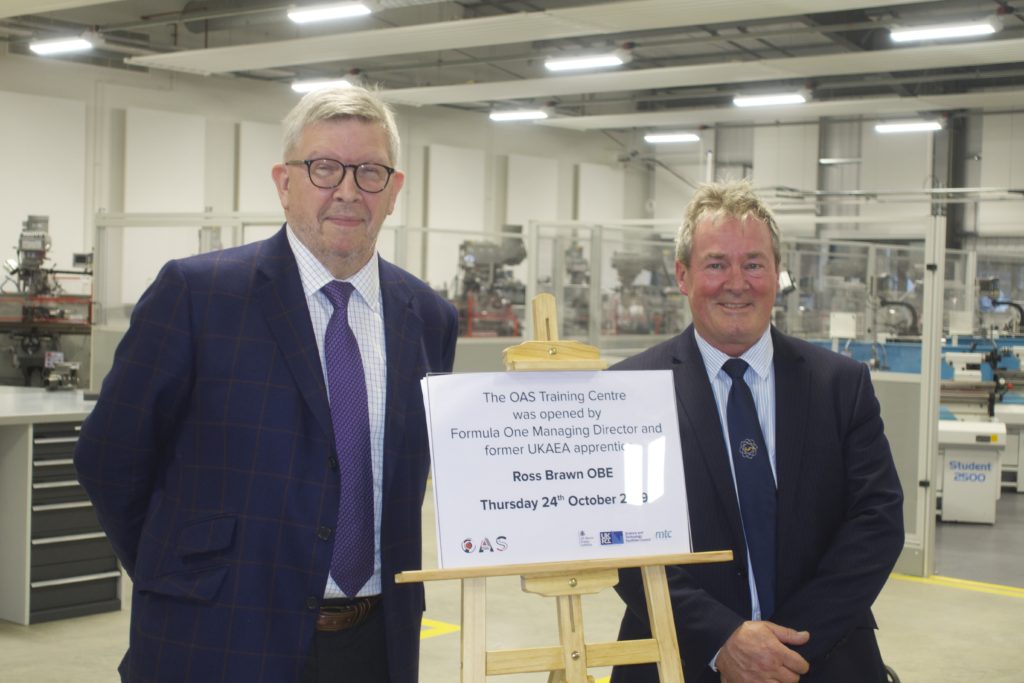 Courses offered by OAS are tailored to these employers’ needs, emphasising the challenges facing smaller firms who may struggle to obtain role-specific training for their apprentices.

The facility has 3,800m2 of classrooms and workshops with places for 350 apprentices, 160 in each year group. Martin observed that the current cohort were blown away by the scale and quality of the opportunities for learning the new centre provides.

The places are open to apprentices with good GSCEs or A Levels and a skills test. According to Martin, there are at least five applicants for every place, underlining the demand for specialist training places. The apprentices are salaried by their employers and spend their first year in full-time attendance at OAS. In subsequent years, time is split between study at OAS, their employer and other local manufacturers.

Student Morgan Sagar explained the groups of apprentices were mixed and their visits to several sites arranged to encourage collaboration and cooperation once they are working full time. Sagar, 16, left school after his GCSE’s and is employed by the Science Technology Facilities Council in Harwell. He is in the first year of a four-year course focused on electrical engineering. Currently seven per cent of Oxfordshire’s school leavers take apprenticeships.

OAS Phase 1 has been operational and training apprentices for three years in an existing facility at Culham. The new building, Phase 2, can accommodate many more apprentices, with industry-standard equipment covering a wide range of engineering and technology disciplines. Martin is already in discussions with BEIS, the UK Atomic Energy Authority and MTC training, the company that delivers the courses at OAS, about further expansion of the facilities. This would enable the centre to add courses on robotics, power engineering, space systems, energy storage and nuclear design. This third phase is likely to include expansion on the existing site, as well as new facilities in other parts of the country.

Boost for Bicester engineering firm with MOD small-boats contract
Future growth could be at risk if county fails to tackle big challenges around housing, workspace and education
Take-up of office and industrial property space is down but rents are still going up, says new report
Covid-19: Help for Oxfordshire firms during the crisis
Oxfordshire should project itself with ‘more confidence and vigour’ says OxLEP strategy chief
share this article