Tech talent wars: In the battle for the best software engineers and developers, employers are having to think outside the box to recruit

Digital innovation studio Venture Harbour recently needed to recruit a marketing manager and a lead software developer. But despite spending three or four-times more on advertising the software role, it received a tenth as many applications.

“Fortunately, we received some very high-calibre applications but compared to other roles, we find ourselves having to spend more and rely on our network,” says the Oxfordshire-based firm’s founder and chief executive Marcus Taylor.

Taylor, a TEDx speaker listed in the Forbes 30 Under-30 Europe Class of 2018 and winner of Young Entrepreneur of the Year at this year’s Business Excellence Forum, says recruiting tech talent is “very challenging.”

This is particularly the case for in-demand languages and frameworks, where there’s relatively low supply – resulting in salaries rising exponentially. 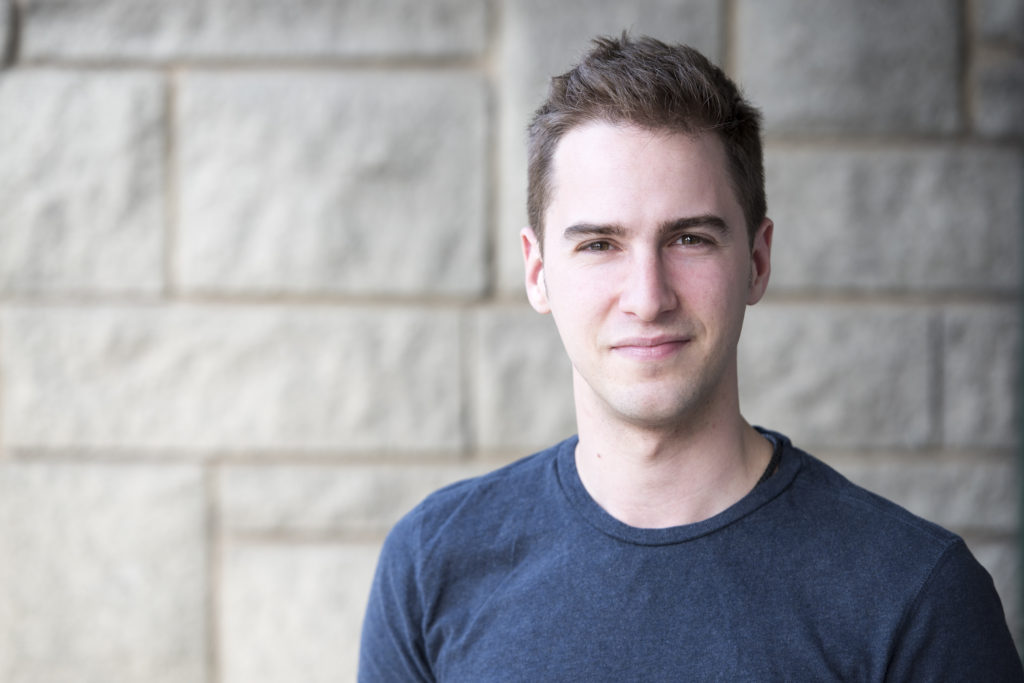 Taylor is not the only Oxfordshire employer facing a tech recruitment headache. Online car finance company Oodle has mushroomed from 135 to 250 employees since January this year. Attracting the right people in Oxford is “really difficult,” according to human relations and tech recruitment lead Ellie Brown. “We’ve found it incredibly tough, especially because of how many we’ve needed to recruit in such a short space of time,” she says.

Rather than rely on traditional advertising, Oodle’s approach is to “get in front of people where they already are.” This means connecting with local tech meetup groups, one of which it hosts at its Oxford Science Park offices. 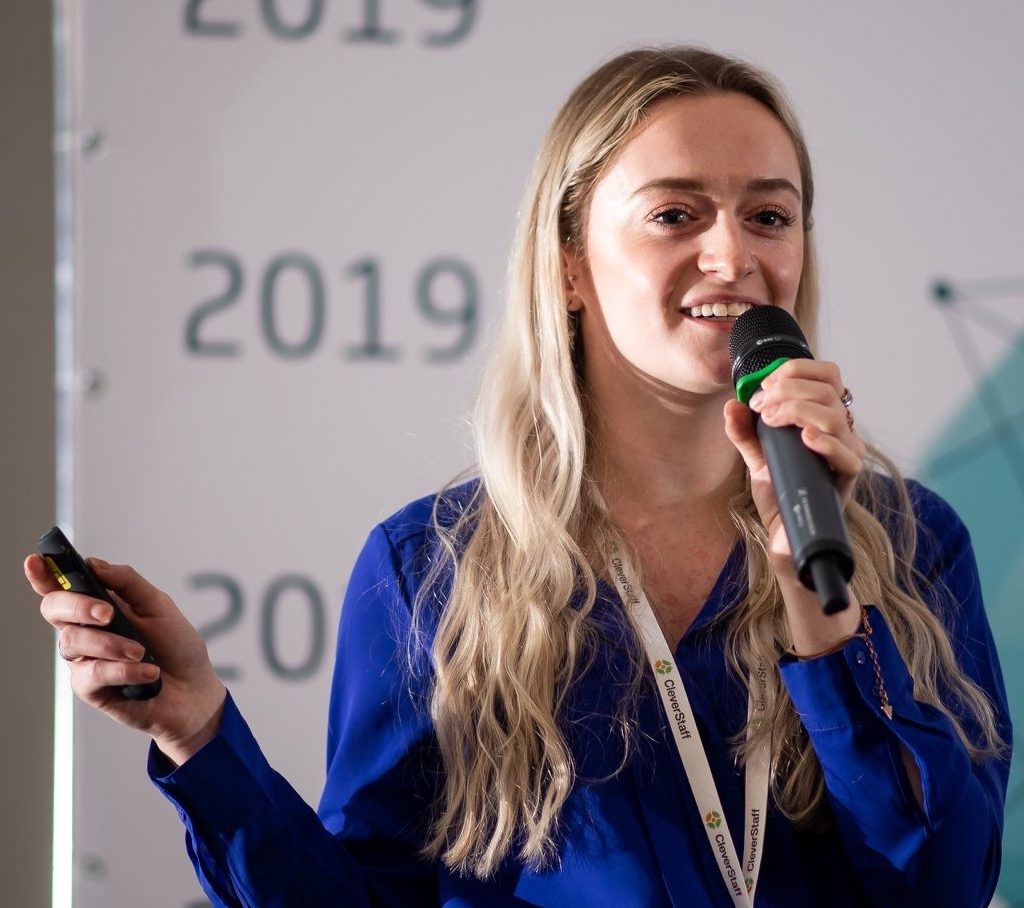 “Rather than being very noisy and shouting: “’We’re hiring, we’re hiring,’ we’re trying to become more involved with communities already in Oxford and have a longer-term relationship with the market here. There aren’t that many Java developers in Oxford and we know we’re competing with some big names,” Brown explains.

“I see the trend that salaries are generally higher – demand for tech talent has become so mad that the talent know they can say ‘If you really want me, I come at a premium price’ and there’s nothing else you can do. It’s not like you’ve got 10 other people you’re speaking to.”

But she adds: “What we have to think about is the cost of not hiring that person. If we don’t, is our product going to be delayed going to the market? They are incredibly sought-after skills and ultimately, we’ve realised they come at a price.”

IT recruitment agency Major Players’ annual salary survey published in conjunction with industry publication The Drum, reveals the tech industry has a greater-than-average demand for new recruits, with 50 per cent of respondents saying their company is hiring.

Despite the relative weakness of the UK economy, the survey found a fifth of tech workers received a pay rise of more than 10 per cent, confirming employers are willing to pay more for the right skills. According to Major Players, flexible working hours are the most important benefit for permanent tech employees – valued more highly than holiday allowance or healthcare.

Oxford Centre for Innovation-based company Vitaccess, named as a Tech Nation Rising Star of 2019, is a good example of this, as it regards its number-one selling point as flexible working. Director of operations Dr Helen Williams, says: “A lot of the team say that was a major factor in attracting them.

“Our competitors in the healthcare industry are typically conservative and not so flexible. We’ve got part-time working mums and dads and we’re sponsoring one of our consultants through his Masters, so he does full-time in the holidays and dials it down with us in term-time to 3.5 days a week.”

Vitaccess’s remuneration package includes a pension scheme, bonus offering the same percentage potential for all and staff can choose a charity each year to support and volunteer with.

Venture Harbour’s Marcus Taylor is also a great believer in flexible working. “Our entire team works remotely at least one day a week and we have several team members who are fully-remote in Brighton, Exeter and beyond,” he says. “There are countless reasons why we offer remote working but primarily we’ve found it leads to higher-quality work, less distractions, happier team members, and better processes.

“There are certainly drawbacks to remote working – we’ve had to be particularly sensitive to implementing processes that ensure everyone is communicating effectively and can easily find out everything they need to do their role well. But these drawbacks pale in comparison to the benefits. We’ve seen improvements in productivity, team happiness and people collaborate more efficiently when they are together in the office.”

He adds: “I see remote and flexi-working as the new norm. I would be extremely cautious of any technology company that doesn’t offer this by default in 2019, as the evidence is overwhelmingly in support of remote working.”

Genomics plc, a spin-out from Oxford University, employs 60 people, mainly specialist statistical geneticists and software engineers. Since the start of the year, it’s taken on 20 more staff, six of which are software engineers. According to Genomics chief operating officer John Colenutt, it’s fairly straightforward to recruit early-stage software engineers but finding more senior people with the ability to be fully independent and lead a project is harder. 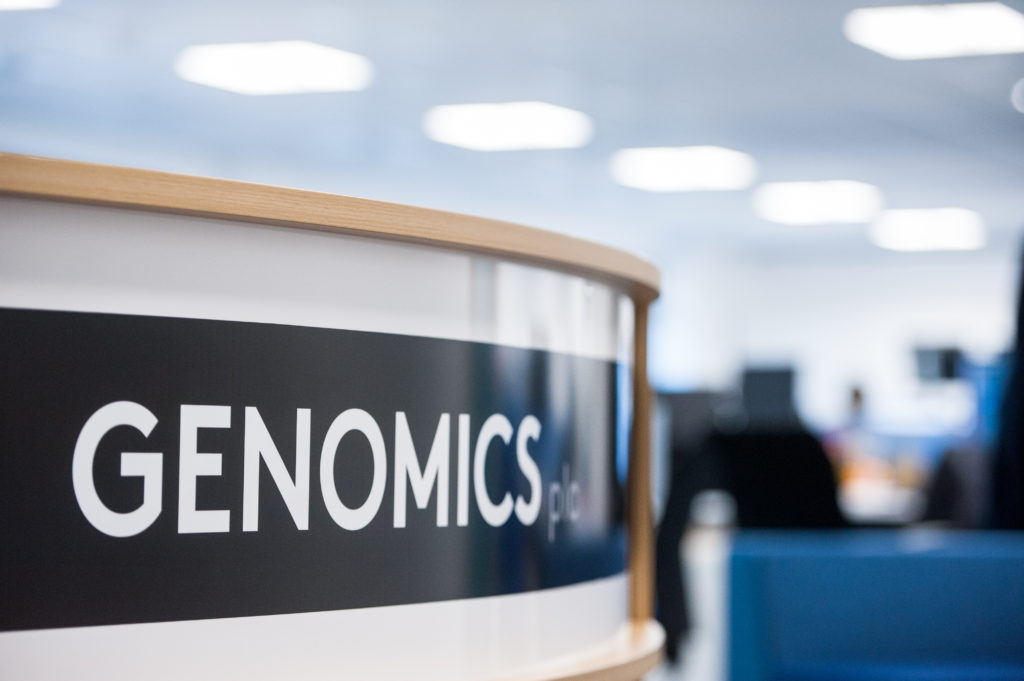 Since opening a second office in Cambridge last year, where 15 staff are based, Colenutt says recruitment has proved easier, because it allows them to tap into a wider pool. The company’s Oxford office is minutes from the city centre train station, while the Cambridge team is about to move to the main tech district, where neighbours will include Amazon, Microsoft Research, Raspberry Pi, Docker and ARM. Colenutt points out: “We’ll be really close to the rail stations in both cities, which is important because we have people who live in London and commute out.”

Although only five years old, Genomics has chalked up an impressive track record when it comes to fundraising. In December, it raised another £8m, bringing the total raised to £33m. Leading US healthcare investment companies who jumped on board joined existing heavyweight investors, such as Vertex Pharmaceuticals. 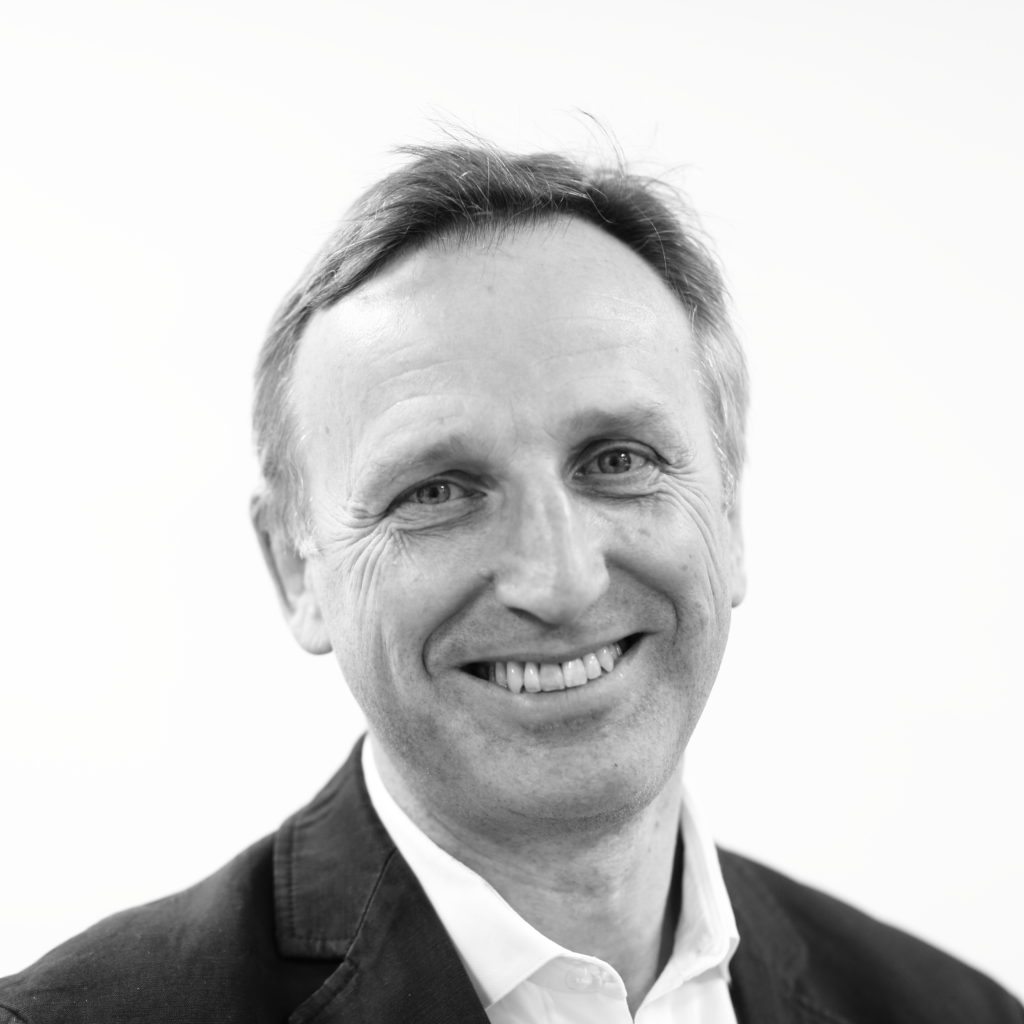 Colenutt believes the company’s commercial and fundraising success has contributed to making recruitment easier during the past two or three years. “One worry for people when they join a small company is: ‘Are they going to get paid next month?’ We don’t have those worries, which is good,” he points out.

The most valuable ace up Genomics’ recruitment sleeve is its mission to harness genetics to transform healthcare. “We’ve assembled the biggest and most powerful database that links genetic data to human traits data and we’ve got lots of clever proprietary algorithms, it’s a big data challenge,” says Colenutt. “Everyone here has a love of genetics and people are excited about the challenges of handling big data,” he explains. “We’re working in an exciting area.”

Genomics co-head of technology, Josh Randall, says the company’s hacktime, where 10 per cent of the working year is given over the projects initiated by employees, “really resonates.” He explains: “One week per quarter, for that entire week, there are no regular meetings or regularly scheduled work – it’s entirely research on special projects. People are excited about having the possibility to innovate in that way.” 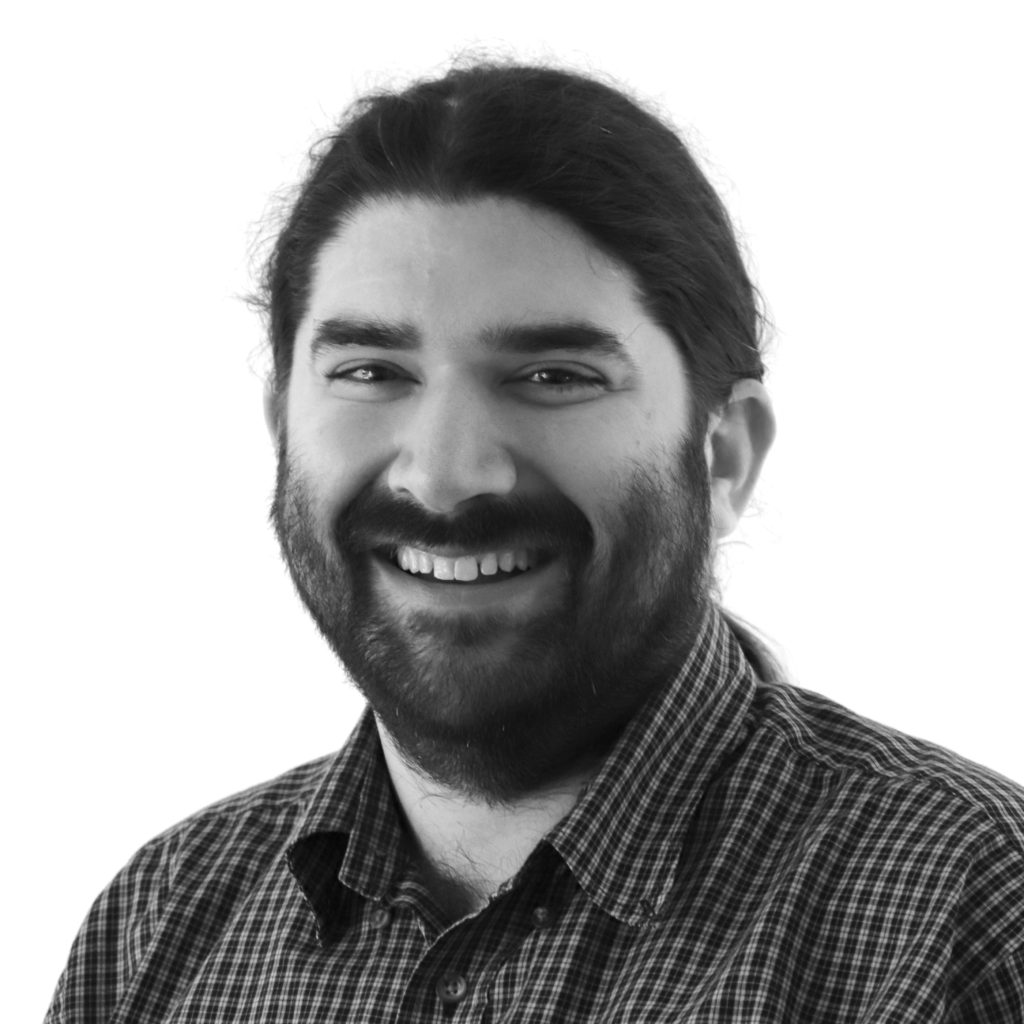 Colenutt adds: “We’ve also had interest from people who’ve worked in the financial sector but are bored with that, so are attracted to working in healthcare and making the world a better place. It sounds a bit cheesy but if our company is successful, the world will be a better place. And you don’t always feel like that if you’re in an investment bank.”

Randall points out: “The best software engineers are not just out for the money, they really care about the work environment, so having some control of their destiny and understanding who they’re going to be working with is very important to most.”

Genomics, in common with Oodle, proactively reaches out to its target recruits. In its case, it sponsors Python-user groups in Oxford and Cambridge. The company also boosts visibility by attending scientific and software engineering conferences such as the Research Software Engineering conference.

Oxford-based recruitment consultants Allen Associates opened a London office in June last year. Managing director Kate Allen says the differences between Oxford and the capital are huge. “Oxford is so much more difficult to access talent, because you’ve got a finite pool of people and so many companies vying for that talent.

“It’s had an upward-inflationary effect on salaries, so when we’re speaking about Oxfordshire candidate attraction methodologies we need to use, compared to London we’re having to be so creative and spend so much more money to try and get the talent we need for our Oxford-based clients.”

Of course, as is often the way, when it comes to finding the best tech talent, the solution is surprisingly close to home. Colenutt and Randall say these days, the biggest source of Genomics’ hires come from existing staff and their valuable networks – something that’s strongly encouraged with a ‘small financial incentive.’

As a result, the proportion of people recruited via agencies has tumbled from 60 to 15 per cent during the past four years. Colenutt sums up: “We’ve learned your best advocates are the people who already work for you.”