Oxford Science Park will be ‘turning on the development taps’ for firms in big pharma and healthtech, according to the park’s chief executive Piers Scrimshaw-Wright. At a gathering of property professionals last week he gave an update on development plans for office and laboratory space on its remaining 10+ acres of land over the next three-to-five years. He also declared the park is ‘starting to get real traction with big pharma,’ announcing that an occupier for its pharmaceutical manufacturing facility on Plot 18 is expected soon.

Developments currently underway include a 15,300 sq m extension to The Magdalen Building, due for completion in 2021 and one that will integrate the new railway station for the Cowley branch line. This much-awaited rail extension will link the park with Oxford city centre. A raised plaza and underground parking are also integrated in the new scheme.

While Oxford Science Park is attracting global brands such as Sharp Laboratories, it seems to be working hard to accommodate growing firms needing flexible accommodation. Sixty percent of occupants – 135 – are SME’s experiencing varying rates of growth. Oxford Nanopore, for example, has more than doubled to 450 employees since Scrimshaw-Wright took over in 2016.

The Schrödinger Building, a flagship development which opened last year includes larger firms such as Sensyne Health among its occupiers, and has also turned out to provide a hub for smaller enterprises. 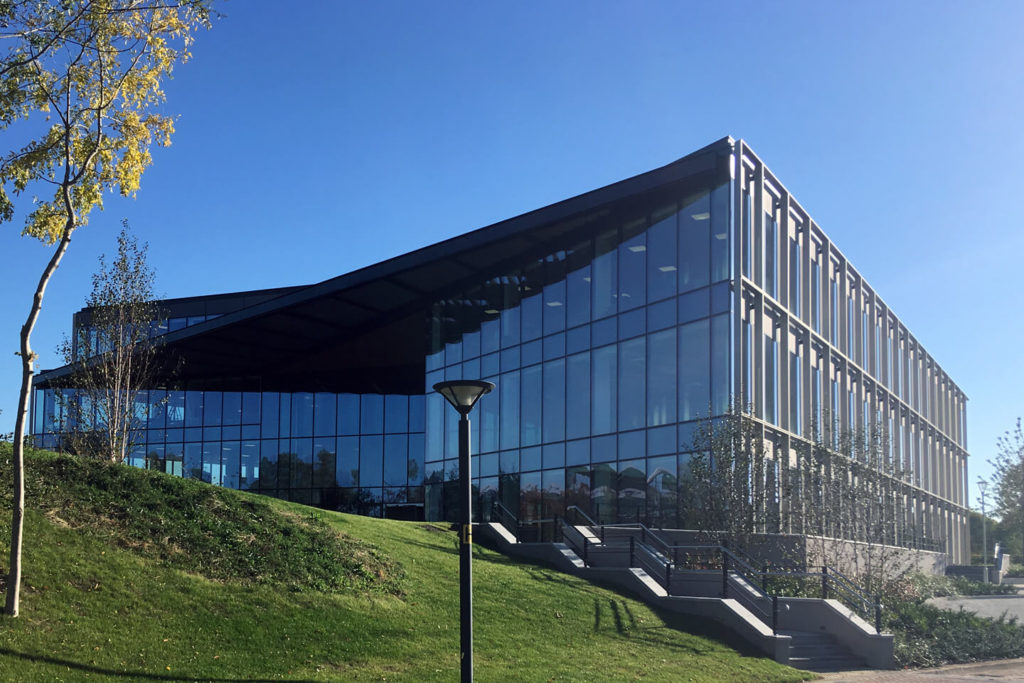 Imaging firm Fuel 3D was announced as the building’s first occupier in March 2018. Emma Comben, head of people and premises for Fuel 3D, joined the panel to describe the firm’s experience at Oxford Science park: “Schrödinger Building is exemplary stock compared to what else is on offer. It’s keenly priced and better than stock in Reading, and stands head and shoulders above the competition.”

“We chose Oxford because we originally spun out from Oxford University, so in effect we’re coming home. The road links here are great, we’re on the right side of Oxford and sited well for staff. In other parts of the county, roads get very congested,” she added.

Rory Maw, bursar of Magdalen College which now owns the Oxford Science Park site outright, described it as “a firm investment, but also has space for entrepreneurs from Oxford University to grow.” He went on to explain Magdalen College had acquired the site from investment partner M&G Group in order to “control interactions with Oxford University, building enterprise links for colleagues and students and the firms based here.”

Development of the 450-acre Grenoble Road site, which runs alongside Oxford Science Park, could extend the ‘life sciences’ cluster the park has generated. Dubbed the South Oxfordshire Science Village, a decision on the controversial scheme is expected by the end of 2019. Maw explained that Magdalen College has partnered with Thames Water and Oxfordshire County Council in a three-to-five year development plan.

The event was chaired by Matthew Battle, managing director  of UK Property Forums, which runs events for the professional property sector around the UK. Its flagship festival OxPropFest will be held in Oxford on April 2 2020.