Euratom withdrawal: What next for fusion energy funding?

On June 24, 2016, the day after the EU referendum, Professor Ian Chapman was getting ready for his interview for the top job at the UK Atomic Energy Authority (UKAEA). Surprised, as were many, by the result, he discarded his carefully prepared notes and set his mind to considering the consequences for the role of chief executive in what was certain to become a politically charged environment.

share
go deeper
He started the job in October 2016, and has since spent a fair amount of time and energy dealing with the issues that resulted.

A physicist with a distinguished track record in nuclear fusion science, Professor Chapman is also head of Euratom/CCFE (Culham Centre for Fusion Energy) Fusion Association. The Culham facility is the home of the Joint European Torus (JET), the world’s largest and most powerful tokamak, a magnetic chamber in which plasma is heated and controlled, and the focal point of the European fusion research programme. The JET reactor is designed to study fusion in conditions approaching those needed for a power plant. 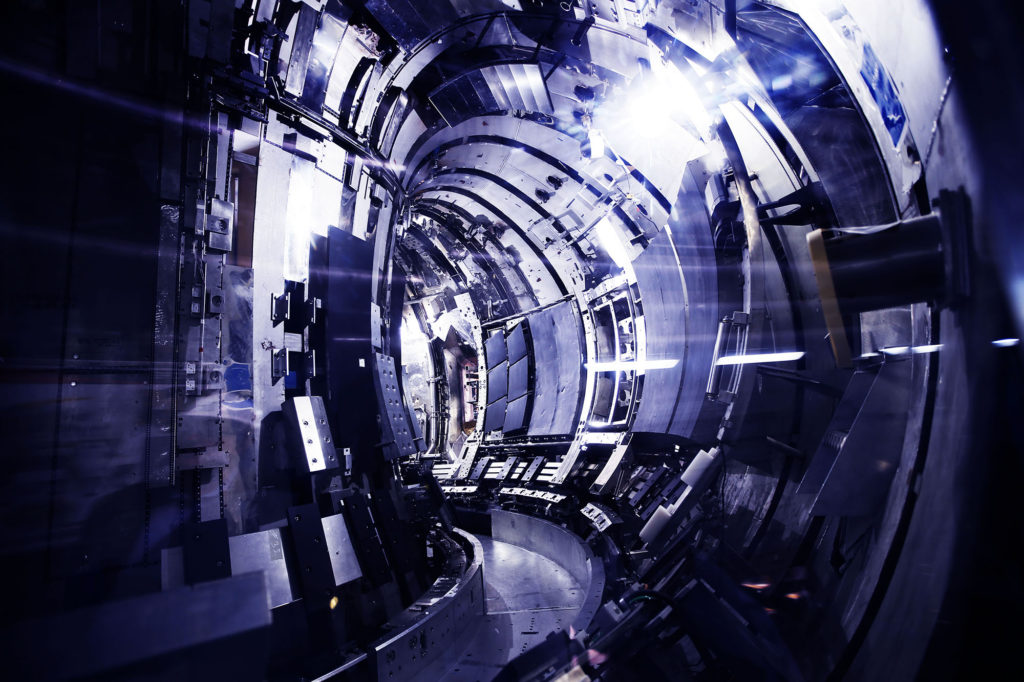 CCFE employs around 1,500 staff, with around a third from other EU countries and a sixth from elsewhere in the world. Many of the staff have PhD’s or specialist skills in key technologies. The Euratom Treaty provides the framework within which the work on fusion energy is organised and funded – the money comes from the EU.

Euratom’s members are the 28 countries of the EU, plus Switzerland as an associate member. There’s a standing joke that ‘fusion is the future of energy generation and always will be’, but the scale and complexity of the task is the reason for the need for international cooperation.

READ  What is the Euratom Treaty and why does it matter?

The JET project at Culham has been the centre of this work since it came online in 1983. A planned transition means JET will close in 2024 and the focus will move to the International Thermonuclear Experimental Reactor (ITER) project in France.

There, the aim is to bring fusion to the point where a demonstration fusion reactor will show it can work at the scale of a power plant. If successful, it could result in electricity from fusion being on the grid by 2050. The collaboration involves the Euratom members plus China, the USA, India, Japan, Korea and Russia. ITER, which builds on the work at Culham, is due to come online in 2025.

Professor Chapman explained CCFE is already working on designs of reactors that will follow ITER. There are several spin-outs addressing specific areas including: robotics, which is now based at RACE (Remote Applications in Challenging Environments) in a separate building on the Culham park, Materials, Tritium fuel, and Equipment Qualification. These technologies are essential for future reactor designs and employ hundreds of people.

One of the main developments is a new, compact reactor called MAST (Mega Amp Spherical Tokamak). A smaller, more efficient and cheaper fusion reactor called a ‘spherical tokamak’, it has a ‘cored apple’-shape magnetic chamber holding the hot plasma fuel, instead of the usual ‘ring doughnut’ configuration of the JET reactor.

MAST, which is due to come online later this year, also aims to solve one of the major challenges in commercialising fusion – dealing with the very high temperature exhaust and power from the incredibly hot fusion furnace (50 million degrees C). 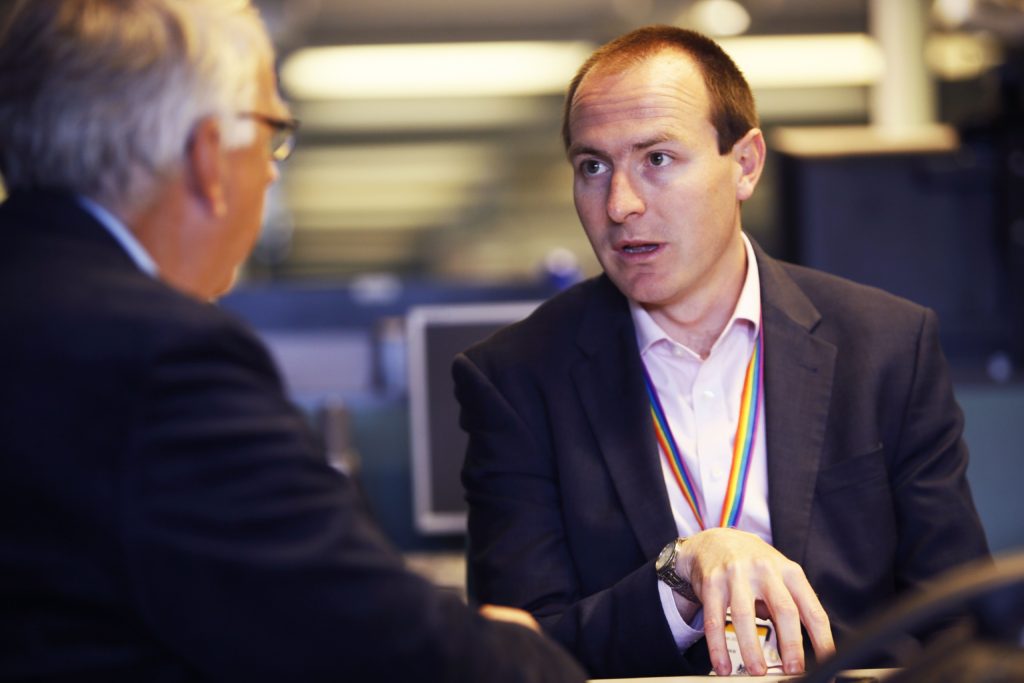 Although Professor Chapman says he is relatively unconcerned about the impacts of a possible exit from Euratom, he describes a no-deal Brexit as the worst case scenario. Not least, because he estimates this would cause more administrative work around obtaining visas for staff from other EU countries. He says:

The decision by the UK government to withdraw from Euratom as part of the planned Brexit departure from the EU caused concern for the Culham Centre for Fusion Energy, because it depends on EU funding.

In April this year, the Treasury reassured the organisation with a commitment to provide £60m funding if CCFE didn’t get an extension to the JET contract from the EU. This is not now needed, because on March 29, CCFE signed a €115m contract with the European Commission to ensure operations can continue until the end of 2022, the final year of the seven-year funding cycle. Negotiations concerning funding for the next cycle, which starts in 2023, are already underway.  Professor Chapman points out:

“Of course there’s politics involved in this but there’s also science, so we have to make sure we make the most robust case for the extension and that JET’s serving an important role within the scientific community.

“We’re completely convinced that’s the case and I think there’s large support within the European community. The important thing is that it [the EU’s recent contract] sets a precedent that the Commission can place contracts bilaterally with the UK.”

A no-deal departure would also leave unresolved the negotiation of associate membership for the UK, which a transition period would, hopefully, provide time to agree.  Despite these uncertainties Professor Chapman is optimistic:

“People are very buoyant about what we’re doing, because it’s a hugely exciting thing to be involved with and fusion will make a fundamental difference to the world.

“I think it’s a great time to be involved with fusion. It’s had all this promise for so long and now it’s reaching the point of delivery.”

What is the Euratom Treaty and why does it matter?
Oxford firm tackles heat transfer challenges of nuclear fusion and EV batteries
Oxfordshire pioneers push on with battery technology breakthroughs despite policy hurdles
Cool technology developed in Oxfordshire could be part of global solution to air conditioning challenge
Listing: Oxfordshire’s clean growth trailblazers
share this article