Quantum atomics company ColdQuanta UK has been awarded £2.8 million from Innovate UK for the development of quantum technology projects, including a ground-breaking quantum positioning system (QPS) that could improve on current GPS systems. The company is based at The Oxford Trust’s Centre for Innovation in central Oxford, where its development work takes place.

ColdQuanta’s Quantum Core Technology is currently part of NASA/JPL’s Cold Atom Laboratory (or CAL) to test the behaviour of quantum matter in space.  The new quantum positioning system (QPS), or gyroscope, will allow precise navigation by very accurately measuring rotation and help to overcome vulnerabilities associated with current GPS (or GNSS) systems. Its commercial potential includes applications in automated shipping, defence systems, aircraft and trains, and it could eventually be miniaturised for use in cars and mobile phones.

The projects being developed by ColdQuanta are partially funded by the UK government, whose investment through the National Quantum Technologies Programme has totalled more than £1 billion since its inception in 2014 and is being used to accelerate the translation of quantum technologies into the marketplace. 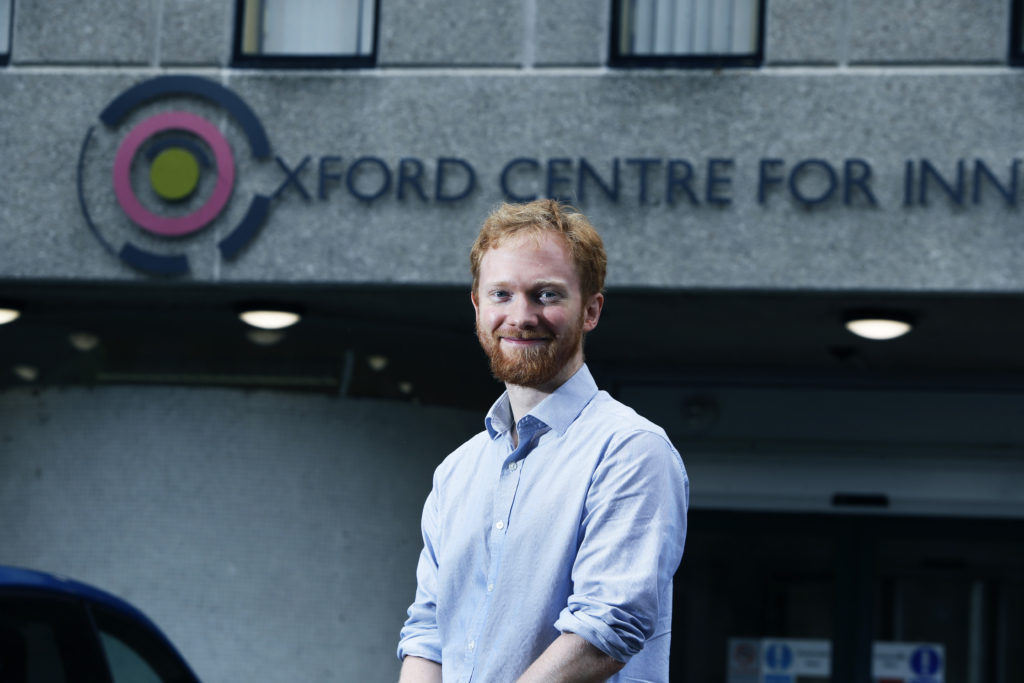 Dr Tim Ballance, lead scientist at ColdQuanta UK, said: “The Innovate UK funding allows us to provide cold atom quantum technology for three separate projects in the UK: to lead the development of a quantum gyroscope that will be demonstrated in flight; to develop technology that will enable continuous operation of quantum sensors; and to work with partners on an updated system to improve the integration of lasers into quantum atomic systems,” adding:

“This funding demonstrates how ColdQuanta’s cold atom technology can be the basis of a broad range of new quantum applications. Our team is excited to have been chosen for these projects, all of which will advance the commercialisation of our cold atom quantum technologies.”

The Oxford Trust chief executive officer Steve Burgess added: “It is exciting to see ColdQuanta developing breakthrough projects such as the quantum gyroscope in our Oxford Centre for Innovation, right in the heart of Oxford. The fact that atoms are being cooled to -273.15 C and studied in our innovation centre is thrilling. We have a thriving community of leading-edge science and tech start-ups working in both our innovation centres – The Wood Centre and Oxford Centre for Innovation. It is forward-thinking businesses such as ColdQuanta that help to keep Oxford’s due place on the global innovation map. With this new tranche of funding from Innovate UK, we are looking forward to seeing the company grow and thrive.”

ColdQuanta was spun out of the University of Colorado, Boulder, by Professor Dana Anderson, and Rainer Kunz. Dana worked with Noble Prize-winning physicists Eric Cornell and Carl Weiman as well as ColdQuanta co-founder Theodor Hänsch on cold atom technology, but saw it had wide potential and founded ColdQuanta in 2007. The Oxford arm was launched in 2015 when Dr Tim Ballance joined the firm. To complete the three-year Innovate UK project, the team of five plans to expand to 12 people within the next 12 months.

Based on thirteen years’ research and development, ColdQuanta’s Quantum Core technology uses lasers to cool atoms down to close to absolute zero. At one ten billionth of a degree above absolute zero, or -273.15 C, the Quantum Core creates a rare state of matter, or Bose-Einstein condensates. Sometimes called the fifth state of matter, these gaseous atom clouds stop behaving like individual atoms and start to behave like a collective or wave. Control of these ultra-cold atoms, individually or as a cloud, can enable everything from atomic timekeeping to quantum logic. The resulting systems can be deployed on Earth or in space.