On February 10, the European Space Agency’s Solar Orbiter was launched from Cape Canaveral on an Atlas rocket carrying the Spectral Investigation of the Coronal Environment (SPICE) instrument developed and built at RAL Space in Harwell.

When the spacecraft arrives at its orbit close to the sun, SPICE will analyse the outer layers and return data to Earth for researchers to study in detail.

share
go deeper
In combination with the findings of other instruments on the Solar Orbiter, SPICE will contribute to our understanding of the complex dynamic connection between the Sun and the inner heliosphere, the sources of the solar wind and coronal ejections that can disrupt technologies including the energy grid, mobile phone signal and navigation systems.

UK scientists and engineers have played a leading role in the mission. The Science and Technology Facilities Council’s (STFC) RAL Space, University College London and Imperial College London have led international teams to design and build three of the ten science instruments on board. The SPICE instrument was led from RAL Space, the UK’s national space laboratory in Harwell.

The spacecraft will use gravitational assists from the Earth and Venus to arrive at the Sun at the end of 2021. The mission will travel within the orbit of Mercury to get up close to the Sun, climb out of the ecliptic and give us the first ever view of the Sun’s poles. Then the instruments will be deployed in an environment where temperatures may be up to 500C.

SPICE is a high-resolution imaging spectrometer that operates at extreme ultraviolet (EUV) wavelengths from 70.4 nm−79.0 nm and 97.3 nm−104.9 nm. It is designed to provide quantitative knowledge of the physical state and composition of the plasma in the solar atmosphere, in particular investigating the source regions of outflows and ejection processes that link the solar surface and corona to the heliosphere. 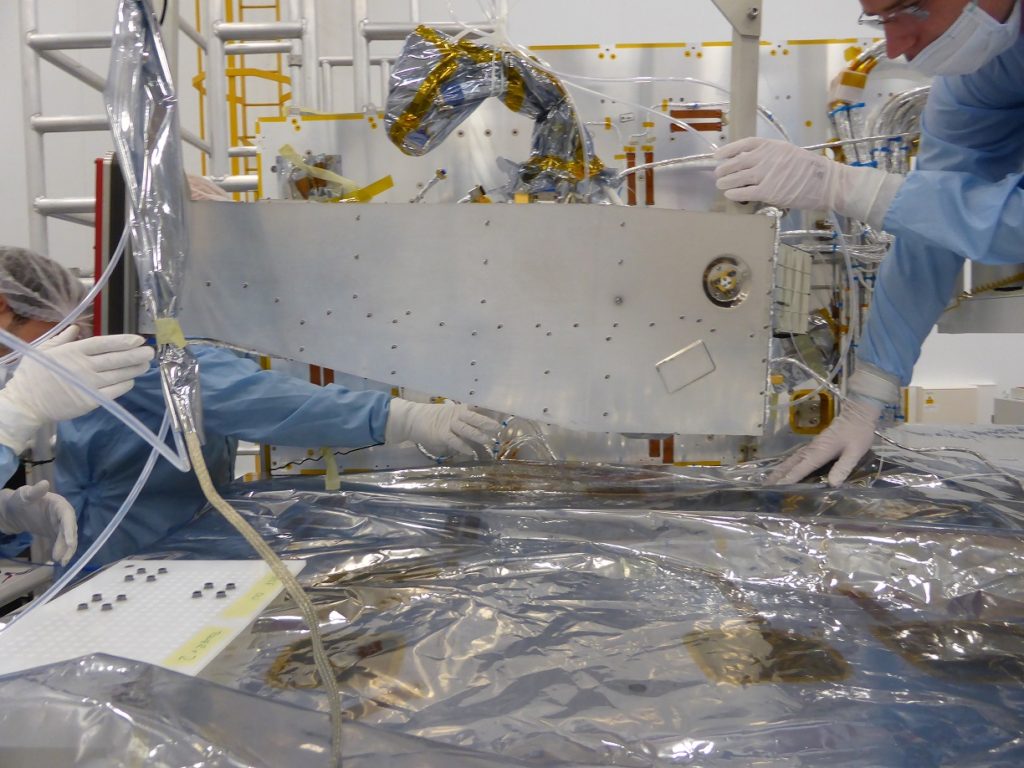 By observing the intensities of selected spectral lines and their profiles, SPICE will measure temperature, density, flow, elemental composition and the turbulent state of the plasma in the upper solar atmosphere. Emission lines originating between the top of the chromosphere and the low corona cover the temperature range from ten thousand to two million degrees.

The Solar Orbiter has onboard computing power that will enable it to compress by up to 20:1 the volume of data from SPICE. To optimise the science data return within the given telemetry budget, the instrument will be focused on specific frequency bands within the extreme ultraviolet range.

Now the team must wait until the Orbiter arrives at its destination just 43 million kilometers from the Sun. Then, the data will start returning and the work can begin again.