If in the future your satnav stops working, you lose your internet connection or your mobile phone goes on the blink, you might look heavenward in despair. And you might be looking in the right direction, as a collision in space might be the cause. Fortunately, Astroscale, which is based at the Satellite Applications Catapult in Harwell is working on solutions.

We have been launching satellites into space for more than 50 years and many of them – and the upper stages of rockets we have used to put them into orbit – are still there. It’s getting crowded and messy, and is being made worse by some satellites being deliberately destroyed, creating clouds of dangerous debris. 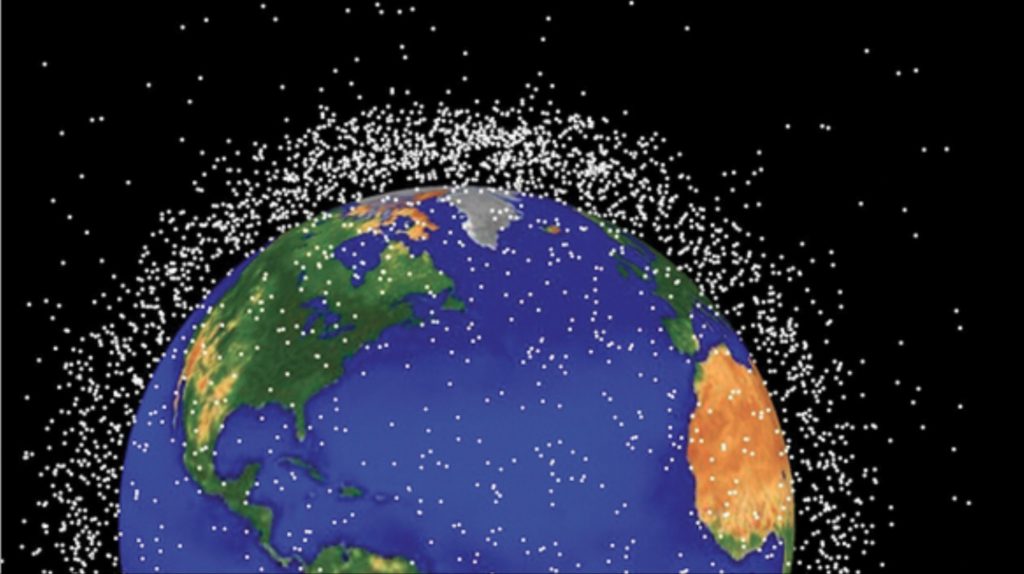 Of the nearly 9,000 satellites that have been launched, it is estimated some 5,000 remain in orbit of which 1,950 are still active. There have been around 500 collisions or explosions that have created smaller pieces of debris. Around 34,000 of these pieces are thought to be greater than 10cm in size, 900,000 between 1cm and 10cm and 130 million smaller than 1cm. A small fleck of paint hitting the very thick window of a space shuttle very nearly penetrated it. The energy of a small object impacting at speeds of more than 10km/sec is huge; British astronaut Tim Peake said the threat of micro-meteorites and man-made debris was the only thing that worried him. The International Space Station is regularly moved to reduce the risk of collision and astronauts are often forced to take shelter in the Soyuz re-entry module as a precaution.

The UK arm of Astroscale, based in Harwell within the Space Applications Catapult (SAC), aims to do something about this growing problem. TechTribe Oxford spoke to chief commercial officer, John Auburn about its work. This  branch of the company has a team of 23 and was founded at the SAC because of the supportive environment for space businesses in the UK and the availability of technical staff. 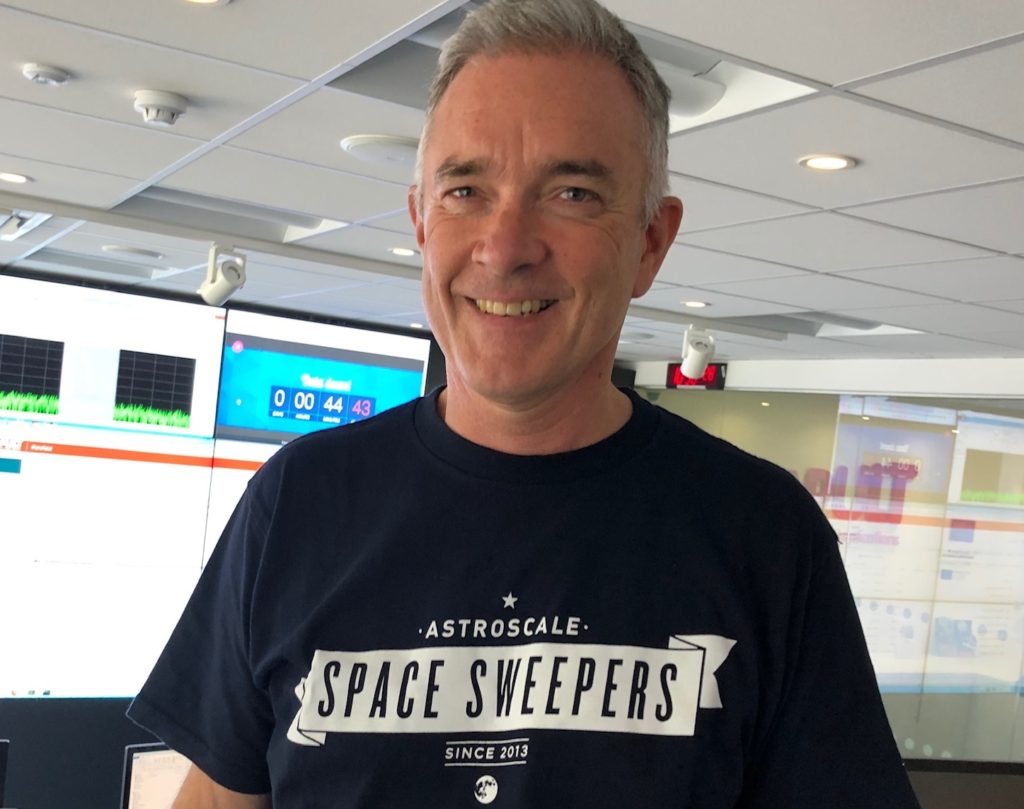 With six years’ experience working in satellite operations at the European Space Agency (ESA) in Germany, Auburn secured a grant to set up a control centre at the SAC in Harwell. It is from here that Astroscale’s important proof of concept demonstration will be overseen next year. This involves launching a satellite capable of docking with and de-orbiting – pushing back into the earth’s atmosphere to burn up – a dummy satellite. This is part of the Sunrise Project, a public-private partnership led by the ESA and OneWeb, a global communications company which plans to launch a constellation of low Earth orbit satellites to provide 5G internet connectivity.

Although the number of small debris objects are a threat, the larger ones, chiefly complete satellites and rocket booster stages, represent both the largest mass (more than 97 per cent) and the biggest potential for trouble. A collision involving one of these objects can cause a massive cloud of debris. As far back as 1978, US physicist and former NASA scientist Donald Kessler predicted a scenario in which the density of objects in low Earth orbit (LEO) could become high enough that collisions between objects could cause a cascade, where each collision generates space debris that increases the likelihood of further collisions. Such an eventuality could render space activities and the use of satellites in specific orbital ranges impractical for many generations. Removing the larger objects reduces the chances of this happening.

Astroscale’s ELSA-d project is designed to prove both the practicality and value of adding a small plate to future satellites to enable them to be readily de-orbited when they reach the end of life. At the firm’s Japanese HQ, work is in progress to deal with the problem of de-orbiting existing satellites that do not have the plate fitted.

The task of locking on to an out-of-service satellite is far from simple and videos you may have seen of vessels docking with the International Space Station (ISS) are not representative of the challenges. Whereas the ISS is large and steady, a decommissioned satellite may be tumbling uncontrollably with spin in all three axes. The docking vessel has to find it, monitor and measure its motion before moving into position, mimicking its movements before it can effect capture, then restabilise and move it for de-orbiting. The technical challenges for sensors, thrusters and remote control software are complex.

These technical challenges are not the end of the story. The main cost of such a mission is launching the vehicle in the first place. For economic success, it needs to be capable of multiple de-orbiting missions meaning that when it de-orbits a decommissioned satellite, it has the means to move back into a higher orbit to locate the next target. Astroscale plans to add a lightweight ion engine of the type used to raise satellites slowly into geostationary orbits.

Another cost borne by satellite operators is insurance, without which they cannot get a license to launch. They must also carry third party cover. Recent launch failures have caused a steep increase in premiums and seen some of the reinsurers quit the market. Although launch risk is currently the chief factor, the growing risk of collisions in low earth orbit may start to impinge too if operators are obliged to add business continuity insurance. Astroscale’s mission is to reduce these risks for both the operators and their insurers.

Unlike the global agreements that create the laws of our oceans or the multilateral treaty between 54 nations that regulates the Antarctic, no such framework exists for space. The United Nations and other agencies have sought to recommend best practice but at present, this is not observed by all nations with the capability to launch satellites. One of Astroscale’s other activities is playing a role in the development of policy to encourage the spread of responsible behaviour.

“There are three bits we have to get in place: the regulatory environment has to be correct, the technical one is probably the easiest – next year we’ll prove a lot of the technology with our own demo, and the third problem is to find someone to pay for it, which is driven by the first problem.

“If the regulators aren’t really tough, the operators can get away with murder.”

Early next year, the ELSA-d proof-of-concept mission will be launched by Glavkosmos/GK Launch Services from the Baikonur Cosmodrome. The industry will be watching with great interest

RAL Space in Harwell has its day in the sun as it adds SPICE to the Solar Orbiter
RAL Space’s SPICE instrument reveals new solar phenomena
Harwell firm gears up for astronauts’ space walk to install its tech on the International Space Station
Listing: Oxfordshire’s clean growth trailblazers
share this article