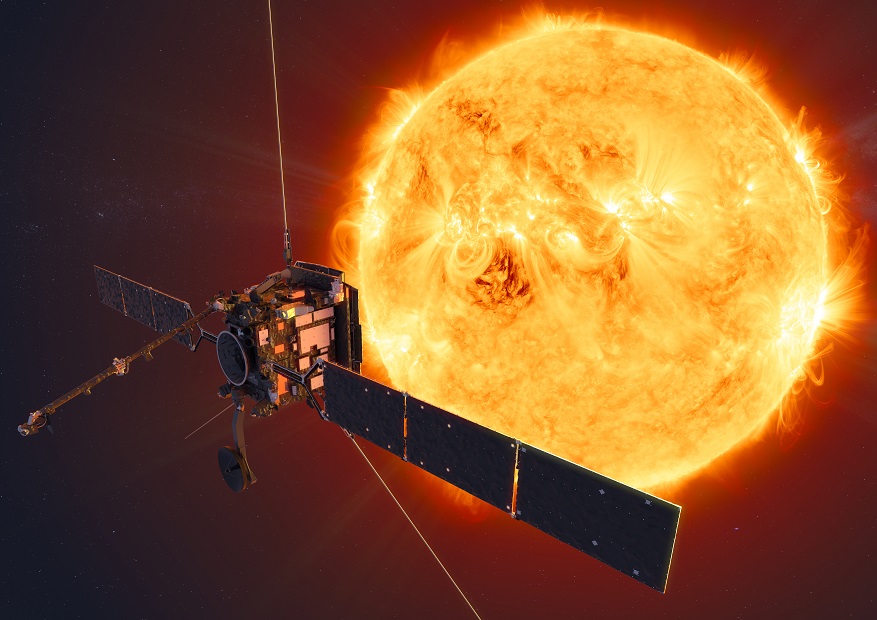 New images and spectra of the sun from the Spectral Investigation of the Coronal Environment (SPICE) instrument aboard the European Space Agency’s (ESA) Solar Orbiter, have been returned as part of a mission intended to provide new insights into the origins of the solar wind.

The Solar Orbiter, launched on February 10 this year, is now just over 77 million kilometres from the sun, and will take another 18 months to reach its initial operational orbit, when the serious science parts of the mission will begin. During the first close approach of the main science phase in early 2022, the craft will get as close as 48 million kilometres. Its orbit will then be adjusted to slowly climb out of the ecliptic and aims to provide mankind’s first ever view of the sun’s poles.

The images, taken in the extreme ultraviolet region, show the temperature and intensities of a range of ionised atoms, which are formed at temperatures from 10,000 to 10 million degrees kelvin, in the area of stronger magnetic fields which heats the plasma. This data will help scientists to unravel the mysteries of the origin of the solar wind.

Why the corona is more than 300 times hotter than the surface of the sun is one of the great unknowns for solar scientists and space weather forecasters. SPICE, which was developed at ESA at Harwell Campus in Oxfordshire, will be able reveal these processes for the first time.

“We are delighted to see the first spectra and images from SPICE. They promise to solve the outstanding questions about the dynamic processes and composition of the sun’s atmosphere. Spectroscopy is a powerful tool for the diagnosis of fundamental processes in hot plasmas. Each spectral line gives us a piece of the puzzle – combining information from all lines reveals the amazing complexity of the atmosphere.”