Sherlock Holmes and the Vampires of London. Pic: Charisma.ai

When TechTribe Oxford met Guy Gadney recently, he and the Charisma.ai team were preparing for the SXSW show in Texas where, with support from Innovate UK and the Department for International Trade, they were to launch the Charisma interactive graphic novel app to the US market.

Fast-forward a few weeks, the world had turned upside down, and their trip, the festival and meetings, were all cancelled, along with their plans to reach hundreds of thousands across the global entertainment industry. Undeterred, they stayed in Oxford and launched the app anyway.

share
go deeper
“We went virtual, and reconfigured the business, feeling fortunate that we are used to remote working,” says Gadney. “We refocused online and decided to continue regardless.

“The cancellation of SXSW has actually shown us how imaginative we can be with online marketing,” he adds. “The world has moved to video meetings and that’s a space we are comfortable with. Now we know how to do virtual conferences, it will be interesting to see if the world reverts back to the physical in the future, or whether a combination of the climate emergency and the virus has been the shock we needed to pull back on business travel.”

The Charisma app arrived on Apple Store and Google Play last week and promises to be a new storytelling experience for many. Readers choose from four original stories – there are more on the way – and in each one they can influence the action by interacting with the characters. So, imagine being alongside Sherlock Holmes, looking for clues and helping to solve crimes, and what you say to Holmes and other characters in the story affects the outcome.

All of the stories have been adapted by the Charisma team in partnership with the French publisher Delcourt. Sherlock Holmes and the Vampires of London is an original Victorian-era story. Supernatural saga Shadows of the Strix is set in an America terrorised by gargoyles, Akademy follows a group of young criminals working on top-secret projects for the government, and in Centaurus, the last ten thousand people leave a trashed Earth to find a new planet, where all is not as it seems.

Akademy is one of the new stories on the Charisma app. Pic: Charisma.ai

“It is always a fantastic feeling to launch a new project,” says Gadney. “But with Charisma this is more like launching a publishing house. Our titles will build, our group of writers will grow, and we will continue to innovate with this new form of storytelling we’ve created.”

The common thread in all the stories is that the reader is involved in the narrative and what they say to the characters affects the outcome. This form of telling and consuming stories has been made possible by artificial intelligence within the Charisma platform, developed by Gadney’s creative firm To Play For as a tool for writers to create stories that can have many outcomes.

The new app extends Charisma into comic books and interactive graphic novels, as Gadney explains: “From a storytelling perspective, we can bring the speech bubbles that you see in print to life as conversations with the reader. And suddenly it’s not just characters speaking to characters any more, it’s a character speaking to you, the reader. Then you respond and that influences the story. So it’s really quite magical.”

After less than a week on the market, the new app has been well received, as Gadney explains: “Downloads and conversions are strong and on target, even at this early stage. We have had comments through from friends and family who have felt it is “magic,” which is exactly the emotion we wanted to invoke.”

Looking ahead, Gadney thinks apps like this have potential to satisfy an emotional need for what he calls ‘vertical bingeing,’ keeping a story going in people’s lives when a favourite TV series has ended.”

He points out: “People want more and more to continue their relationships with the characters in a story when a series ends. I was always fascinated, having worked on interactive versions of TV shows, when we saw how emotional the language was at the end. It’s like a relationship has broken off, when something goes off air.

“Now there is horizontal bingeing, when we watch an entire series, and at the end have a list of ‘you may also like’ titles. This is highly unsatisfactory because we want more of the world we have just been inhabiting. We don’t want to move onto a new set of characters and a new planet, we want to stay with the people we have got to know.”

From a commercial perspective, keeping a story going with an interactive app keeps it at the front of people’s minds between productions. This is, as Gadney describes, ‘gold for the entertainment marketing cycle’. “You can’t have ads running on buses for the entire time a show is off-air. But if it’s on people’s phones and on their minds, it’s a short hop back into the series.”

Despite the major upheaval caused by the coronavirus, Gadney still sees great opportunity for Charisma and interactive storytelling in the US. “We have a shared entertainment language and while the US is a different space, our creative talent as Brits is astonishing and we are respected for it worldwide across all media, journalism, TV, film and games.

“A lot of this is because we do depth very well. We are confident enough to do short-form series then knock them on the head and that creates a sense of richness. Fleabag is a good example.”

Could interactive storytelling be about to take off big time?

“There have been two big booms over the past few years,” he says. “One is the collection of extended, virtual and augmented realities, or XR, VR and AR. I think the US leapt onto these models as ways of extending visual arts by applying technology.

“Then there is AI, which is a bigger conceptual leap to make. Once you realise how you can change storytelling, and what you can do, it’s completely transformative. But you have to go back to the DNA of the story and build it back from there. Once you‘ve done that, you’re in an incredibly important space and that’s where Charisma is playing.”

To find writers to develop stories in this new medium, Charisma regularly runs and takes part in writers’ labs which train authors, from all backgrounds and genres to have a go on the platform. In summer 2019, screenwriter Steve Lawrence, theatre writer Lydia Rynne and Rianna Dearden, who has a background in immersive theatre, all achieved placements at Charisma after taking part in a Writers’ Room with StoryFutures Academy. They went on to develop three of the graphic novels for the app, and Rianna has since joined the team full time. 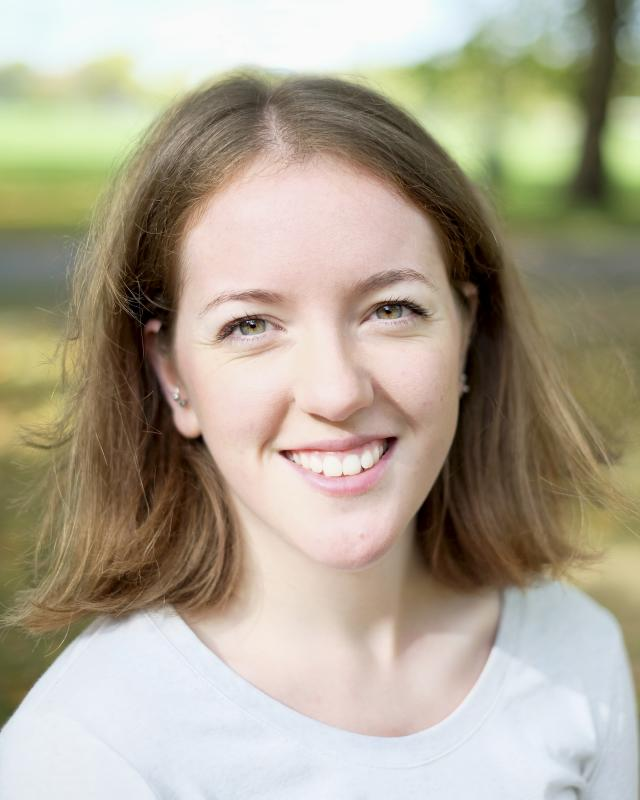 Gadney sees endless possibilities for the new app and the medium of interactive storytelling: “Working in a dynamic digital environment means you can go back, re-edit and make something better in 10 seconds, rather than have to send a book back to the printers.

“As with anything interactive, the joy is in doing it. Imagine what it feels like when Sherlock insults you or flatters you. There’s an intellectual stimulation there that is amusing and we think people will like. There’s also fun in the excitement we’ve had from people who wrote and illustrated the Delcourt books, who say, ‘I didn’t realise the story could go this far.’

“And we get feedback from readers, so we know what’s working and what’s not and then we can change it. Film and books were always very hard to change but now in digital you’re seeing edits very close to release dates. Our view is ‘why stop there? Keep it going!’ We are seeing what people are saying, how they’re enjoying it, and how we can personalise it, so it becomes a living story.” 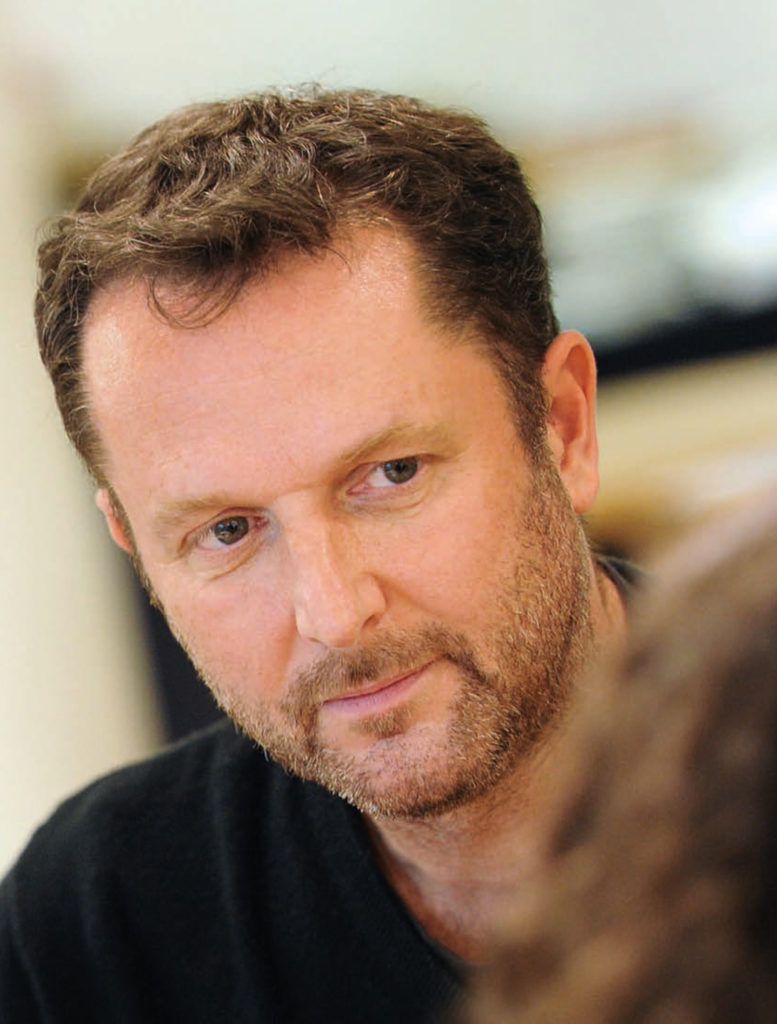 Before COVID-19, there was concern that online entertainment would take over our lives. Now, service providers are under pressure to fulfil the sharp spike in demand as social distancing measures take hold. Netflix has already agreed to slow the speed at which it delivers content to subscribers, to enable millions more to go online.

Story platforms like Charisma are part of the online entertainment mix, and Gadney points out they widen our choice now, just as they did before.

“There’s nothing new about this, as these are all habits we’ve always had. Now we have new things coming in and they’re exciting and colourful.”

The Charisma graphic novel app is available now on the Apple Store and Google Play via www.charisma.ai/app

Writers try out their creative ideas on AI storytelling platform
Who owns digital stories?
Bumper year for the video games and consoles market as sales forecast to exceed £2bn
Exclusive: Behind the scenes at Rebellion’s Didcot Film Studios – one year on
Coronavirus drives spike in online learning, as more people opt to stay at home
share this article