An app which tells you how busy your local supermarket is before you set off has been developed in weeks in response to the Covid-19 pandemic. Even in pre-lockdown times, a tool like Crowdless would be useful. Now, giving people the knowledge they need to avoid crowded places and to shop at the least busy times could turn out to be life saving.

The developers of Crowdless have their roots in preserving safety. Alex Barnes, Sebastian Müller and Yohan Iddawela are behind Lanterne, an app which is designed to help people to stay safe in unfamiliar areas. While they made a swift and remarkable pivot when the pandemic hit in March 2020, they were driven to create something that could make people more safe and potentially save lives.

Lanterne itself is less than two years old and applies machine learning to online data sources to enable people to anonymously report and receive information about an area. It aims to support economic development in areas of conflict and is useful for firms and their employees working abroad.

The team had planned the rollout of their product in Colombia, where they had interviewed over 50 people, built a wire frame and tested the data. The onset of lockdown forced them to cancel their trip along with plans to launch Lanterne there in June. 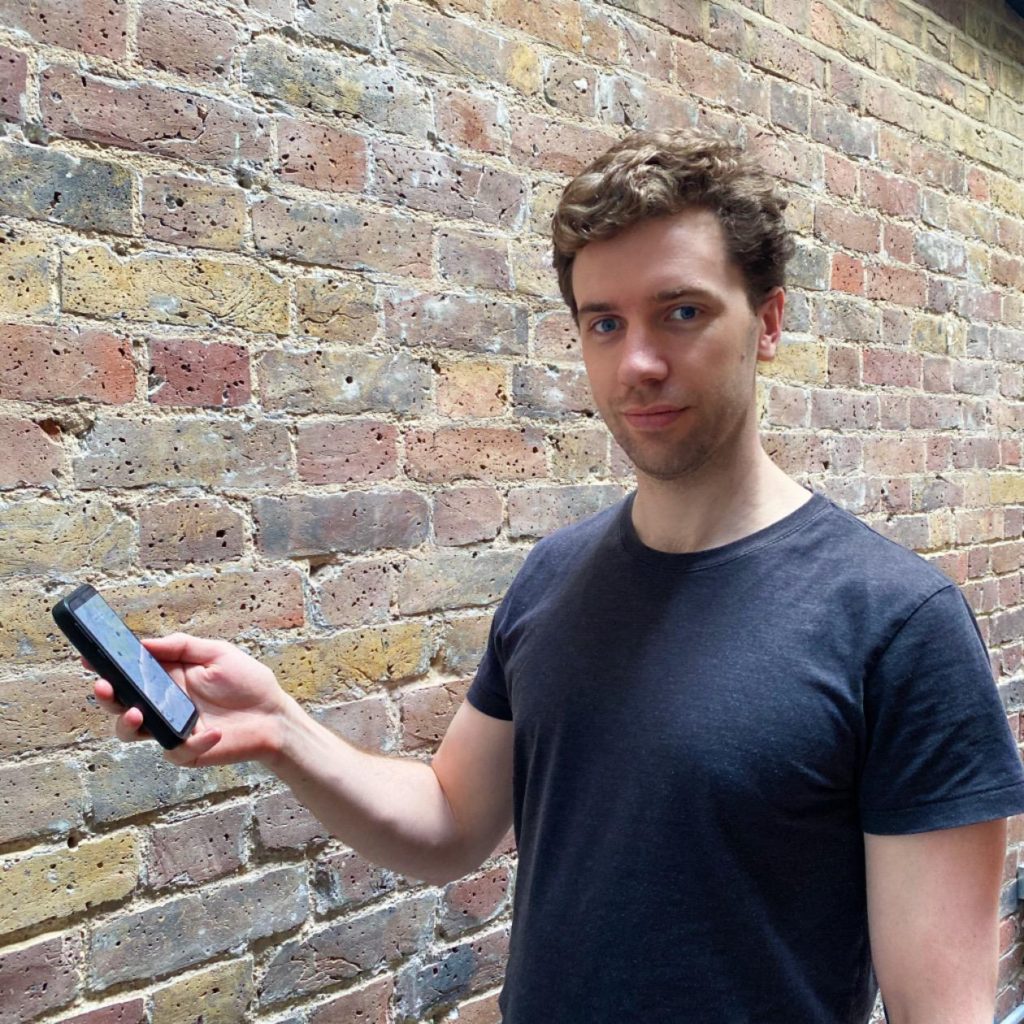 Alex Barnes explained how they had to react quickly once the scale of the pandemic became clear: “It was evident we couldn’t do much and if you’re in a startup you have limited runway. You have to prove you can achieve traction before you run out of money. It looked like everything we’d been planning would no longer be relevant.”

The team thought about how they could use their experience in datasets and machine learning in a way that would be useful during the pandemic. “Sebastian came up with the idea of helping people to social distance in supermarkets,” said Barnes, as it would be possible to use existing third party data as a proxy for how busy supermarkets are, “and they’re a place where there are crowds, so they would be relevant.”

It took Müller just 24 hours to create a concept for the app, which the team agreed looked relevant. They then put lead software engineer Mateusz Bednarski onto building and testing a prototype. Within three weeks they had launched Crowdless, which went live on April 20 and by early May had made over 30,000 downloads. 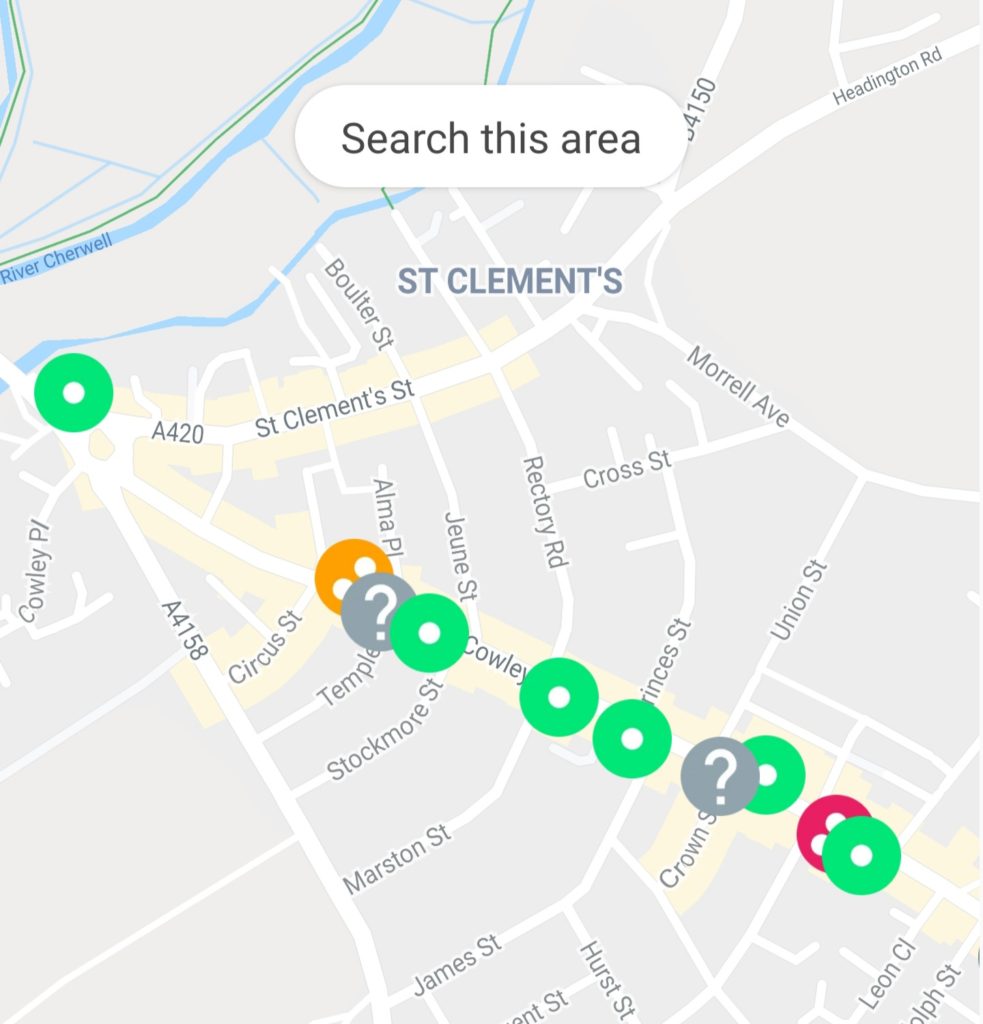 Crowdless – Red for ‘busy’, amber ‘not so much’ and green is ‘good to go’. Pic: Karen David

How Crowdless develops from here will, as Barnes explains, “depend on how much users are getting out of it,” and he admitted to having a mental target of 100,000 in the first three months. “Our values are ‘user first’ and we listen to our user base. I could see us adding in NHS hours for pharmacies, supermarket hours for the elderly and so on. Those things would be great and we are actively exploring options with different data providers.”

The team has been in talks with supermarkets about providing footfall data and opening hours and as with Lanterne, Barnes and his partners want Crowdless to have social benefit. “We want it to be a community application so everyone can contribute, and have users tell each other what’s there and what’s in stock.” He’d love to see people posting notes on, say, stock levels of hand sanitisers when they visit a store, but acknowledges people won’t want to fill in complex forms when they shop: “Maybe users could get a notification when they leave the store to answer a simple question,” adding that he’d like to give the outlets themselves the facility to input their own data. 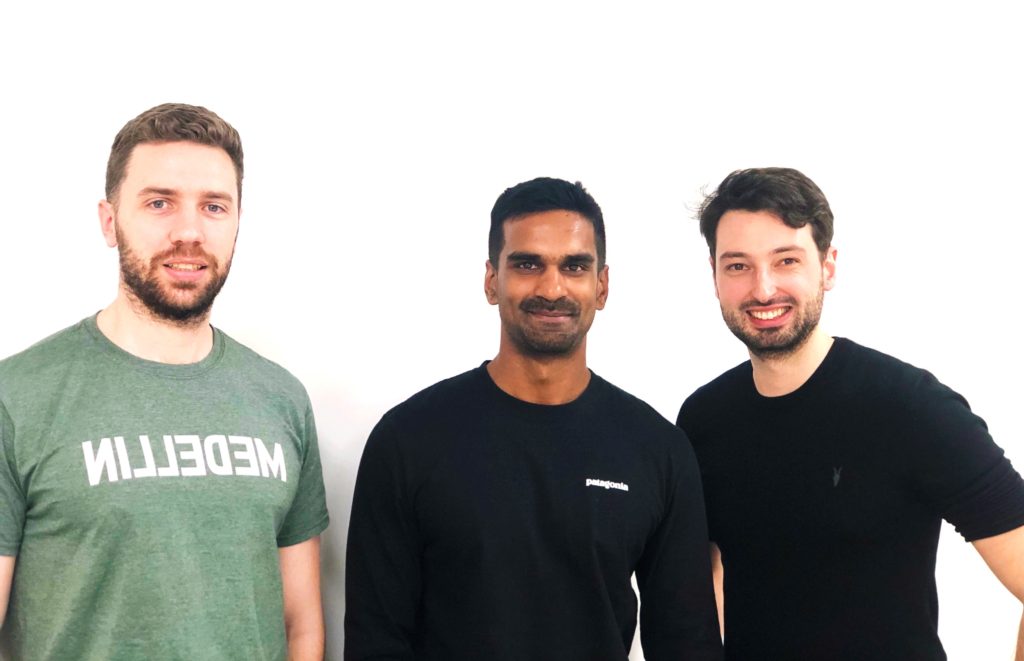 “We wouldn’t be where we are without the support we’ve received from the European Space Agency’s Business Incubation Centre UK, the London School of Economics, Oxford Foundry, and Santander Universities UK,” he says.

Barnes has been involved with Oxford University’s entrepreneur support facility Oxford Foundry – OXFO – since he first arrived in the city as a PhD student. In 2019 Lanterne won an OXFO competition for its conflict scanner, which led to a nomination for the Santander Universities Entrepreneurs Awards, where Lanterne was picked to represent Oxford. Earlier this year, Barnes presented Lanterne at the flagship Oxford Saïd Entrepreneurship Forum (OSEF).

A springboard for Crowdless came when Lanterne became part of an OXFO programme to support firms to develop solutions to the challenges of Covid-19. Lanterne was one of 13 ventures to take part in OXFO’s Covid-19 Action Plan, which names Twitter founder Biz Stone and Brent Hoberman of Founders Factory among its stakeholders.

Lanterne has evolved to become Crowdless, and the team will now focus its efforts on expanding its reach and usefulness across the globe. To the extent in these uncertain times that Barnes and his partners can look ahead, he says:  “So we think there are lots of really interesting things we can do to make Crowdless sustainable. And it’s using all of our skill sets in geospatial mapping and building apps.

“Our plan is to pursue Crowdless for the next 12 or 24 months and to give it a life after the current crisis. It holds some good opportunities after the pandemic such as never having to queue again, or knowing before going to the pub how busy it will be.”