Exclusive: Behind the scenes at Rebellion’s Didcot Film Studios – one year on

It’s almost a year since video games company Rebellion splashed £78m on a former printworks building in Didcot, with the aim of transforming it into state-of-the-art film studios.

After signing the deal last November, the team were in no hurry to start hacking about the 220,000-sq ft old Harmsworth site that once housed the Daily Mail’s printing press.

As you’d expect from a tech company, the first job was to scan the whole building on Old Milton Road near Milton Park, and produce an AR version where suggested renovations can be virtually walked through.

Meanwhile, back in real life, Rebellion’s Film Studios are a rabbit warren of offices, empty rooms and long corridors. Where printing press machinery has been ripped out, it’s left big empty spaces ideal for stages. There are also a couple of warehouses behind the building, providing plenty more scope.

Facilities manager Brian Fahy, who’s been based there since January, jokes: “It took me three weeks to find all the rooms in this place.” 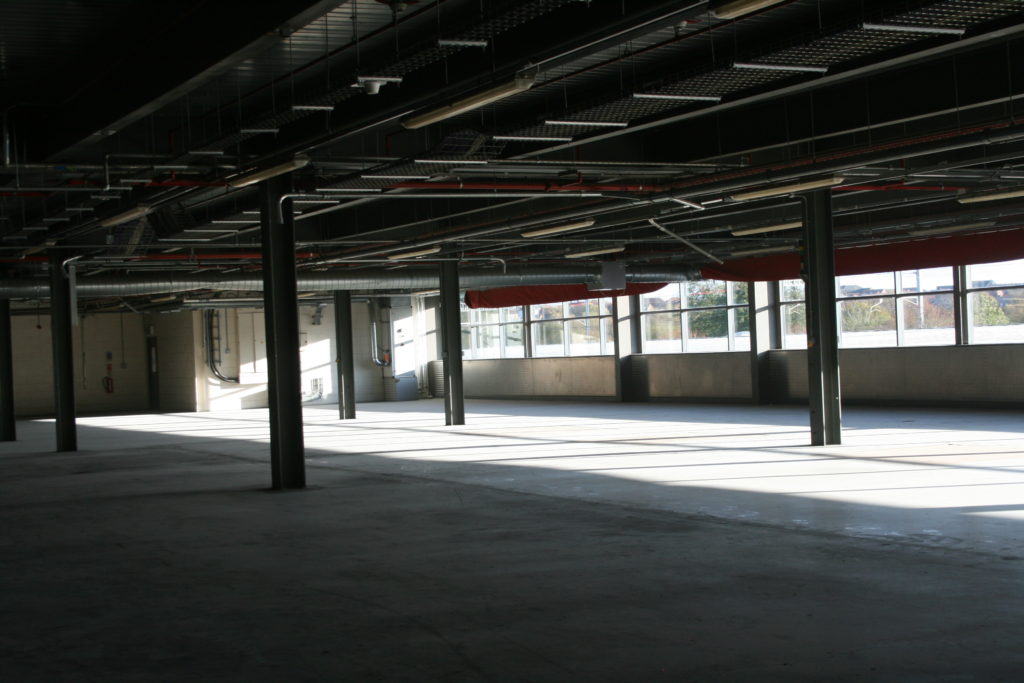 The studios have already been used for a couple of film shoots and motion capture and are available to those wanting to book stage space, but it’s a work in progress, as evidenced by the construction crew using jackhammers to break up what’s left of the beltway system that was used to move heavy reams of paper.

Another splendidly named area is The Precinct, where the visual effects (VFX) department will be housed. In this space – almost as big as Rebellion’s entire head office in Oxford’s Osney Mead – the existing small, high windows will be replaced with bigger ones to accommodate what will eventually grow to a 130-strong in-house VFX team.

An empty room, earmarked as the main screening theatre, will have a big screen, high-definition projector, Dolby sound system and stadium-style seating installed.

Other plans include building a canteen big enough to cater for film crews and adding dressing rooms and production offices around each stage area.

Throughout the building, which is already sound-proofed to a high standard, the plan is to create self-contained sections where external clients can rent studio and production space close together. 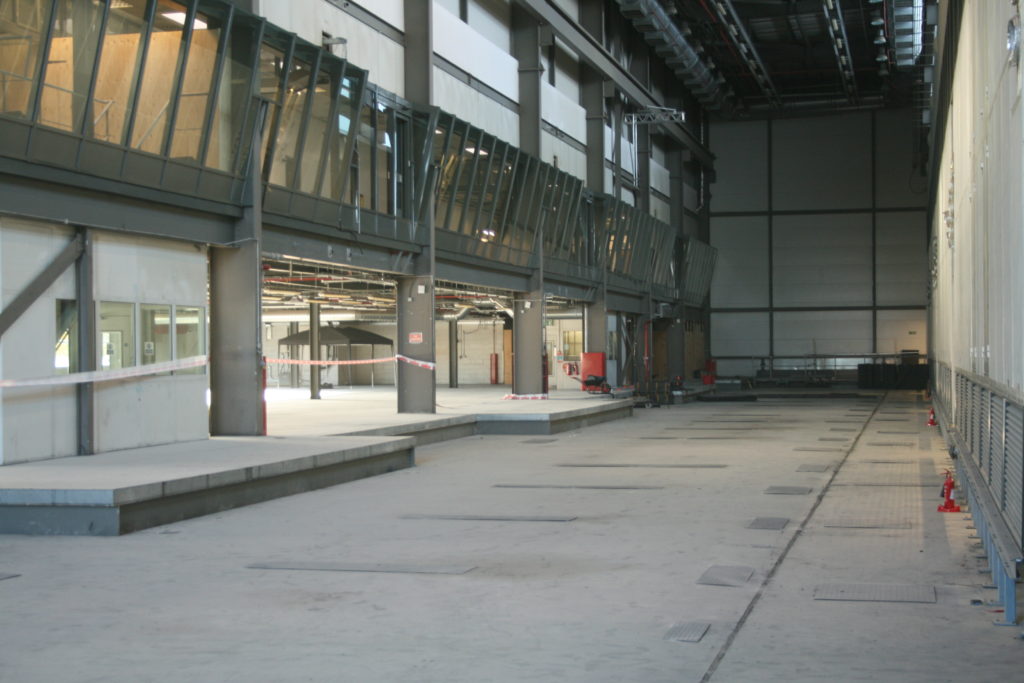 There are large spaces, where old printing machinery has been taken out. Pic: Gill Oliver

But the Rebellion team aren’t just refurbishing a building, they’re creating a film, TV and games production ‘city’, populated by other support companies.

The company is in negotiations to buy a costume company to bring on site, and talking to stunt companies who would base themselves there.

A rigging company is already ensconced at the back of one of the former warehouses. The firm, which relocated from Northants, works on many TV and film productions, including ITV’s The Voice.

“If you go to Pinewood, you’ll find all these support companies that come with it,” Rebellion’s head of film studios, Brian Mitchell, points out.

“The plan is to create an ecosystem that offers everything you’re going to need.” 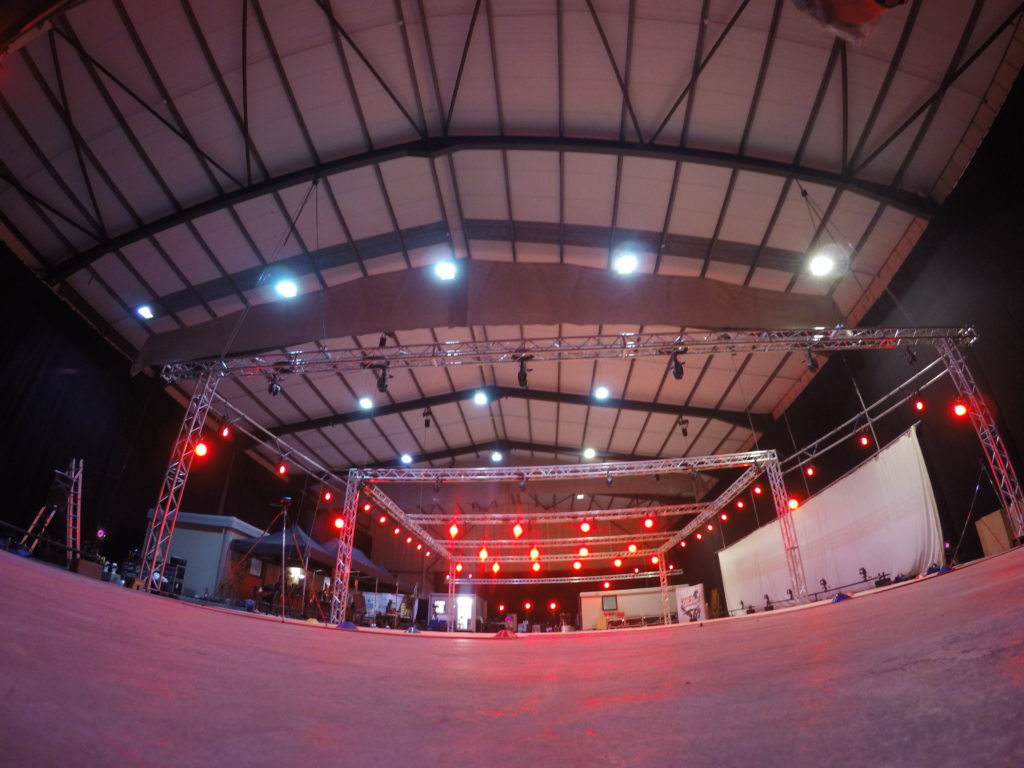 Rebellion also owns studios in Wheatley, where motion capture subsidiary AudioMotion is based. That has three stages and there are plans to add a couple of mezzanine floors and extra production offices.

“We’re expanding on what we offer, by pulling it all together,” Mitchell says.

The aim is to concentrate on productions that utilise the group’s extensive and diverse IP.

In the 26 years since it launched, Rebellion has developed a series of hit video games including Sniper Elite, Rogue Trooper, Zombie Army and Aliens vs Predator.

Through its publishing division, it also owns the rights to comics including the 2000AD series, best known for its Judge Dredd character, plus sci-fi and fantasy novels under the Solaris and Abaddon brands.

Previews of the forthcoming feature film Rogue Trooper, directed by Duncan Jones, have already been shot at Didcot.

Meanwhile, a six-strong VFX team is working on post-production of another Rebellion IP production – albeit with a much smaller budget – dystopian film School’s Out Forever.

Rebellion’s purchase of Didcot studios has attracted a lot of attention from the wider film and TV industry, not least because of the shortage of studio space in the UK.

Disney’s long-term agreement to take over almost all space and stages at Pinewood in Bucks until 2029, and Netflix’s recent deal to set up a 14-stage production hub at Shepperton, suggests there will be more producers looking for alternatives. 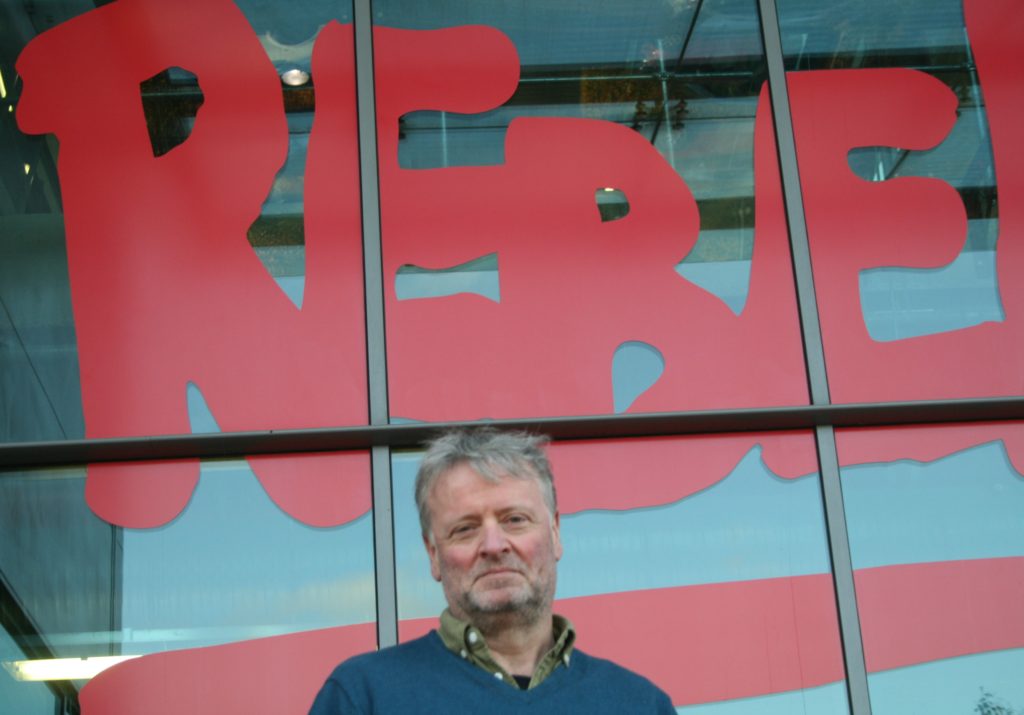 Streaming giant Netflix has also been in to see and hear what’s planned, Mitchell confirms.

Rebellion’s desire to create its own productions from its own rich seam of IP, is part of the ongoing conversations with Netflix, Mitchell says.

“Those conversations are definitely happening and there’s lots of interest from all the big brand producers,” he adds cryptically.

He points out it’s Rebellion’s head of film, TV and publishing Ben Smith and chief executive Jason Kingsley who handle IP deals – but it’s likely Rebellion will also be talking to other major players, such as Disney and Apple, known to be seeking quality content for their new streaming services.

“Because of our ability to create content, we’re in a really great position to talk to all of these guys,” Mitchell points out.

“The long-term goal is to do our own productions, because we’ve got all the IP but in the short term, we’re open for business for anything coming in,” he adds.

“It’s also about letting people know we’re not completely new to this – it’s not just like we’re a games developer trying to make films. We’ve got experience and knowledge of various aspects of it already,” Mitchell adds.

He’s referring to AudioMotion, whose motion capture wizardry can be seen in a string of high-profile movie and TV productions including the Harry Potter series, Iron Man, The Watchman, Ready Player One and A Monster Calls.

Mitchell adds: “The nice thing has been to have the time to really think about how this studio will work in terms of the flow of pedestrians and vehicles. For instance, imagine a load of school-children extras who have to be taken to a studio stage, while you’ve got guys flying around on forklift trucks.” 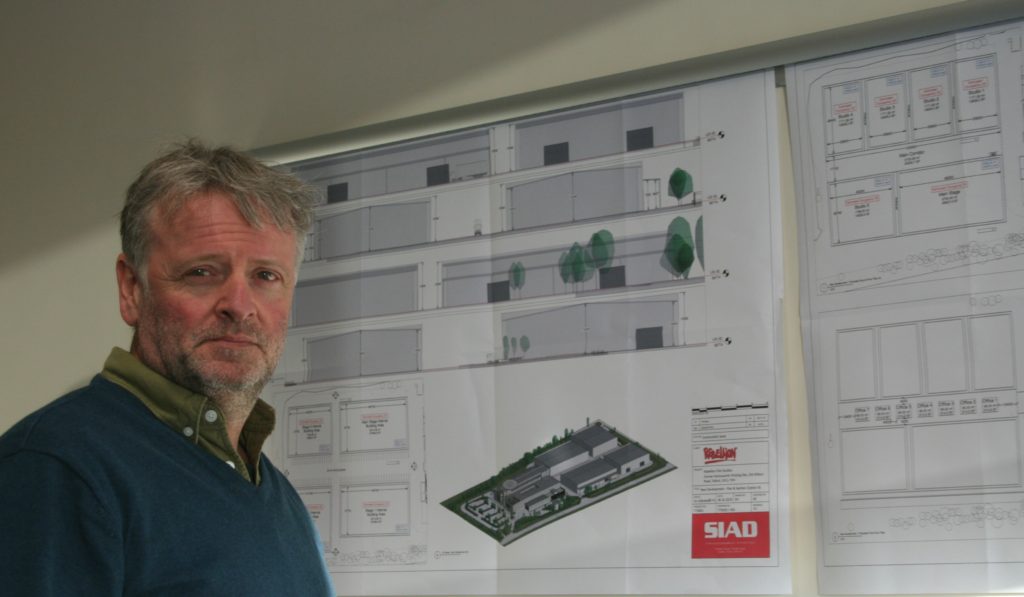 Despite there being only about 12 people on site now, the facility will create hundreds of jobs during the next few years.

“With film-making, typically, you ramp up your freelancers with a production, shoot for a few months and then they go again,” Mitchell points out.

“We’re different because we’re producing our own IP and scripts and have the internal tech and studio space to take it from start to finish.

“That will help us control and sustain the workload to support permanently hired people,” he adds.

New infrastructure, including hotels and restaurants, springing up in the vicinity such as the Courtyard at Marriott at the entrance to the nearby Milton Park, is proving helpful.

Fahy explains: “Production managers talking to us about logistics are asking if they can put up a crew of 50 people in one hotel nearby, instead of travelling to location and studio shoots? Yes, actually. And they’ve been very interested to hear that.”

He adds: “Someone came in a couple of days ago looking to shoot something. He walked into the Precinct and instantly said: ‘This is my space’.

“We’re getting a lot of positive feedback – it’s less people saying whether or not they want it and more ‘How fast can you build it?’”

Bumper year for the video games and consoles market as sales forecast to exceed £2bn
Using AI to engage with the human spirit
New £150m film studios and digital creative hub to be built near Reading
Keep your ears open if you want to write a film script, says Oscar-winning screenwriter Simon Beaufoy
Rebellion’s Latest Video Game Sniper Elite VR is in “late stages of development”
share this article