Writers try out their creative ideas on AI storytelling platform

Screenwriters from the worlds of film, TV, theatre and games have been selected to develop their ideas for interactive stories on an AI storytelling platform at The Writers’ Room, a two-day training programme. The programme is a collaboration between immersive storytelling centre StoryFutures Academy and Charisma.ai, an AI-driven platform which simplifies the writing process for stories that enable the reader or viewer to interact with characters and influence the outcome.

Guy Gadney explains that the objective of the lab is to give writers the chance to get their hands on the platform:

“Part of what we want is to educate the writing community in a really open way.  So we have set this up to find and incubate new writing talent and get them up to speed with what we do.”

To qualify for The Writers’ Room, a track record of screen credits was preferred but not essential. Charisma.ai and StoryFutures Academy purposefully made the call-out to writers as open as possible, in order to attract people from a wide variety of backgrounds. They needed to be keen to develop their ideas for character-driven stories using new technology.

At the end of the training programme, StoryFutures Academy is offering co-funded placements for a number of writers who will go on to work with the Charisma.ai platform learning ‘on the job’. Both parties will benefit from knowledge-sharing, as the writer brings extensive storytelling experience, while learning new interactive writing skills.

The StoryFutures Academy Writers’ Room is the first collaboration between To Play For and StoryFutures Academy, which ran a similar programme in June with VR studio Maze Theory. This gave writers an opportunity to work on their upcoming Peaky BlindersVR experience, due for release in 2020. 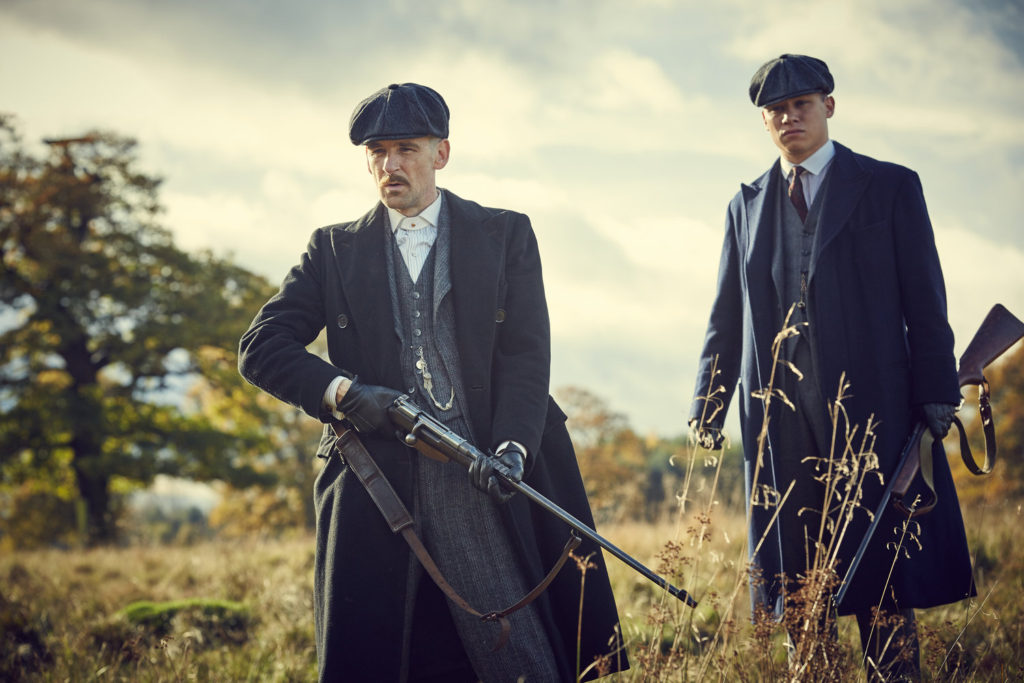 Adam Ganz is impressed by the response to the Charisma.ai open call. “We received almost 100 entries and could have filled the room three times over,” he says.

The Charisma.ai platform was developed by Oxford-based team To Play For, to provide a simple, intuitive tool for writers to create stories for interactive media. Gadney regards interactive stories as really powerful – carrying an emotional strength entirely different to words on paper. While they weren’t short of ideas, writing them down presented many technological challenges: “It was impossible to keep that story, tension, pace and emotional engagement alive while also juggling these bits of technology. It was just not conducive at all to telling the story.”

Charisma.ai bubbled out of addressing those challenges as the rise of AI and machine learning took hold. As the technology developed, it became possible to create a platform that writers could, as Gadney says, “just put their stuff in and write.” 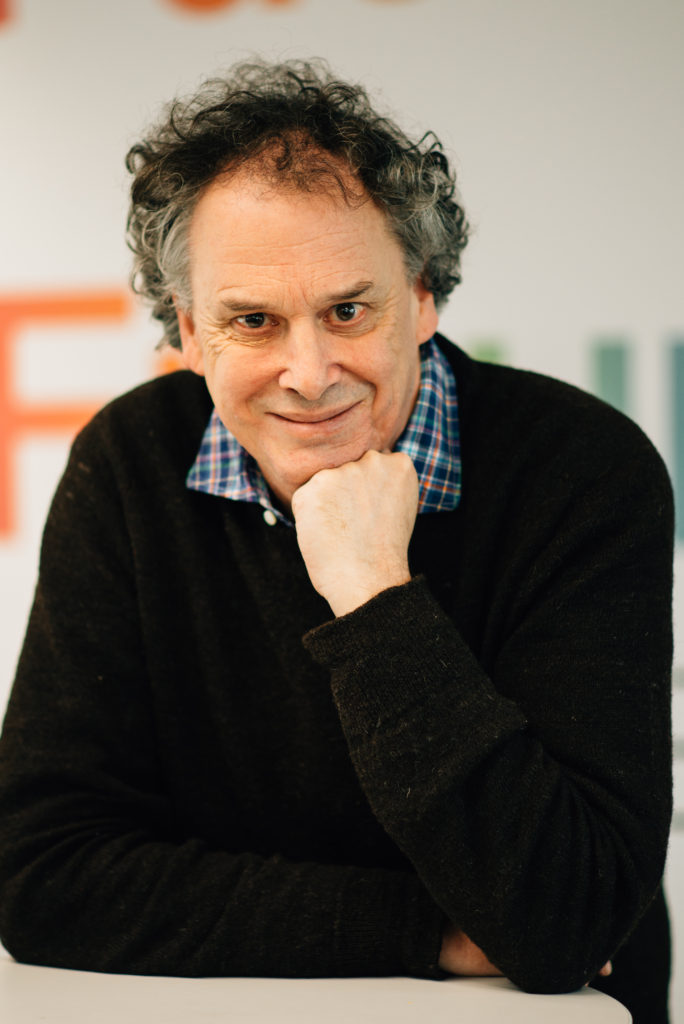 In December last year, interest in interactive storytelling exploded when Netflix launched Bandersnatch, the Charlie Brooker and Annabel Jones production from the Black Mirror series which enabled viewers to choose their own endings.

As a writer, Brooker had experienced challenges in penning an engaging, cinematic production from an incredibly complex and branching narrative. In an interview with Hollywood Reporter he said: “You couldn’t do this in a flow chart because it’s dynamic and tracking what state you are in, and doing things accordingly.” The final product — which looks like islands of flowcharts that branch out to include series of if-then options — creates an infinite number of variations to the story because of the ‘state tracking’ technology that monitors viewer choices as the experience progresses.

He points out the Bandersnatch style of allowing viewers to ‘choose your own adventure’ is different to Charisma.ai: “It implies a sense of control over the story and in some ways, you’re directing where the story goes. Our view is that you’re in the story and that’s a very different place to be.”

He explains how Charisma.ai enables viewers to change the outcome of a story by interacting with the characters:

“If you’re nice to a character they will tell you stuff that if you’re not nice to them they won’t and that will change the outcome. This is easy to say but difficult to achieve and that’s the way we wanted to do it, because it creates a sense of drama.”

He describes how the experience could play out for the viewer: “You might go into a room with two characters having an argument and if you’re drawn in, you might take one side over another. Suddenly you’re in the story and you have an impact on the emotional development of those characters.

“That’s cool and that’s what we want to achieve. And it’s super not easy.”

The creative output from The Writers’ Room has great potential, with so many different writers on the programme (see box for the full list). Ganz is excited about bringing them together:

“Our aims are to introduce writers from film, TV and games to the world of VR and interactivity so we have a combination of people with curiosity and experience.

“We are looking at the way in which writers respond to new technology and the way their imaginations can find exciting ways of helping people to understand the process. Writers are extremely good problem-solvers and we have people from a range of different backgrounds who will ask different questions from the technology and find out things that nobody else could.” 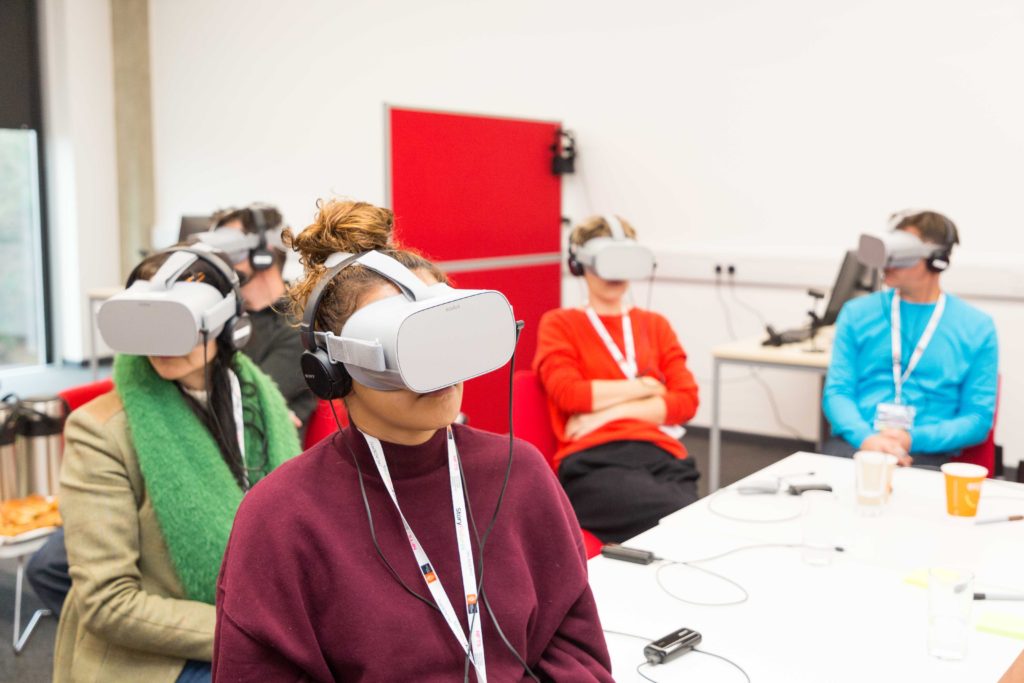 He goes on to say the creative possibilities of the lab reminds him of the discovery of autotune, a tool which automatically corrects notes to the right pitch, developed by Andy Hildebrand, an oil industry scientist involved in reflection seismology. An avid interest in music led him to ask whether the technology used in geology to perfect a sound curve could be used in music production, and Autotune was born.

When asked how interactive storytelling differs from conventional writing, Ganz explains technologists who develop creative platforms are able “to make processes visible in ways that respond intuitively to writers’ demands. Ultrasound is an example, as people see the body completely differently to how they did before.”

As to what outcomes he expects from the writers’ lab, he adds: “I’m excited about the way writers will respond to the platform and what Charisma.ai and the writers will learn from each other when they’re together.”

StoryFutures Academy is based at Royal Holloway University London and works to place creative storytelling at the heart of immersive technologies and experiences. The centre regularly runs training programmes for content creators in film, TV and gaming industries.

Collaborating with platform developers is something the Academy has become more involved in.

Twelve writers (see box) will take part in the two-day lab, at the end of which participants pitch their ideas for placement on a 10-week programme with To Play For and Charisma.ai.

The 12 writers selected to take part in the StoryFutures Academy/Charisma.ai Writers Room at the National Film and Television School:

Claire Elizabeth Alberie is a writer and director for film and theatre. Her projects include mixed-media commission I Had a Dream I Can’t Die for Bristol Shakespeare Festival and short film Tell Me Something I Don’t Know (2018).

Rianna Dearden is an actor and voice-over actor, working across video game voice-overs and audiobooks, and runs the theatre company Lost Watch. Her writing has been supported by the Peggy Ramsay Foundation, Arts Council England and she is on the 2019 cohort of the Limit Break Mentorship programme for Women in the Games Industry as a narrative designer mentee.

Laura Grace is a screenwriter. She is on the writers’ room for Sky UK’s Intergalactic, following two seasons on Sky Deutschland’s award-winning Das Boot, and has an original drama series in development with Sky and Endeavour Content, and has written pilots for Channel 4 and HBO Nordic. Her original pilot Darklands with Channel 4 and Bad Wolf topped the inaugural Brit List 2018, and was named a Hot Shot by Broadcast Magazine.

Karen Hunt is the founder of Narrative Hunt, a scriptwriting, narrative design and creative copywriting consultancy and hub for artistic and commercial projects. She has been a senior writer and narrative designer across a variety of game titles, including City of Love for Ubisoft, Angry Birds Evolution for Rovio & Chimera and Criminal Case for Pretty Simple.

Marc Pye has written for TV series and serials including EastEnders, Holby City, Hollyoaks, The Bill, Waterloo Road, The Royal, Holby Blue, Doctors, Echo Beach, River City, High Road, Moving On and RTE’s Fair City. Working with Jimmy McGovern, he wrote The Flasher episode for the BAFTA, International Emmy and RTS-award-winning series one of The Street. Previous credits include the novels Lollipop and Rewire, short films, Baldy McBain, Last Legs and Instant Credit, and feature films, Act of Grace and The Daniel Connection.

Mark Heywood is a novelist and screenwriter. He is the co-author of the Mark Dewar Cordoba historical thriller novels, and was shortlisted for the Crime Writers’ Association Debut Dagger Award in 2008. Mark has several feature film and TV projects in development.

Gavin Ingles is a fiction and games writer. He has written two commercial interactive novels, and has an upcoming graphic novel and new media commission.

Marie James is a writer and producer. She has written the radio play The Coggeshall Quads, theatre play The Sentence and film Mesh which premiered at Encounters Film Festival and won the Kodak New Filmmaker Award.

Steve Lawrence is a screenwriter with credits in comedy and drama. He was selected for the BBC Writers Room Comedy Room 2017-18 and is a graduate of the Screen Academy Scotland. He has written for BBC Comedy Online, The Essay on BBC Radio 3, The Leak on BBC Radio Wales, Newsjack and Sketchtopia on BBC Radio 4 which airs later this year. Commissions include Scot Squad on BBC Scotland, People Just Do Nothing and EastEnders Snapchat stories and children’s podcasts for the BBC Sounds app.

David Morris is a videogame designer, author and comic book creator. He was a mentor on the American Film Institute’s Digital Content Lab, where he worked with NBC on a game tie-in with Law & Order. He has also developed shows with CBBC, Corona Pictures and Imaginarium Productions. In the games industry he has been a design consultant and was lead designer at Eidos Interactive and Elixir Studios. His credits include an interactive reworking of Mary Shelley’s Frankenstein, political gamebook, Can You Brexit? and an interactive drama for Amazon Echo, Fright Tonight.

Lydia Rynne is a MA Screenwriting graduate of the National Film and Television School (NFTS). She has a background in devising and writing for theatre. Her first play, The Buzz, won the inaugural Bread & Roses Playwriting Award in 2017 and her second, Hear Me Howl, was written on attachment to Soho Theatre’s Writers Group and ran at the VAULT Festival 2019. She is on the Royal Court Young Writers Group, has been named a Funny Women Award finalist and is one of five writers to be mentored by BAFTA x BFI Crew.