When employees of digital agency Torchbox were invited to a company meeting for a ‘major announcement’, they must have dreaded the worst. Instead, the outcome was anything but. Founders Tom Dyson and Olly Willans were inviting them all to become shared owners of Torchbox, as one of the first digital agencies in the UK to become employee-owned.

In two decades, Torchbox has grown to 65 people across offices in Oxford and Bristol and has just generated its first profit over £1m. From the start it has focused on servicing ethically minded, socially positive enterprises with digital products and marketing. Its Wagtail open-source content management system is used by global brands Google, NASA and Oxfam, universities and broadcasters in the US and the NHS in the UK.

The idea to transition to employee ownership came to Dyson and Willans when they were considering the long-term prospects for Torchbox and how to preserve its values and culture.

“Our agency DNA is values-driven,” says Willans. “So, 95 percent of our work is for non-profits. We have a prominent reputation in that space for building large-scale projects, digital projects and big websites.

“One of the strongest reasons people join Torchbox is they don’t want to work for banks, the defence industry or big pharma. They want to be working for people making the world a better place.”

He goes on to say that although they might have found someone interested in the business and continuing it on, there’s a risk of that commitment gradually getting diluted over time: “That would have felt to us like a slow betrayal of the reasons we gave people for coming to work for us.

“It’s fair to say we’re growing strongly. We’ve just had our best financial year in 19 years by a substantial margin and that’s created a springboard to make this move to become employee-owned.”

Torchbox ownership passed to employees on June 28 – this year’s Employee Ownership Day. Shares in the firm were sold to an employee ownership trust, to be paid for from the firm’s profits over a period of around five years. “So instead of taking profits as dividends [employee shareholders] will take those profits as repayments for their shares,” explains Dyson. “The reason that makes sense, is that those repayments have zero tax for shareholders. At the end of the repayment period, they will get something that is already worth something to them and when that payment is finished, that £1m profit will be their £1m profit.”

The employee trust is led by a board of six directors including Dyson and Willans, who remain until the loan is paid out, creating a stable transition for the business with the founders involved in the business as much as they have ever been.

“The way this works very much incentivises us to be aligned to the business needs. In order for those payments to be met, the business needs to do well,” says Dyson. “It gives us a nice transition period to be able to plan and evolve leaders within the business to take over.”

The pair announced their decision by bringing all 65 employees together for one meeting. Dyson says: “There was a lot of interest and perhaps some anxiety on behalf of the staff thinking about what the announcement might be. People had guessed it might be a sale and were on the whole relieved with the outcome.”

To select four more trust directors, they created a working group which asked employees to nominate themselves to be voted onto the board. “We wanted to enforce some diversity, so at least one person from each gender from each of the two offices,” says Dyson, but with him and Willans included, they first ended up with one woman and five men on the board, which didn’t feel like a reasonable representation of the business.

“A really nice thing that happened after that vote,” he adds. “The three men took it upon themselves to volunteer that whoever got the least votes would be replaced by the woman with the next amount of votes.

“I felt very moved by that, because it was immediately an example of the trustees wanting to work in the interests of the business rather than their own interests.”

The trust directors are Alex Bridge, Rebekah Evans, David Harris, and Amina Iqbal, who talks here about what it feels like to become an employee owner of the firm:

Clients have taken the transition well: “We’ve had a lot of really heartfelt appreciation and people saying that this is exactly how I want suppliers to behave,” says Dyson, adding: “The dream about employee ownership is that it creates better companies where everyone feels more motivated to do a great job for their clients because they’re not working for the man, they’re working for their own thing and they feel ownership, deeper engagement and that leads to better work.” 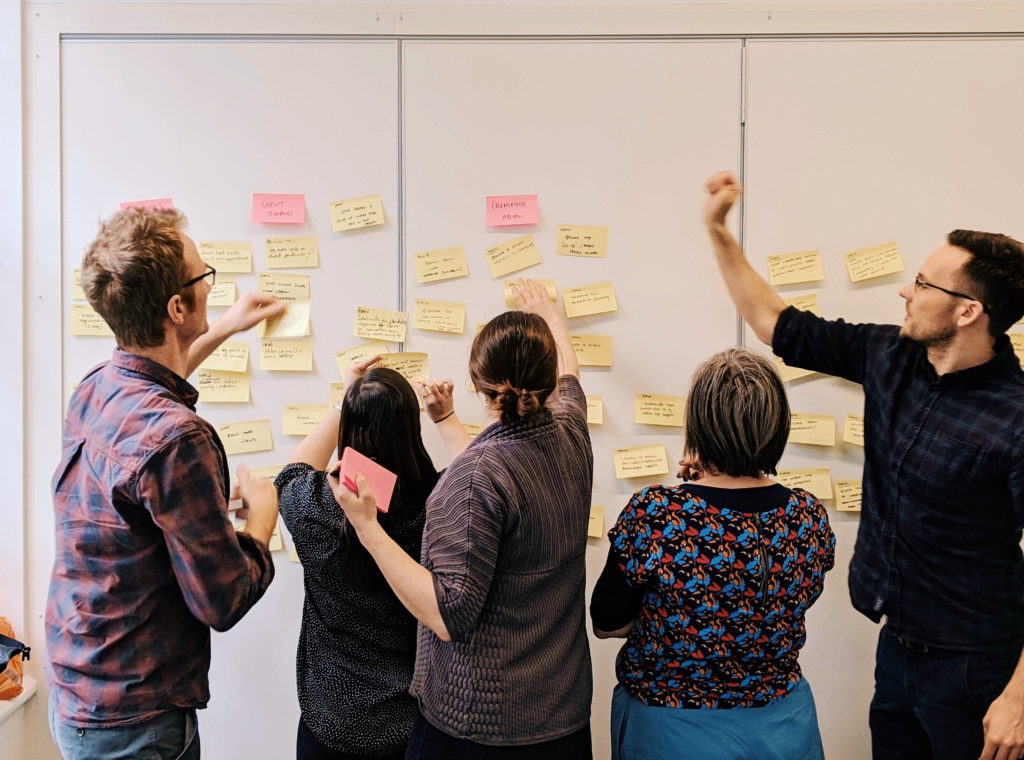 Since the move, daily life at Torchbox goes on much as before. But there is a change, as Dyson explains: “On the one hand it feels very momentous but then you come into work and everything is the same. You still have clients to call, the same issues, and the senior management team remains the same.

“I think the challenge for us over the next four to five years is getting the balance right between not feeling like too much has shifted so people feel worried about things moving too fast, but also making it feel like it is a very real shift in control and ownership.

“We wanted to feel different, as well as be different. But not too different.”

As one of the first UK digital agencies to make the transition, Torchbox is receiving interest from around the industry. “I’ve  already had quite a few messages from other agency owners who are interested in this,” says Dyson, “so it feels like there’s a sort of groundswell towards this kind of transition.” 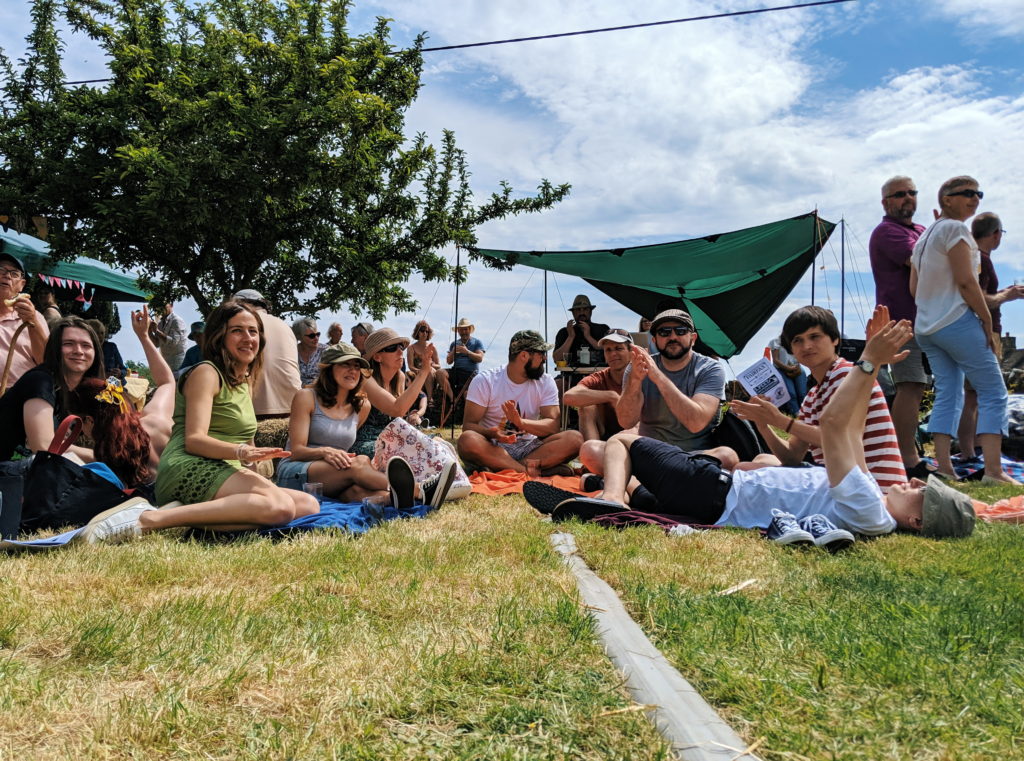 Employee ownership is on the rise. Torchbox joins an estimated community of 370 employee-owned businesses in the UK, according a survey from The White Rose Centre  for Employee Ownership. More than 60 per cent of these have converted to employee ownership since 2014 and 50 per cent are from professional services. John Lewis Partnership is perhaps the most well known firm for being employee-owned and more recent conversions include Aardman Animations, Riverford Organics and Richer Sounds.

In Oxfordshire, Wise Investment became employee-owned six years ago, when its founder wanted to preserve the culture of the firm. Chief executive Alex Rae, who has been with the firm for 19 years, explains the firm was very inclusive before the move and becoming employee-owned has made it more so: “We’re a traditional firm in that we have a board and management team, but we go beyond what other companies might do.  We involve employees in decisions and keep them informed.”

Rae believes being employee-owned encourages long-termism:  “We feel like we’re making decisions for the longer term. We make the decisions and we run the business. We’ve made lots of changes over the years but always for the longer term.”  She surmises: “Perhaps if you’re running the business with external shareholders, you tend to have short-term goals. That’s how it feels anyway.”

Rae advises business owners considering the transition to employee ownership to be prepared to relinquish control and to be patient: “It’s important to be willing to let other people into the business. I have heard of cases where this hasn’t happened and you don’t get such an engaged workforce.”

“Also things don’t change overnight. It has taken us six years and we’re a lot further forward but we’re not there yet.” She recalls that on the day after the transition took place, little actually changes: “You have to make change and it takes time.”

Deb Oxley OBE, chief executive of the Employee Ownership Association, says: “We are seeing increased growth in the employee ownership sector. Businesses such as Torchbox that rely on the high skill, creativity and relationships of individuals tend to thrive when giving employees a greater stake and a say in the wealth they create.

“This empowers employees to act in the best interests of their business, delivering extra discretional effort, which harnessed behind a common purpose has a very powerful effect on business performance. This sustainable business model also roots the jobs and contribution of the business to its local economy for the longer term.” 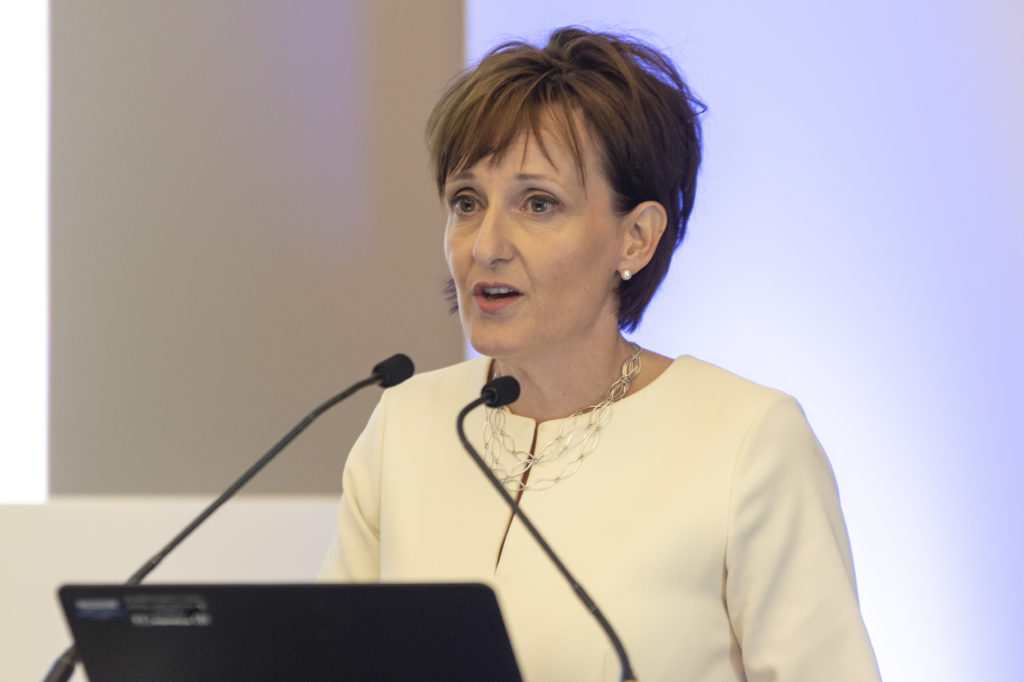 Advice from the Employee Ownership Association

‘You need to plan your journey to employee ownership. As well as the legal and financial aspects of transferring ownership of the businesses and the supporting governance, you need a plan that brings employee ownership to life for your business. This would include the mechanism for voice and influence, an engagement plan to bring the employees on the journey with you and defining your values to help develop your business’ employee owned culture.

‘So, the best advice for those looking to become employee-owned is let us help you with that! Join as an affiliate member of the EOA and we can help you explore. We can connect you with other businesses who have been through it, best practice, peer to peer networking and advisors.’