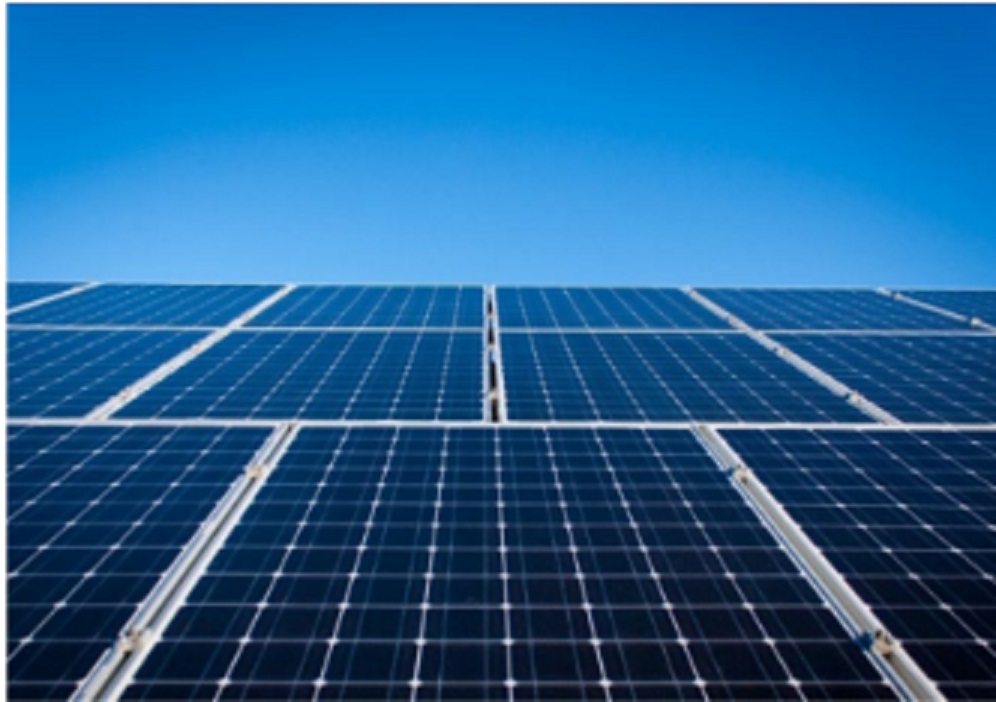 Oxford PV has developed technology based on perovskite chemistry that substantially raises the efficiency of solar cells. The firm’s new generation of cells increase the energy captured by the sun by between 25 to 40 per cent, an improvement which transforms the potential of solar and will make a significant contribution to sustainable electricity generation.

The company was established in 2010 as a spinout from the university laboratory of Professor Henry Snaith. Snaith and his team developed solid state perovskite solar cells. Later they combined these with conventional silicon based cells to produce a highly efficient means of harvesting solar energy. The company is now turning these inventions into large scale production.

The growth in photovoltaics has been close to exponential since 1992, as countries strive to replace carbon-based fuels. Its growth is forecast to continue for the foreseeable future.

A mineral discovered in the Ural Mountains in 1839 was named after Russian mineralogist Lev Perovski. It has an unusual crystal structure and a range of chemicals with the same structure can be synthesised, including some that have light-harvesting characteristics.

Oxford PV has created perovskites with sensitivity to solar radiation which complements that of silicon cells. When used in combination, a given area of these cells can capture more of the sun’s energy.

The area under the thick blue line represents the total available energy. The blue-shaded area is the portion that can be captured by silicon cells and the light brown area represents what can be captured by the perovskite layer. These tandem cells already outperform silicon cells, and Oxford PV expects to increase the efficiency of this configuration to more than 33 per cent.

Oxford PV has found a way to combine the two cell types by overlaying conventional silicon cells with a thin layer of perovskite ‘tuned’ to capture as much of the blue end of the spectrum as possible.

Oxford PV’s inventions are secured by more than 250 already granted and filed patents. Since Snaith published the first papers on the technology in 2012, interest in it has snowballed. Now there are three-to-four thousand academic papers on the subject published each year and, based on the number of citations in these papers, Snaith is recognised as one of the world’s most influential scientists. 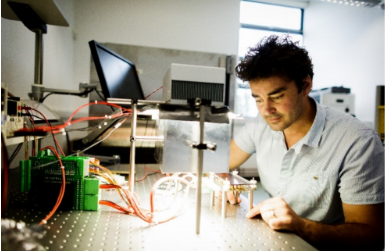 Oxford PV started life in the Begbroke Science Park incubator site. In 2018, having outgrown those facilities, the company moved a couple of miles down the road to the business park at Yarnton. Its chief executive now is an urbane German, Frank Averdung, who is leading the company from its start-up phase into commercialisation. 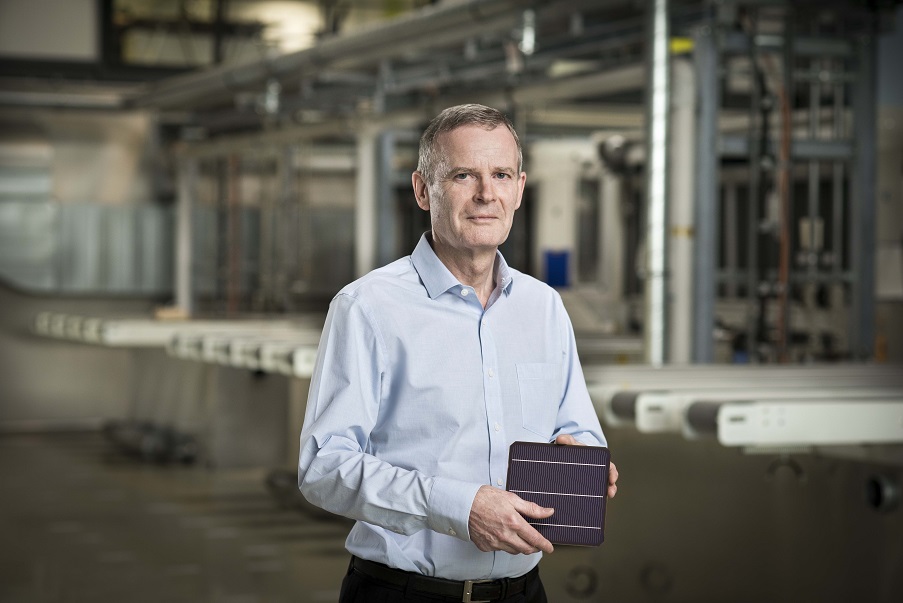 Averdung explains how Chinese manufacturers are scaling up the production of solar cells to multiple Gigawatts of output per annum. The majority of patents around solar cells were filed in the 1950’s and ‘60’s and with most now expired, the technology has become commoditised with a commercial model that relies on manufacturing efficiencies continually driving down cost.

So how does a new, more expensive technology compete with one that is well-established and cost-reduced? Averdung says the proportion of the typical cost of installing PV cells represented by the cost of the cells themselves is around 12 per cent. The rest is accounted for by labour, mounting hardware and the cost of the associated electronics. Thus any change, up or down, in the cost of the cells makes little overall difference. If, however, the installation delivers 25 per cent more electricity, the commercial advantage is plain to see. A corollary is that Oxford PV’s tandem cells make most sense in space-constrained applications, such as on roofs.

When in 2015, the Oxford PV team took the decision to start manufacturing they looked for a facility of suitable size with some appropriate equipment. Unable to find anything suitable in the locality, they searched further afield, but met a weak response from other UK regions. Sites on both coasts of the US showed great interest, but were eventually ruled out because of the logistical challenges of working with a UK-based R&D centre.

In the end, Oxford PV found willing and lively partners in Germany and, in a decision taken in the wake of the UK’s 2016 Brexit referendum, purchased a facility from Bosch located in Brandenburg an der Havel. The 17,000 m2 factory came with a collection of useful equipment and access to a skilled workforce.

Was the decision to set up production in Germany a consequence of the referendum vote? “No,” says Averdung, “but it supported the decision because we realised that if the UK left the EU, any manufacturing set-up here would be in danger.” He explains that eligibility for EU grants and the relationship with the European Investment Bank were also issues.

The manufacturing techniques for making tandem perovskite/silicon cells are very similar to those already used to make silicon cells. The perovskite layer is superimposed by a process of vacuum deposition, so the equipment needed is largely already available. In a move that links Oxford PV with one of the leading suppliers of this equipment, it has partnered with Swiss company Meyer Burger, to develop the additional steps needed.

The Brandenburg plant is due to come online later this year and will, at capacity, be capable of producing several hundred megawatts of cells each year.

Presumably, a quick win for Oxford PV would be to licence the technology to the world’s existing PV manufacturers. Averdung explains that although that was seriously considered, the decision taken with the company’s investors is to take a longer-term approach and to exercise more control over the use of the technology. Oxford PV has raised £110m of investment so far but it is interesting to note that the major investors, who include Goldwind, one of the world’s largest wind turbine manufacturers, Legal & General, a massive UK landowner now concerned with building sustainable housing, and Equinor, a Norwegian energy company intent on diversifying its sources of energy, are aligned with the ambition of establishing the cells commercially.

Oxford PV is set to be one of Oxfordshire’s biggest success stories this decade, even if the EU has gained something that could have been established in the UK with the right vision and support.