Leaders of organisations involved with renewable energy technology have questioned this commitment, citing a series of policy changes such as an increase in VAT on home batteries from 5 per cent to 20 per cent.

It is crystal clear that demand for batteries and improvements in power, weight and cost is ramping up dramatically. Yet energy consultancy Wood MacKenzie, which predicts demand for home batteries to increase by 500 per cent in the next five years, warns the UK might lag behind on account of an unfavourable policy environment.

The International Energy Agency (IEA), which works to ensure reliable, affordable and clean energy for its 30 member countries, earlier this year produced a startling analysis of the massive increases in capacity anticipated globally and the improvements in cost and efficiency that are required. 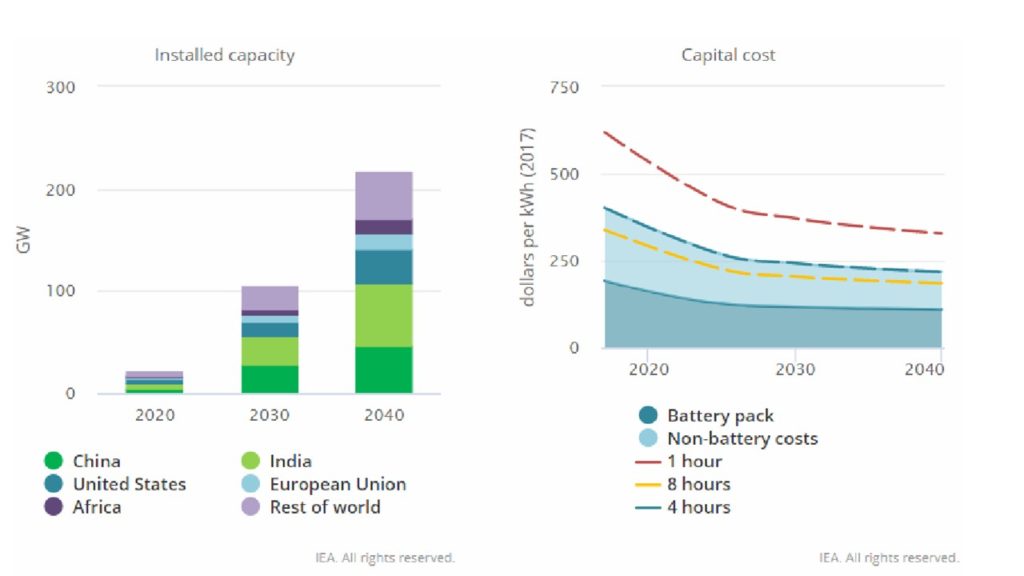 Notwithstanding the raw material challenges, the assumption today is that much of this capacity will be met with conventional Lithium-ion (Li-ion) technology. Price reporting agency Benchmark Mineral Intelligence produced this projection for the 400 per cent increase in Li-ion battery production capacity over the next decade:

Among the challenges for battery designers and manufacturers are how to increase the power/weight ratio, raise the number of charge cycles, reduce power loss over those charging cycles, cut charging times, secure the supply of  minerals required, establish recycling infrastructure and lower costs overall. Different markets have different requirements and the two biggest will be electric vehicles and energy storage (domestic, business and network).

Oxfordshire companies are playing a leading role in addressing these challenges.

Oxford University spinout Brill Power is pioneering approaches to extend the effective life of batteries through intelligent control of the multiple cells. The system is designed to work with batteries using different chemistries sourced from a variety of manufacturers, extending lifetimes by up to 60 per cent.

Nexeon, which has offices in Abingdon and Yokohama, Japan, has produced silicon anodes in rechargeable Li-ion batteries that enable significantly greater energy density and battery capacity to be achieved, providing lighter batteries with more power and longer lifetime between charges. 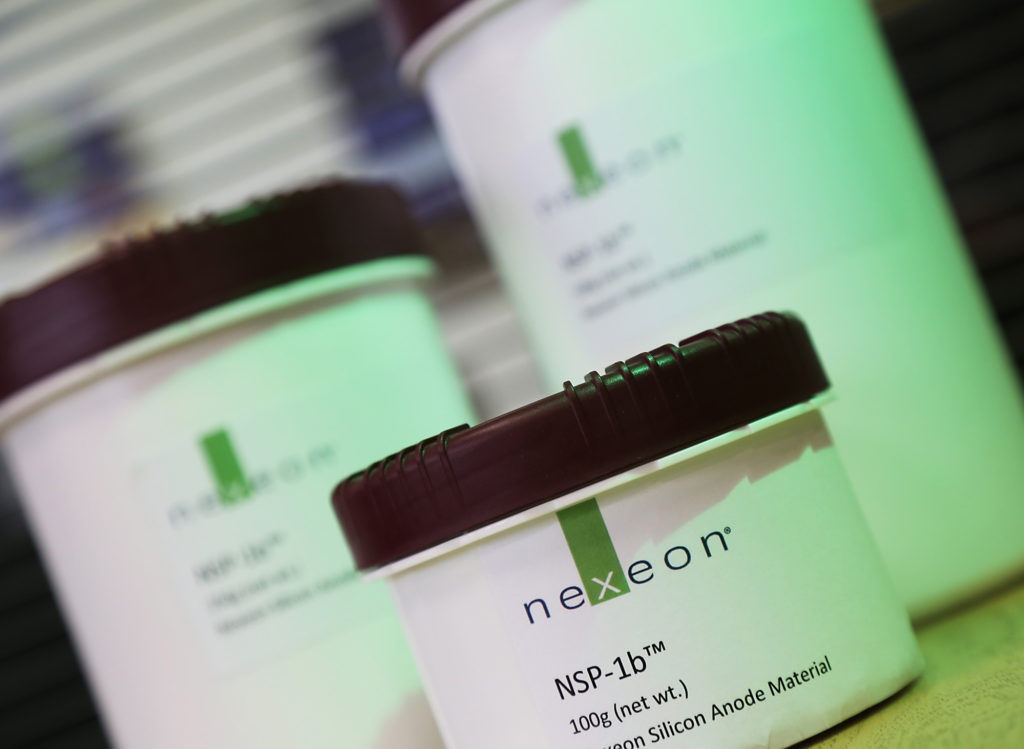 Oxis Energy in Culham is developing an innovative Lithium Sulphur [Li-S] battery chemistry set to revolutionise the rechargeable battery market. With a theoretical energy density five times greater than today’s Li-ion batteries, the technology has the potential to transform battery design. The use of commonly available sulphur conveys an environmental advantage as it replaces heavy metals like cobalt, and confers other advantages including full cell discharge, indefinite shelf life, pressure tolerance and puncture resilience. Additionally, it promises to be manufactured at a much lower cost than Li-ion. 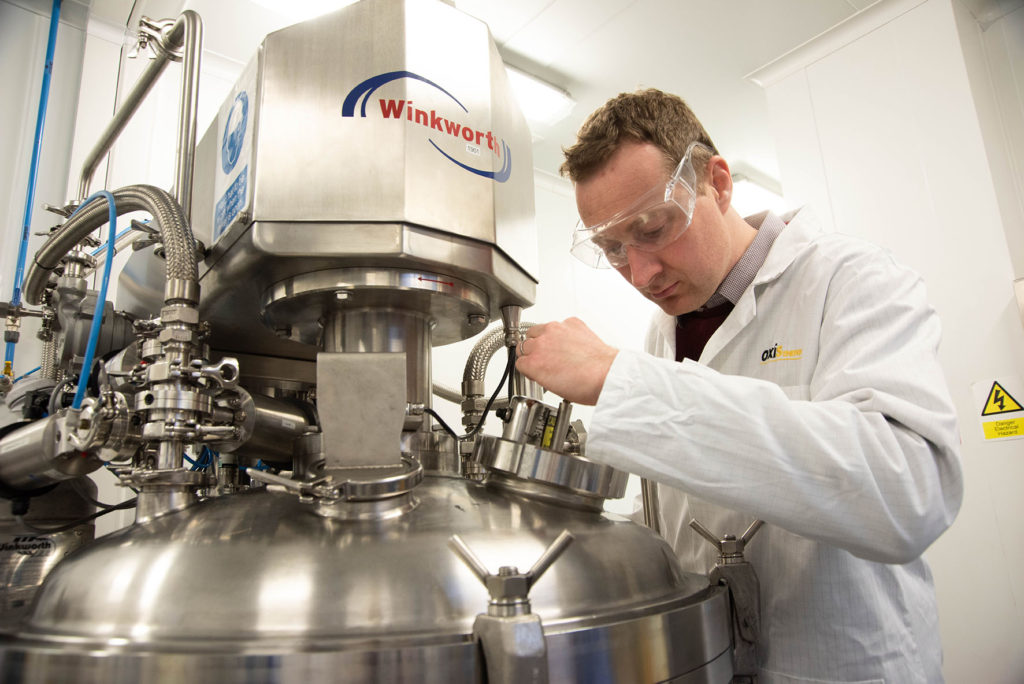 In recognition of its grid storage solution for electric vehicles involving Carbon-Ion™ (C-ion) technology, Culham- and Oxford-based ZapGo was the winner of the IDTechEx award for Electric Vehicles: Most Significant Innovation at the 2019 IDTechEx Show! in Berlin. Established in 2013, the company licenses energy storage technology from Oxford University. 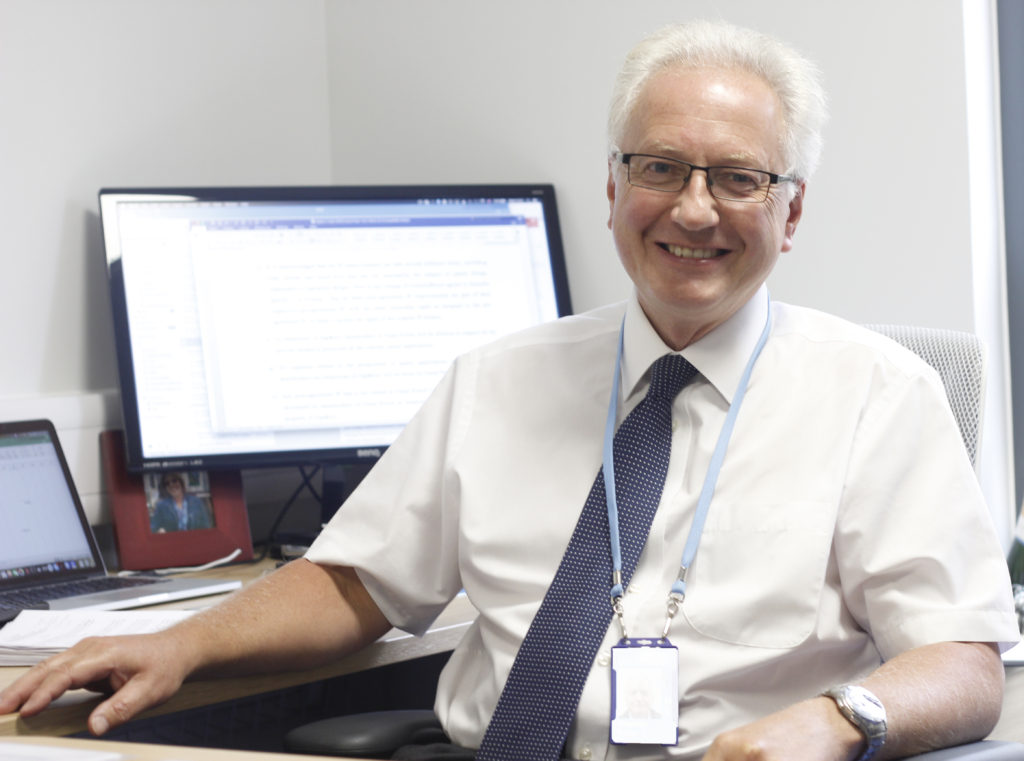 C-Ion are electrostatic or capacitive energy storage devices that use different materials to conventional supercapacitors. C-Ion use a combination of nano-carbon polyolefins and naturally derived materials combined with ionic electrolytes. No flammable chemical solvents are used, only water-based processes. Supercapacitor technology is especially useful when short charging times are needed – such as in regenerating braking systems – and can be used for buffering conventional energy sources.

As if to emphasise the importance of battery technology, Unipart and Williams F1 recently announced a joint venture, Hyperbat, to manufacture batteries optimised for high-performance and specialist applications including electric vehicles. The company aims to become the UK’s leading independent manufacturer of high-voltage battery systems.

Energy storage: How one Oxfordshire firm is pioneering new battery technology
Oxford firm tackles heat transfer challenges of nuclear fusion and EV batteries
Listing: Oxfordshire’s clean growth trailblazers
Cool technology developed in Oxfordshire could be part of global solution to air conditioning challenge
What is the Euratom Treaty and why does it matter?
share this article