As the debate around climate change heats up, we’re in danger of overlooking one of the most chilling issues.

That’s the view of the International Energy Agency, which warns air conditioning is ‘one of the most critical blind spots in the energy debate.’

It reports there are 1.6 billion air conditioners in use around the world, and this is expected to rise to 5.6 billion by 2050.

With aircon and electric fans accounting for a fifth of the total electricity used in buildings internationally, the increase will triple global energy demand, according to the IEA’s The Future of Cooling report.

And not only is the world stuck with hundreds of millions of older units operating inefficiently and therefore sucking up more power, the IEA warns standards for many new AC’s are much lower than they should be.

The performance of new AC’s varies dramatically, with those sold in Japan and the European Union typically 25 per cent more efficient than those in the US and China.

One Oxfordshire company aiming to make its technology part of a global solution is Oxford nanoSystems.

Significantly, the coatings can be applied after, as well as during, manufacturing. 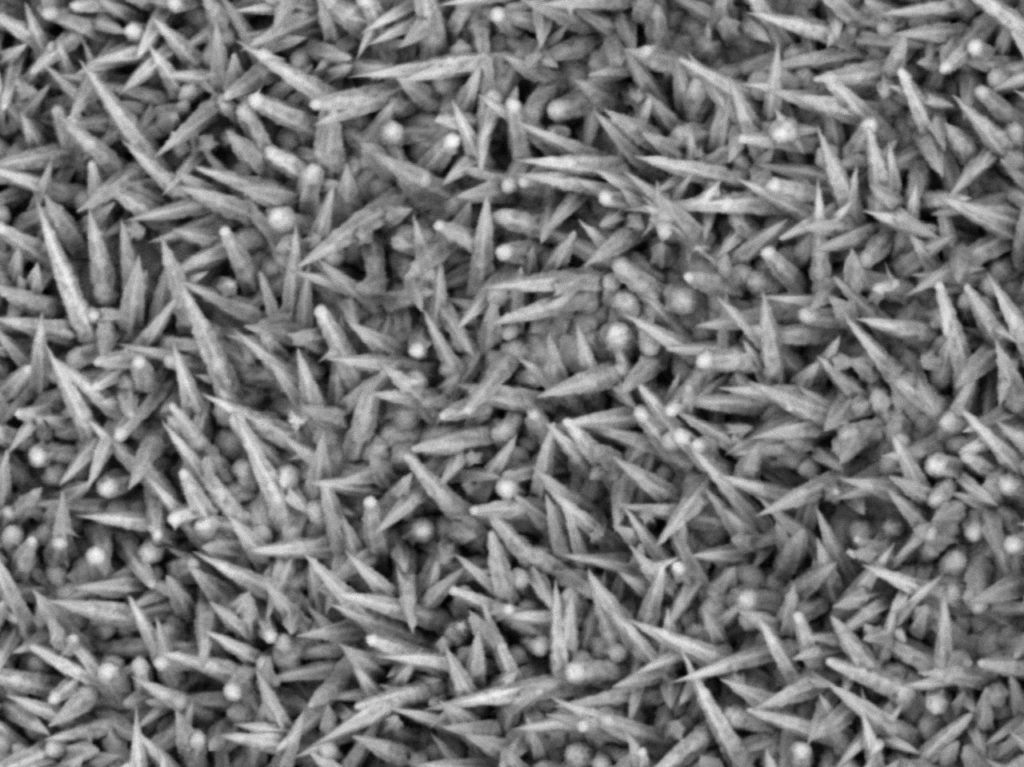 Chief executive Dr Alexander Reip says: “The company was started to try and reduce the world’s energy consumption for certain applications and industries.

“We were looking at doing this for any industrial process that needs heating or cooling.”

“It’s an easy process and really improves heat transfer across anything where you need boiling to occur,” Reip points out.

The coatings increase heat transfer by 524 per cent compared to untreated surfaces, according to independent tests carried out by thermal engineers at Brunel University.

For the air conditioning market, these efficiency improvements allow a significant reduction in the size of heat exchangers, enabling the whole system to be smaller and more economical.

The idea behind the technology was conceived in 2011 by Mark Evans, chief executive and co-founder of Adaptix Imaging, and Peter Dobson, known for his part in creating and building Begbroke Science Park for Oxford University, and spinning off nanotechnology company Oxonica.

Shortly afterwards, they brought in chemist and materials scientist Reip, who has since spent six years developing the nanoFLUX coating.

While still at the idea stage, it was backed by an angel investor found via Said Business School, followed by funding from Innovate UK, the Science and Technology Facilities Council and the Royal Society of Chemistry.

In total, the company has attracted £2.5m in grants and £1.85m in investment.

Reip explains: “What makes our technology special is the structure we’re creating on the surface.

“The coatings form spike-like, conical shapes, interspersed with pores. The fluid or gases inside the heat exchanger generate bubbles, which nucleate on the very tips of the cones.

“The pores catch the bubbles, grow them further and release them through the coating surface.

“The surface is also highly oleophilic, so as soon as the bubbles leave, the refrigerants cover the surface again and create more bubbles.”

Reip took over as chief executive in 2015. Evans is a director and Dobson scientific advisor. 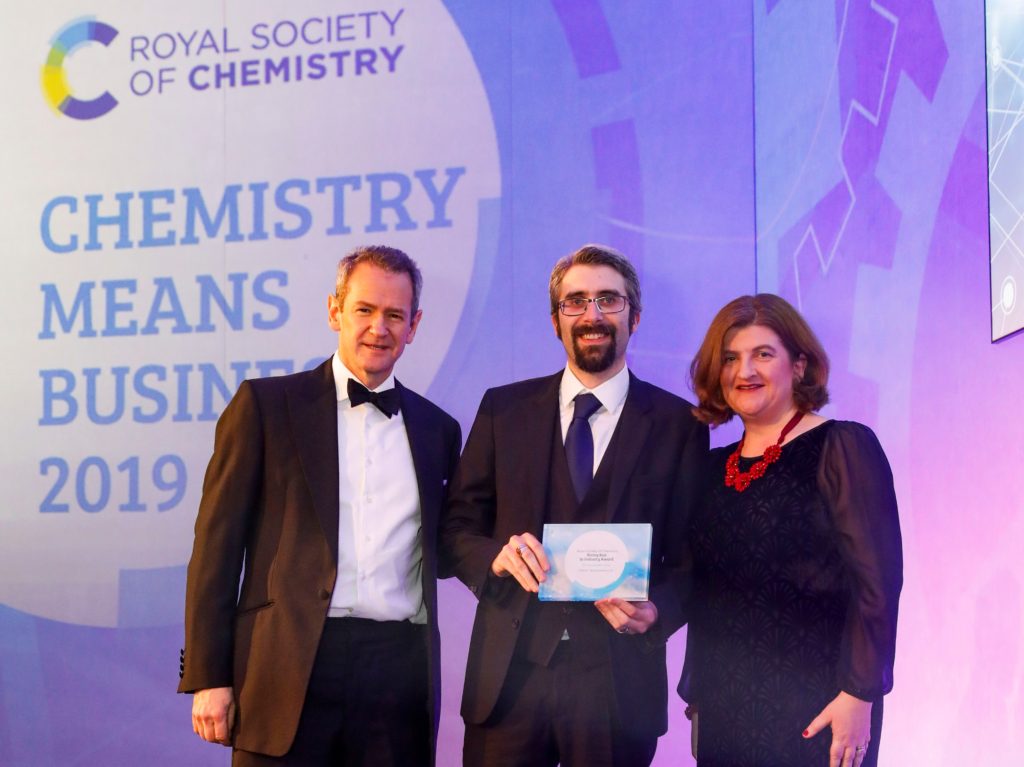 The work has brought recognition, most recently when Reip won the Rising Star in Industry category at the Royal Society of Chemistry’s Chemistry Means Business awards on October 28.

Reip was also named Triteq Young Entrepreneur of the year at last year’s Oxford Trust Enterprise Awards, while OnS was shortlisted for the enterprise awards this year, under the innovation category.

The potential applications for the technologies is “vast,” spanning industrial, transport and electronics, Reip points out.

“The process we’ve developed is incredibly versatile, so we can coat anything, from really intricate internal structures and geometries of surfaces, to really thin-walled tubes and meshes,” he says.

Part of the challenge was to narrow down the possibilities.

Their decision was to focus firstly, on the air conditioning, refrigeration and waste heat recovery market; and secondly, the electronics cooling sector, including data centres.

Half the energy used in data centres goes on cooling the server racks, making the data centre cooling market worth a staggering £5.4bn a year. 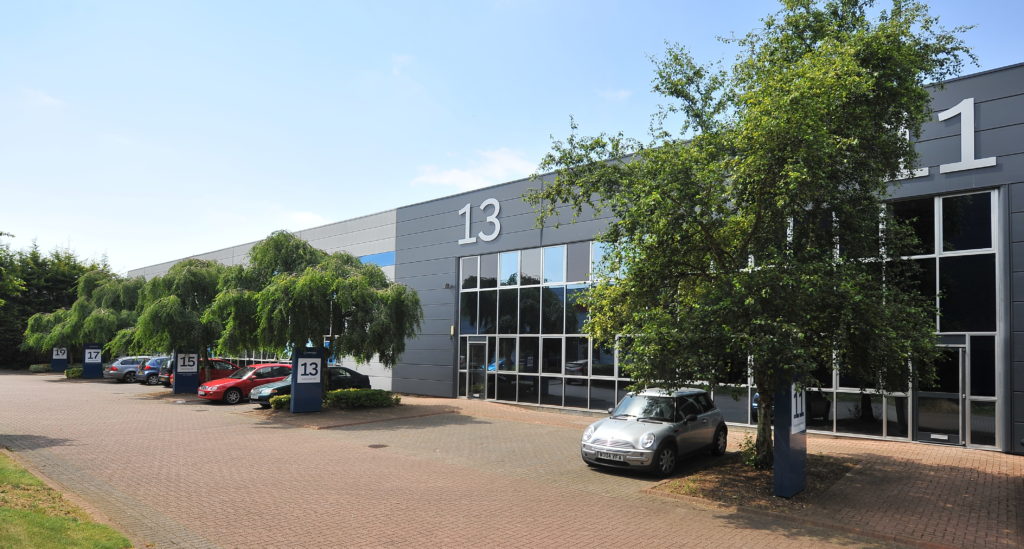 In January, the company moved from Harwell Science Park to bigger premises on Abingdon Business Park. These include wet and thermal labs for internal testing and manufacturing space, in readiness to produce the coatings on a bigger scale.

Reip has already bagged the unit next door for further expansion.

He explains: “As we grow, we’re going to need more lab space, so the wet lab will move into the thermal lab and we’ll build a whole new thermal lab.”

The headcount has also mushroomed from three in March last year to 16, including chemists, materials scientists and thermal engineers.

There is also a new management team including chief financial officer and investor Hamish Laing and chief commercial officer Ben Haigh, who has extensive experience in the air conditioning industry.

“The past 18 months have been exciting and things have moved really, really fast,” Reip says.

“We’ve got the facilities now to grow further and are looking for our Series A {funding} next year to be able to develop the large-scale manufacturing facilities we might need in the future,” he adds.

Although they encountered some initial resistance among air conditioning manufacturers, Reip says this is starting to change, not least because of the greater awareness around climate change and energy conservation.

“The air conditioning market’s growing at a phenomenal rate because of global warming and then, that’s just making things worse,” Reip points out.

“We’re looking to go in there and reduce the energy consumption and the need, and make it more efficient over time.”

He adds: “People want it and once they see our test results, they say: ‘Yep, sign an NDA, let’s talk more’.”