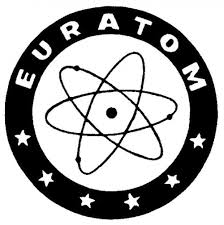 What is the Euratom Treaty and why does it matter?

The Euratom Treaty was established in 1957, 16 years before the UK joined the EU in 1973. Its original purpose was to create a framework for the distribution of nuclear power, but over the years its scope has been considerably increased to cover a large variety of areas associated with nuclear power and ionising radiation as diverse as safeguarding of nuclear materials, radiation protection and fusion reactor research and development. The Joint European Torus (JET) project in Culham and ITER in Saint-Paul-lès-Durance, France are major parts of this collaboration.

The Euratom Treaty is legally distinct from the EU Treaties, but has the same membership with associated membership enjoyed by the USA, Switzerland and Australia. Although it is governed by many of the same institutions as the EU, it is the only remaining community organisation that is independent from the EU and therefore outside the regulatory control of the European Parliament. However, as the Treaty invokes the European Court of Justice as the ultimate authority in disputes between members, it transgressed one of the UK’s red lines in the Brexit negotiations.  On this basis, the UK will withdraw from it if Brexit goes ahead, as planned, at the end of October. Formal notice was given in March 2017 as part of the Article 50 notification letter and when the UK leaves the EU, the UK will also leave Euratom, following negotiations on the terms of the exit which are expected to take up to two years.

This connection between the Euratom and EU Treaties is seen by many as an unintended consequence of Brexit and the government has been actively preparing to replace its provisions with new UK laws, so that its effect continues. In the departure negotiations, attempts are being made to maintain as many of the UK’s relationships with the other Euratom members as possible.

On March 29 this year, the Culham Centre for Fusion Energy (CCFE) signed a €115m contract with the European Commission to ensure operations can continue until the end of 2022, the final year of the seven-year funding cycle. Negotiations concerning funding for the next cycle, which starts in 2023, are underway.

Uncertainty remains over the effect of the treaty on the supply of radioisotopes for medical uses, especially in the event of a no-deal Brexit.

The consolidated version of the Euratom Treaty can be found here.