The latest Screentalk Oxfordshire event explored how filmmakers are using mobile phones in new ways for creative storytelling. In a packed room at Oxford’s Curzon Cinema, BBC filmmaker and trainer Bob Walters and interactive production expert Nihal Tharoor shared their experience of making films with smartphones to add authenticity and interactivity to their projects.

Screentalk’s Zuleika Kingdon, founder of Distant Object Productions, set the scene with clips from well-known movie makers using smartphones to great effect and with commercial success. Steven Soderbergh’s 2018 Unsane, starring Claire Foy, cost just £1.2m ($1.5m) to make and was described by The New Yorker as one of his best. Kingdon also cited Starvecrow as an example of how phones are used to tap into the trend for narcissism in filmmaking, and showed Batman director Zack Snyder’s acclaimed short, Snow Steam Iron. 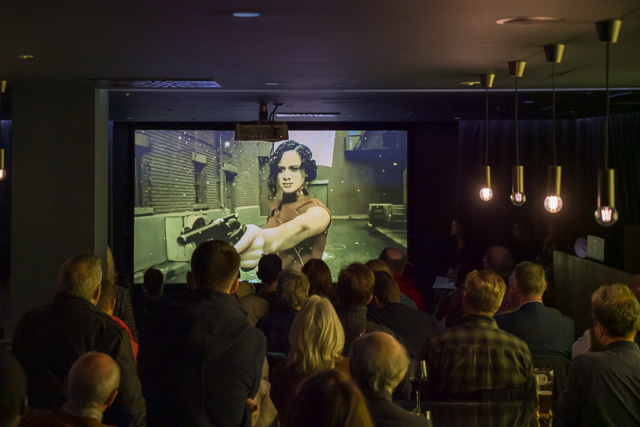 Nihal Tharoor, co-founder of Electric Noir Studios described how he and his business partner quit their jobs in advertising to make Dead Man’s Phone, an interactive murder story set among south London teenagers: “We’d heard about a soap opera taking place through WhatsApp and thought, ‘what a great medium to tell a story’. So we had the idea of using the phone of a murder victim to tell a story. Our whole life is on our phones and it can be the most important piece of evidence in a murder enquiry.”

Tharoor said he sees real opportunities for filmmakers to use every aspect of a phone beyond the camera and mic, describing how in Dead Man’s Phone they used texts, phone calls, photos and apps to tell the story. “We wanted to create a whole world that gives you a feeling that you’re going through, finding clues.

“It has to be authentic, so we populated the main actor’s phone with images of him and his mates which pertained to the narrative.  We took the cast out to Peckham and told them to go out, have fun and do what they normally do. We got the kind of really authentic content that you would find in a youngster’s phone.”

When asked about whether this is the way film making is going, Tharoor said he believes they are onto something new. “There are some companies who are using phones to tell stories through chat apps, in a medium that is loosely called ‘phone fiction.’

“I really think this is the future because it’s using the medium at its best. We’re not trying to copy cinema, or be cinema. These are our digital devices, they’re not going anywhere and we’re only going to consolidate more of our lives onto them.

“We want to reflect reality in this kind of storytelling and we think it’s going to be a form of interactive storytelling that really takes off. Our vision is to become an interactive entertainment service.”

Funding in the games industry is seeing an uptick in the UK, partly helped by the recent UK Games Tax Relief scheme which in 2018 had helped to inject around £230m into games productions:

“There are a lot of good opportunities in the games industry, such as Games Finance Market and the London Games Festival. Right now we’re raising venture capital because I think a lot of people see the potential in what we’re trying to create,” said Tharoor.

READ  Exclusive: Behind the scenes at Rebellion's Didcot Film Studios - one year on

BBC film maker Bob Walters used mobile phones to help a group of London teenagers make a promo film about Clapham Youth Centre and the positive impact it has on their lives.

Filming took place over six 1.5 hour weekly sessions. Walters coached the youngsters, who live on one of the most deprived housing estates in Europe, to film interviews with punchy questions, and to shoot cutaways of activities they enjoy such as table tennis.

He used professional film techniques and some added kit to “move the filmmaker up to professional production levels,” saying: “It’s important to use a separate mic, especially if you’re a distance from the phone or outdoors.”

Walters recommends FilmicPro for filming, then editing with iMovie on an iPad: “High-end phones have superb cameras but usually the controls are basic. FilmicPro gives more control over focus and exposure, and it ‘folds the sound around,’ so you can connect a mic and headphones and monitor sound in real time.”

Walters, who works extensively with youth charities, summed up:

“The idea was to empower these young men to have a voice and confidence about what they do, by making a film about something that is important to them and has given them opportunities.”

Photographer and filmmaker Greg Blatchford, who attended the event said: “It was really interesting to hear how the possibilities of mobile devices are opening up videography and movie making. The two speakers were specialists in their own fields, both sharing fascinating insights, and showing how you can move with the times yet retain the fundamentals of the art and craft of moving images.

“As a stills photographer it was an eye-opener, for sure. I learned I can use my knowledge as a photojournalist and apply it with a little upskilling to adapt and survive.

“The networking and shout-outs were great too, and a lovely venue at the Curzon Oxford. What a a great community I’ve just (re)discovered,” he added. 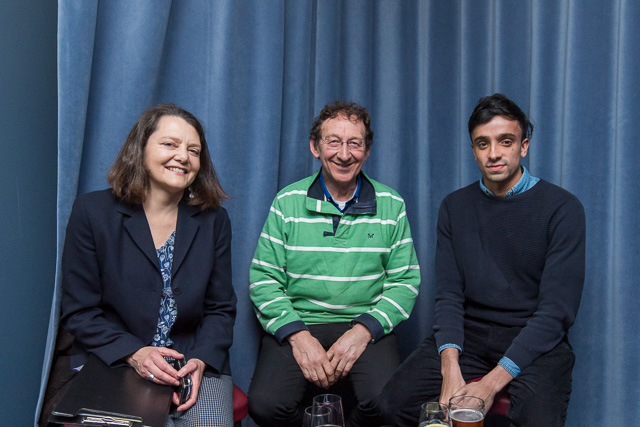 For more on Screentalk events, find Screentalk Oxfordshire on Facebook and LinkedIn and check the TechTribe Oxford Events page for upcoming dates.