Oxford University spin-out Mixergy is at the centre of a plan by energy and services company Centrica to create a ‘virtual power plant’ that helps balance the National Grid and prevent outages.

Through its ownership of British Gas, Centrica is offering its 12 million UK customers a chance to upgrade to West Oxfordshire-based Mixergy’s smart household hot water tanks.

The Mixergy system combines sensory and IoT technologies to keep track of hot water levels in the tank. It also learns the usage habits of a household, heating only as much hot water as needed at a specific time and significantly reducing the amount of energy used.

Centrica has approval from National Grid to include thousands of Mixergy’s hot water tanks as part of its 2.5GW-strong virtual power plant, which combines domestic units from several residential appliance manufacturers with those from industrial and business customers plus battery projects using its software platform FlexPondTM.

The aim is to use the network of Mixergy tanks to offer a Demand Side Response (DSR) service to National Grid, absorbing excess load and time-shifting demand to help balance the grid and allow the uptake of renewable generation assets.

National Grid recently accelerated plans for blackout safeguards, following the major power cut which caused blackouts across the UK in August. Some 1.1 million electricity customers were left without power for between 15 and 45 minutes and there was major disruption to parts of the national rail network, including cancellations and significant delays impacting thousands of passengers.

Heating water is the second most intensive use of energy in the home, with some traditional hot water tanks consuming as much energy as needed to run a small car.

Centrica’s tie-up with Mixergy goes back to February, when it invested in the tech startup which was spun-out from Oxford University’s energy and power group in 2015.

The intelligent hot water tanks went on sale to British Gas customers in Oxford and Swindon in June and the offer is now being rolled out to the rest of the UK. 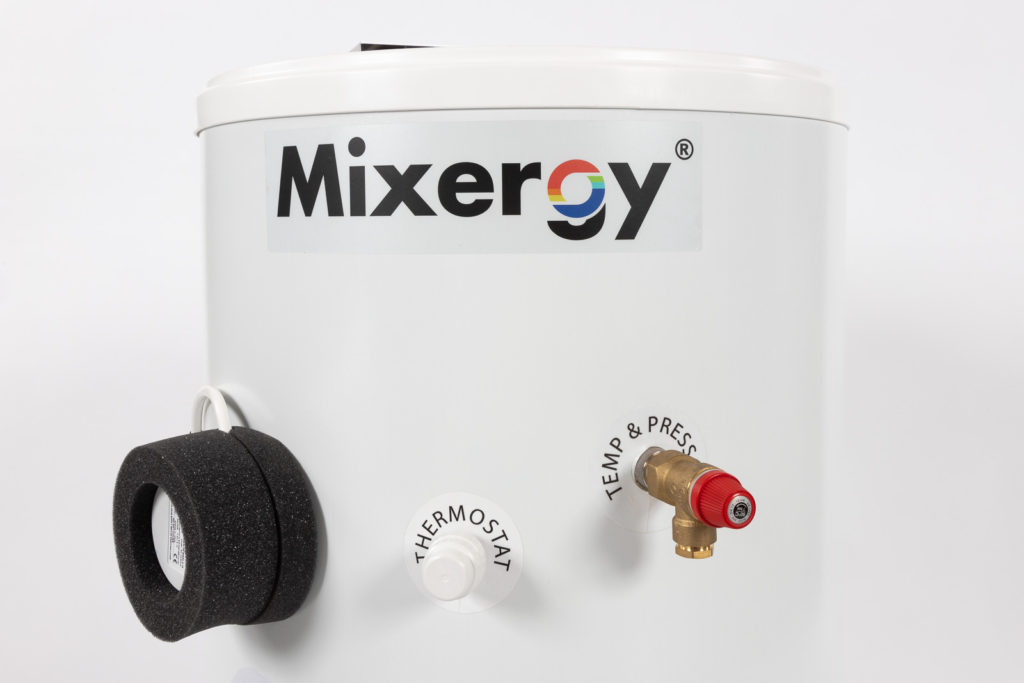 Mixergy chief executive Dr Peter Armstrong says: “We are very excited to be at the heart of Centrica’s mission to bring about additional flexibility to the energy system, whilst delivering customer benefits through the deployment of solutions like the Mixergy tank.

“Together with Centrica, we are paving the way for smart tariffs which will reduce energy consumption and carbon emissions by storing excess renewable energy on the grid. At the same time, we reduce bills for householders by only heating the amount of hot water they require.”

Charles Cameron, Centrica’s group director of technology and engineering and chairman of Centrica Innovations, explains: “We use our proprietary technology to unlock the power of Mixergy’s tanks in order to provide firm frequency response to the electricity grid.

“The first batch of 100 hot water tanks, which are now in homes in the UK will, at times of stress, be capable of capturing energy at low market prices on sunny or windy days when there is an abundance of renewables on the network.”