‘That’s the first bit of good news in years,’ says Professor as he welcomes government U-turn on policy allowing graduates to stay longer

The government’s recent decision to allow international students to stay in the UK for two years to find a job after graduation is “wonderful”, according to Professor Lionel Tarassenko, head of the department of engineering science at Oxford University.

Describing it as “the first bit of good news I’ve had from Westminster for the last three-and-a-half years,” the Professor paid tribute to his team of post-graduate students on being presented with the Outstanding Achievement honour at this year’s Oxford Trust Enterprise Awards.

Professor Tarassenko, who was made a CBE in 2012 for services to engineering, emphasised student researchers have been a crucial element of all four spinouts he’s been involved with.

But he drew attention to how the number of his under- and post-grad students from EU countries has fallen markedly between 2017-2018 and 2018-2019, with French students down 21 per cent, German 22 per cent and Italian 33 per cent.

He said: “We’ve been losing these students who are at the heart of all these companies.”

His group has attracted more students from the EU than anywhere else in the world during the past 10 years, he said. And in a clear reference to the 2016 EU Referendum result, he told an audience of academics and business leaders at the awards ceremony held at Brookes University: “That’s something we’ve all been worried about over the past three-and-a-half years.”

He went on: “For the first time, there’s a good piece of news which is international students visa conditions are being changed to make it easier for them to come and study and do the wonderful things they are doing now.” 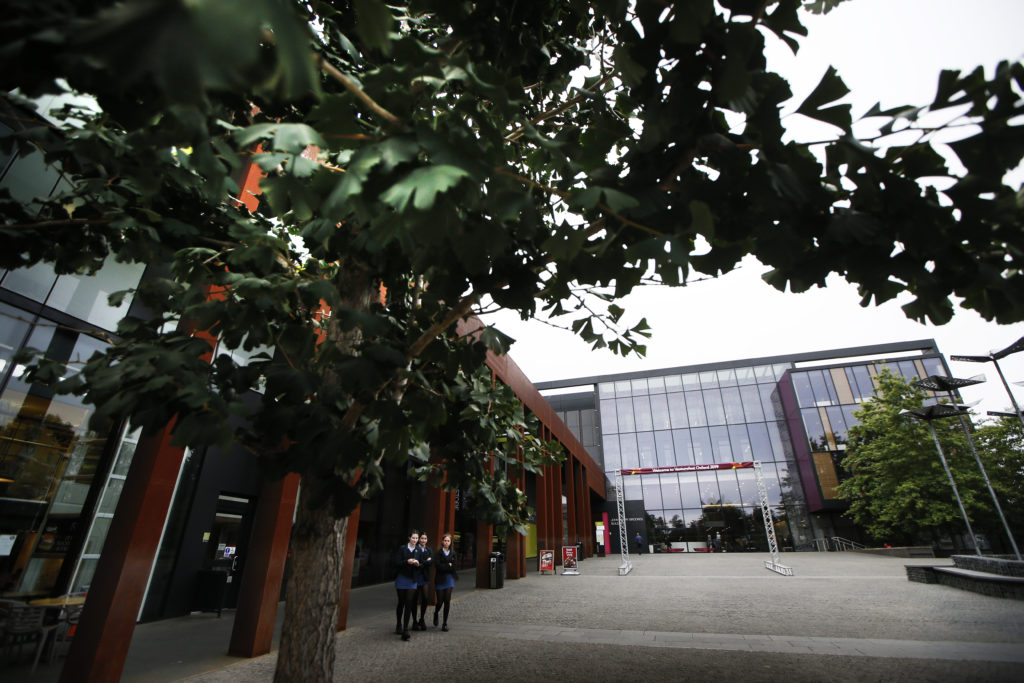 Professor Tarassenko, founding president of Oxford University’s new Parks College due to open for post-grad applications in 2020, also spoke of the “fantastic” ecosystem which he believes owes much to “geography as much as anything else”, and has “allowed enterprise to thrive within the biomedical field”.

He pointed out the John Radcliffe and Churchill hospitals, Brookes University and his lab in the Oxford University’s Institute of Biomedical Engineering (IBME) are all within a five or ten-minute walk or cycle ride of one another.

“In Oxford, we have this unique partnership between engineers, biomedical scientists, clinicians at the John Radcliffe or the Churchill and research nurses who study for their masters at Oxford Brookes,” he added.

Contrasting this with the East and West coasts of the US, he said: “When they go to the local hospital for a joint research project with clinicians there, Boston traffic being what it is, it takes them 45 minutes each way on average. The fact we can just walk across from the IBME to the Churchill or JR in less than five or ten minutes, has really enabled it to thrive.”

Professor Tarassenko also acknowledged the role of investors, saying: “We have business angels and VC funds – I am privileged to have been a director for the past nine years of Oxford University Innovation and it is absolutely amazing to see how much funding there is this part of the world – if you have a good idea.” 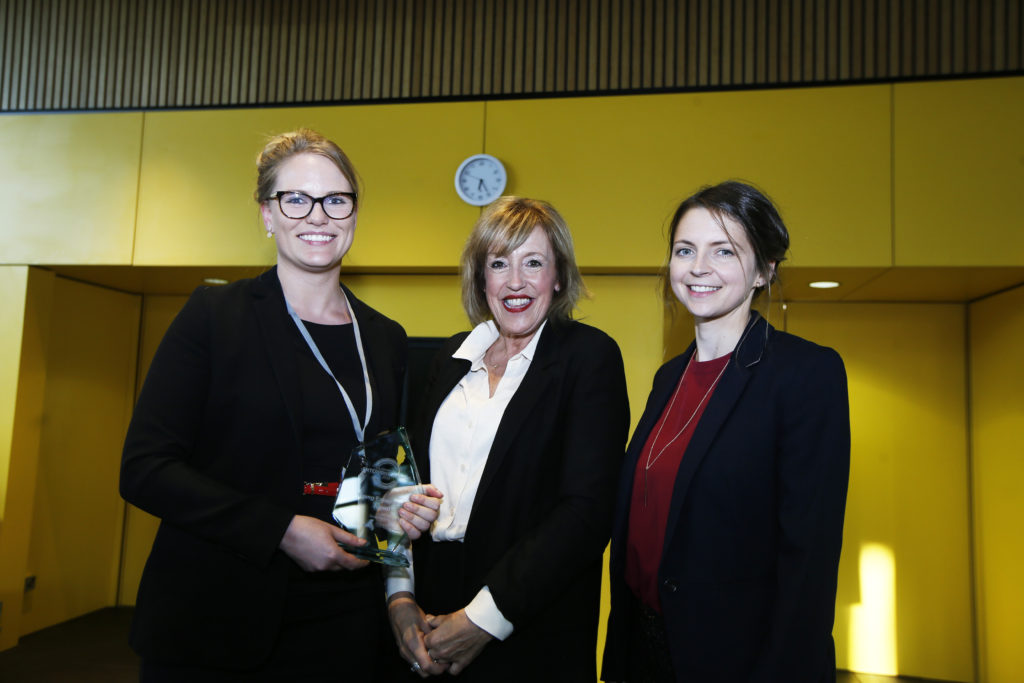 Other winners at The Oxford Trust Enterprise awards were Liberty Foreman and Katherine Willetts, co-founders of DynamX Medical. The pair, who have developed a software platform that combines AI and infrared spectroscopy to improve cancer diagnosis, were presented with the Young Entrepreneur award by sponsor Triteq’s managing director Angela Hobbs.

Andrew Rimmer, chief executive and founder of Oxford University spinout Opsydia, brought two team members on stage to receive the Start-up award from Oxford Innovation managing director Jo Willett. Using ultra-fast laser technology, the Opsydia team has come up with a way of almost invisibly marking gemstones to show quality and heritage and its technology is being used by diamond company De Beers. 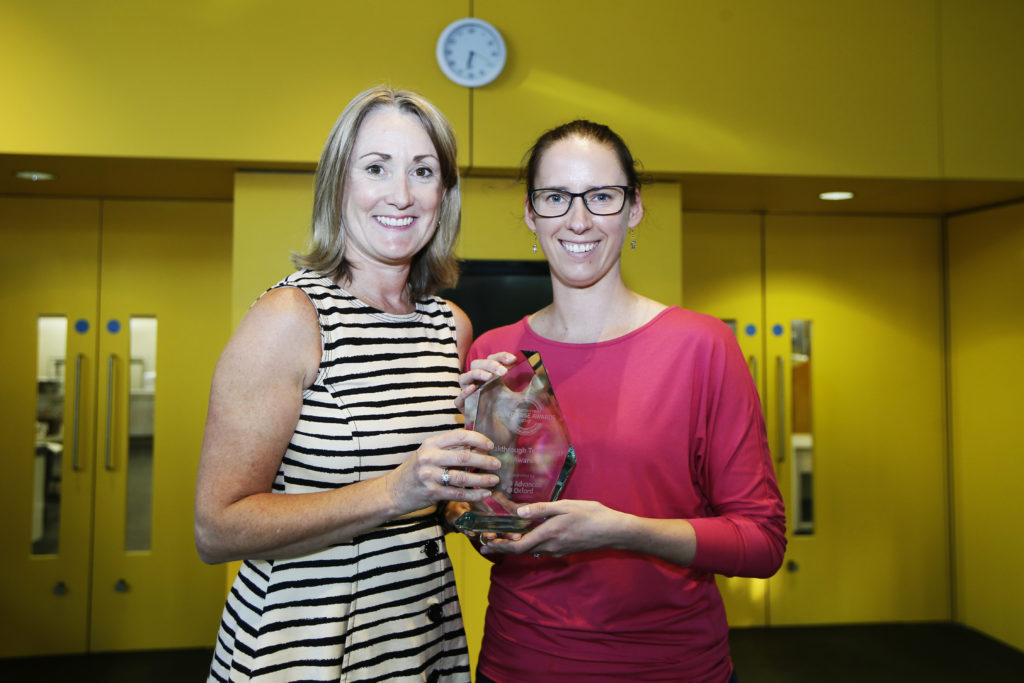 The Oxford Trust Enterprise Breakthrough Technology award went to Oxitec, a biotech company pioneering the use of genetic engineering to control insect pests that spread disease and damage crops. Dr Kelly Matzen, Oxitec’s head of global operations, received the trophy from sponsor Advanced Oxford’s managing director Sarah Haywood. Dr Matzen paid tribute to “the incredibly passionate team at Oxitec,” saying: “We’re really excited about what we’re trying to do on this planet. We’re trying to protect people from disease, we are trying to control insects that damage crops and it’s really wonderful to be recognised.”

Oxford Space Systems, based at the Harwell space cluster, is developing light and lower-cost antennas and carbon-fibre structures that stow away in very small volumes for launch before springing into shape once they are in orbit. The business, part of the government’s Project Oberon cluster of military radar satellites, scooped the award for Innovation, presented to business development executive Armando Rojas, by Barclays’ high-growth and enterprise relationship director Gary Harris. 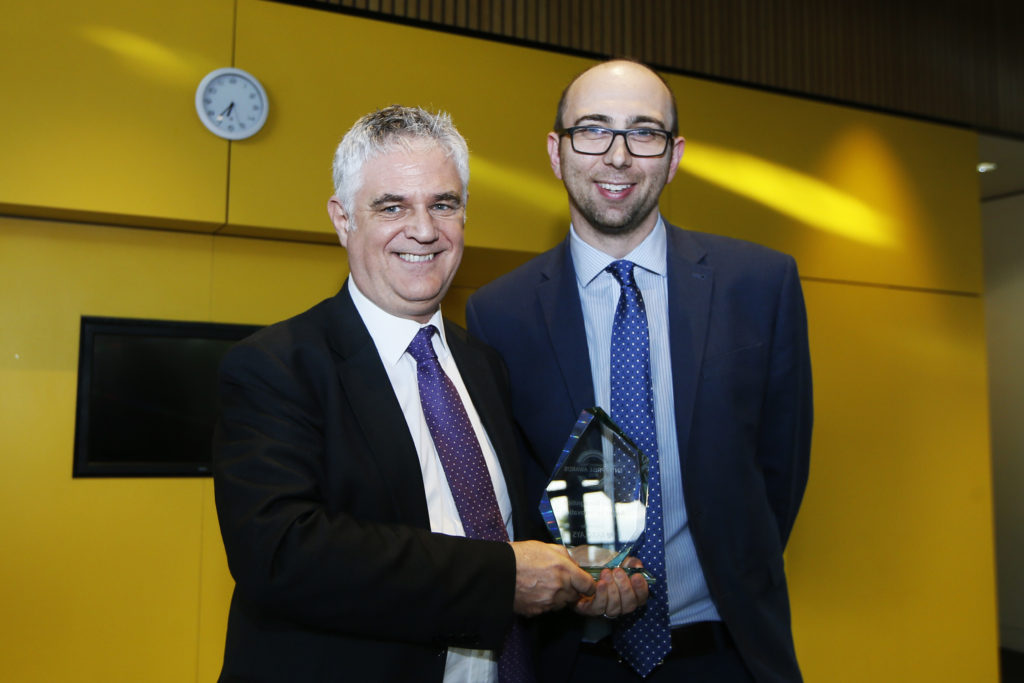 Oxford Biomedica was also singled out for its work on gene and cell therapies and its contribution to job-creation and the Oxfordshire economy. Based across five sites in the county, the company spun out of Oxford University in 1996 and now employs 600 people – up from 60 five years ago. Receiving a Special Recognition award for Innovation, director of corporate activities and strategy Dr Alex Lewis told the audience the business is “investing more money and recruiting more people to develop new products and new technologies in the gene therapy space.”