Opsydia has received a Business Start-up Award from the Institute of Physics for a laser-marking machine which can create practically invisible marks inside transparent materials.

The firm’s D5000 Diamond Marking System uses laser pulses shorter than one trillionth of a second to create tiny lines under the surface of a gemstone which are invisible to the human eye but are detectable by microscope. The marks, which can be written as serial numbers or security marks, are less than 1/50th of the size of a human hair. They have no effect on the grading or quality of the gems and cannot be removed without significant loss of value. 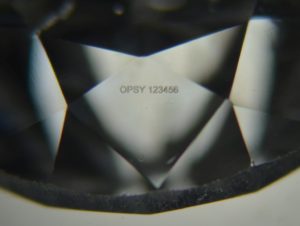 A magnified mark created by Opsydia technology inside a diamond. Pic: Opsydia

Lewis Fish, systems engineer and part of the Opsydia founding team, explains: “In contrast to surface laser inscriptions, our marks are secured inside the diamond so that they cannot be polished away. If you were to remove enough material to remove the mark, the stone itself would have to be re-cut and you’d lose significant size and value.”

Marking in any facet of a stone means its secure identity can be read even when gems are mounted in jewellery. The technology has potential in the industry to increase security and confidence in the quality and provenance of stones, and Opsydia has already secured an order from jewellery giant De Beers for its laboratory-grown diamond range Lightbox Jewellery.

Opsydia’s technology can also be used to mark translucent materials such as plastics and polymers, and the firm envisages future applications writing electrical circuits within industrial diamonds to create advanced sensors.

The Institute of Physics Business Start-Up Award recognises young companies with a business idea founded on a physics invention, with the potential for business growth and significant societal impact.

Andrew Rimmer, chief executive of Opsydia, said: “This award is a testament to the hard work and innovation of the team, developing a concept in a laboratory at the University of Oxford into a commercial product that will make a real contribution to combatting tampering and counterfeiting in gemstones.” 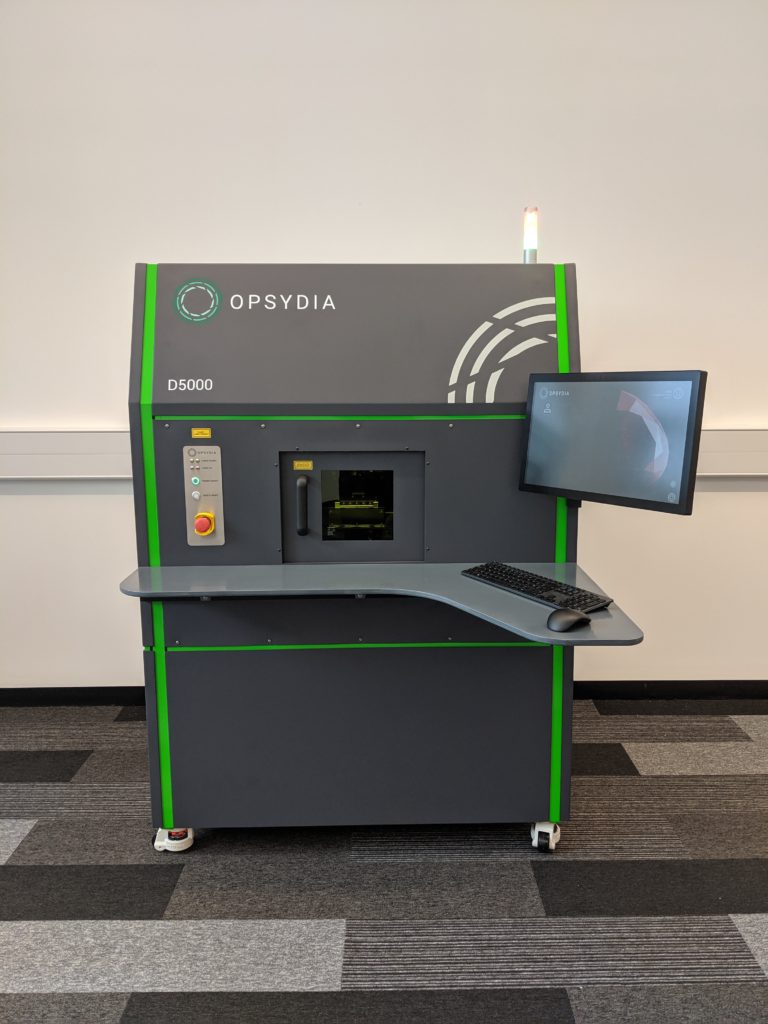