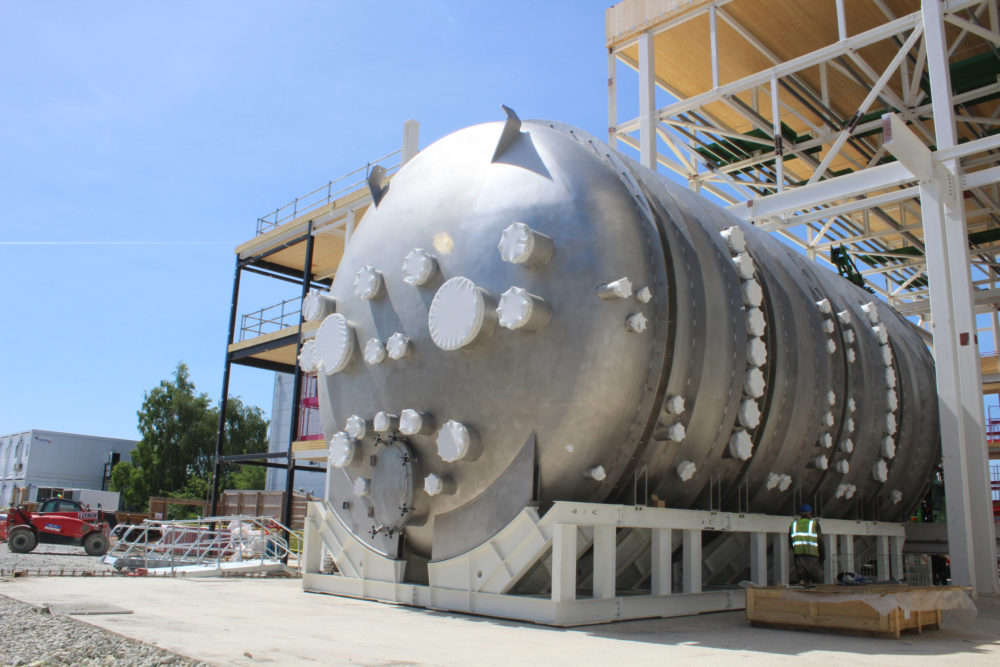 A chamber which can test satellites up to the size of a minibus has been installed at the UK’s National Satellite Test Facility in Harwell. The Large Space Test Chamber is a16 metre long construction capable of testing satellites for the many conditions they will face in orbit.

The National Satellite Test Facility​ is a government investment to build the UK’s largest set of co-located equipment for testing spacecraft and will be opened by the Science and Technology Facilities Council’s (STFC) RAL Space in 2022.

Space vehicles and satellites up to seven tonnes in weight will be tested in temperatures from -180C to +100C. The facility will be operated by STFC’s RAL Space, alongside other test equipment at the National Satellite Test Facility, enabling UK businesses to bid competitively for new contracts at the facility, widely regarded as a world leader in space technologies.

Matt Fletcher, head of environmental testing at RAL Space, said: “This new chamber vastly increases our test capacity, allowing much larger space hardware to be tested. It will allow us to test even more of the satellites which serve our everyday life.”

The chamber was manufactured in Italy and weighs nearly 100 tonnes. It was transported in sections on six trucks from Portsmouth harbour to the Harwell campus.