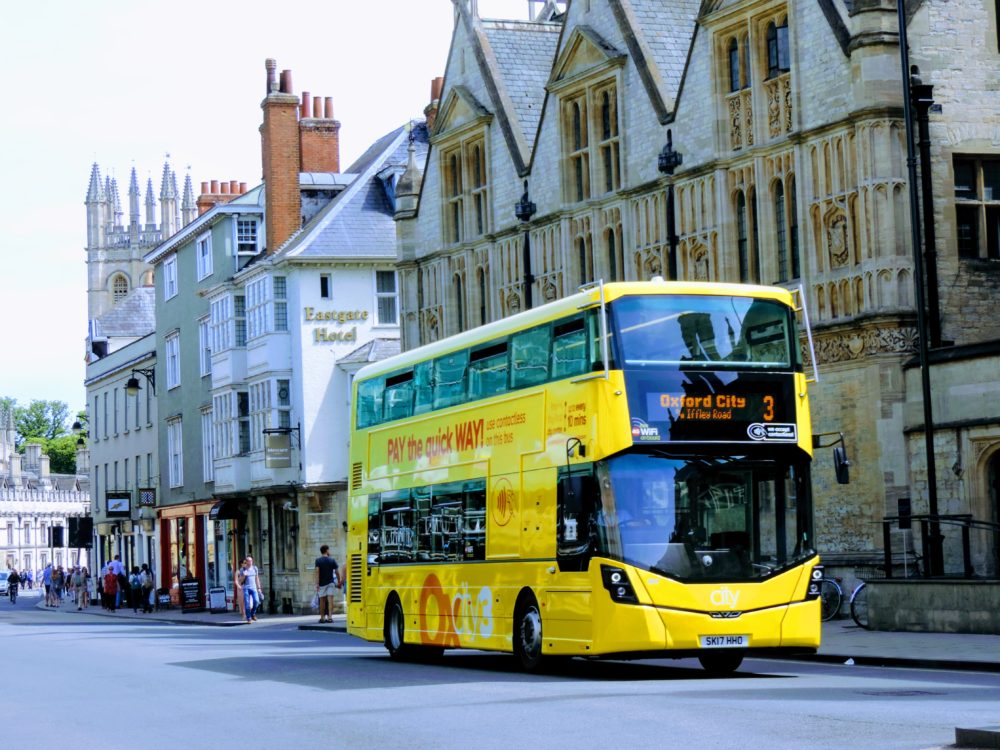 Connectivity: How can we tackle congestion and pollution in Oxfordshire?

Congestion and pollution are a problem and rural transport ‘no longer exists’.

These are just a few of the thorny issues local authorities must solve, according to Oxfordshire County Councillor Yvonne Constance, OBE.

Cllr Constance, cabinet member for the environment, was one of four panellists debating how to tackle challenges around transport links, congestion and digital connectivity at a recent Oxfordshire Local Enterprise Partnership Q&A session: ‘Connectivity in Oxfordshire: What does the future hold?’

The average speed of commuter cars being driven into the centre of Oxford is just five miles an hour, due to traffic jams, but Cllr Constance was adamant the solution is not to build more roads.

“What we are aiming to do is to ensure we use the roads better,” she explained.

She cited city and county council proposals to tackle congestion management and pollution in Oxford by creating the UK’s first city centre zero-emission zone which could be introduced as early as December.

“The aim is to keep cars out of Oxford city. That recovers the public space for pedestrians and cyclists, and it recovers clean air. The worst use of city space is to fill it full of polluting cars,” she added.

Commuters are urged to swap their cars for public transport, but Oxford Bus Company managing director Phil Southall, in the audience, explained worsening congestion has resulted in bus routes taking 10 per cent longer on average, compared with two years ago. Passengers travelling into the centre of Oxford from Abingdon face a commute that now takes 33 per cent longer. 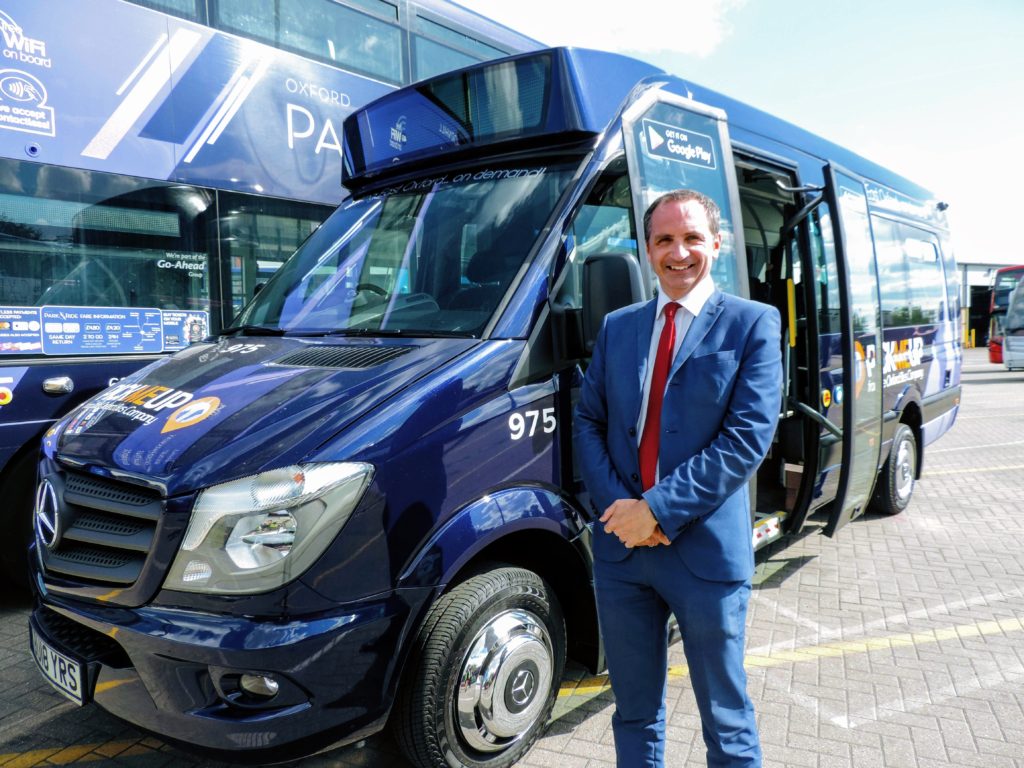 The Oxford Bus Company launched its on-demand, ride-share PickMeUp minibus and app service, in June 2018 to cater for the eastern arc in and around the city. However, despite having chalked-up more than 250,000 journeys and 30,000 registered users, it is proving ‘commercially challenging’. After £1m investment in the service, Southall revealed it has lost £700,000 during the past year, leaving its future “hanging in the balance.”

Electrification is proving another challenge, as a diesel bus costs £220,000, compared with £450,000 for the electric version.

“The government needs to step in to fund the difference between what we would have invested in diesel versus electric buses,” Southall said.

Oxfordshire’s connectivity is also dependent on decisions taken at national level. Cllr Constance, who was on the board of Network Rail when the decision was taken to build HS2, is now involved with negotiations around the East-West rail link which will connect Oxford to Cambridge. It has reached its £1bn-phase two, covering the area from Bicester to Bletchley. Also under the spotlight is the controversial £3.5bn Oxford Cambridge Expressway road plan proposed by Highways England to link the two university cities via a corridor lined with up to one million homes. 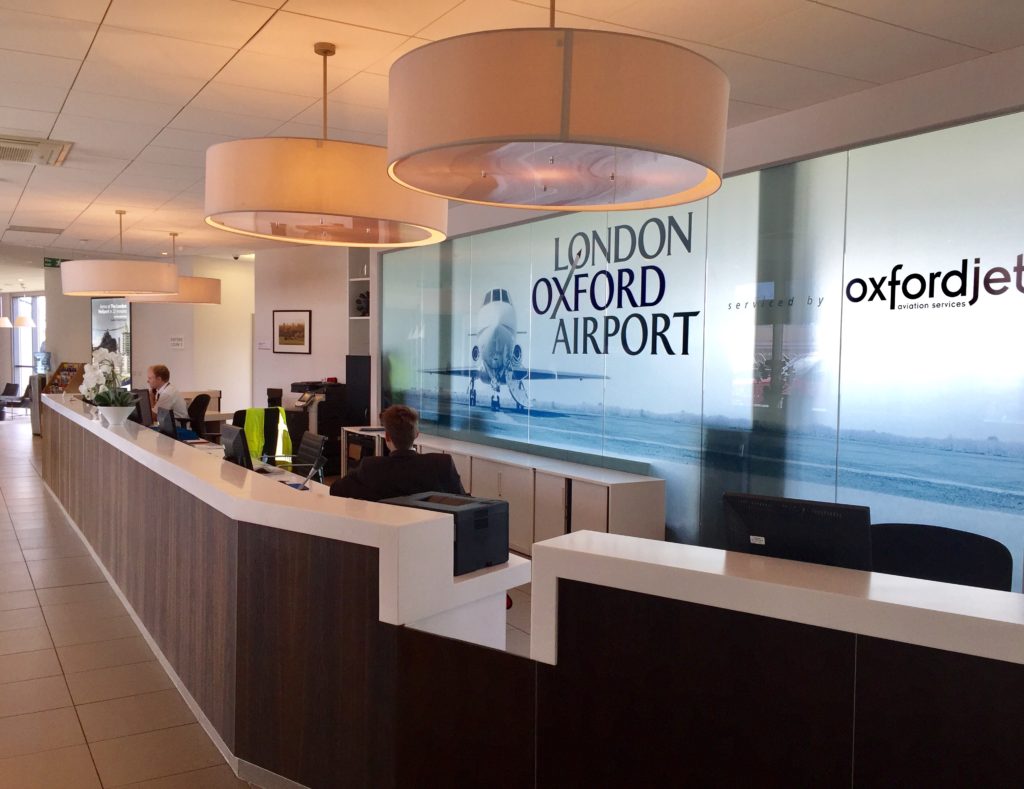 The solution to congestion on city and county roads may be found by looking skyward, believes James Dillon-Godfray, head of business development at London Oxford Airport.

Electrification is evolving rapidly in the aviation sector, he pointed out, with a “staggering number” of projects involving electric and hybrid aircraft. These include those using vertical take-off and landing – a good chunk of which are autonomous.

Among those making huge progress with electrification is Airbus, which is based at London Oxford Airport. Its electric aircraft projects include the four-passenger CityAirbus which made its first take-off last May and the E-Fan X hybrid electric, expected to take its first flight next year.

“Everyone’s worried about driverless cars but we’re going to have the skies full of pilot-less aeroplanes within a decade,” Dillon-Godfray pointed out.

Not only are CO2 emissions significantly lower for electric and hybrid aircraft, but the cost of operation is also much less – in fact up to 80 per cent lower.

“The cost of mobility from urban centres will become a massively less-expensive exercise,” Dillon-Godfray said.

The snag is a current lack of suitable city centre facilities – ‘vertipads’ – to land this type of aircraft.

Meanwhile, as part of efforts to enhance the connection between Oxford’s airport and the city centre, there are hopes for a new park and ride near Bladon roundabout where a so-called ‘rapid transit hub’ could halve the journey time into the city centre from 20 to 10 minutes. However, even if given the go-ahead, this is unlikely to materialise much before 2026. “It would be great if we could accelerate some of these programmes,” Dillon-Godfray added.

Most of the panellists highlighted Oxfordshire’s status as a hotspot for developing leading-edge power plant innovation, electric motors and battery technology, particularly in the area of F1.

This technology is being transferred to road-going EV’s as part of the ongoing bid to make them a more viable everyday alternative.

But Dillon-Godfray expressed concerns about other regions of the UK ‘sucking up’ central government funding, leaving little for this county.

He warned: “We have a good head start but what we need is serious government backing to try and keep those skills here. It’s crucial to retain all that IP on our doorstep…it needs nurturing, protecting and backing by central government funding.” 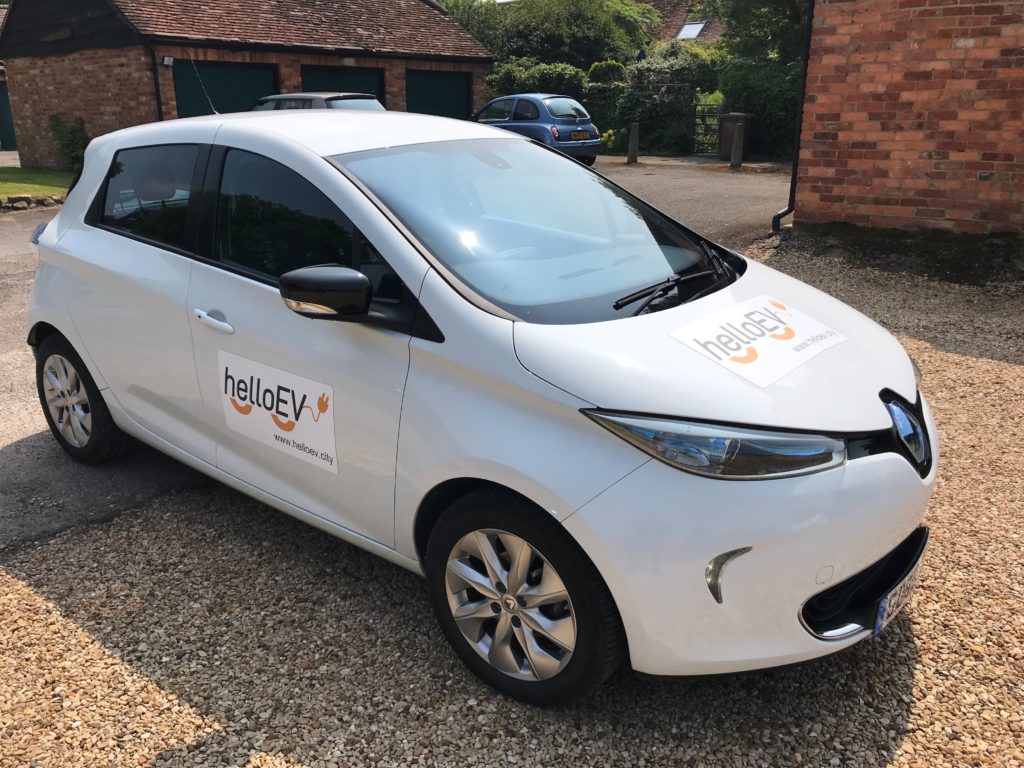 Panellist Antony Page, director of electric vehicle fleet consultancy helloEV, cited the government’s ban on sales of new fossil-fuel burning cars by the end of 2040 as a strong inducement for consumers to switch from petrol or diesel to EVs.

Even ‘petrol-head’ TV presenter Jeremy Clarkson has recently praised electric cars, Page pointed out, giving this as an example of a sea-change in attitudes.

Connectivity is about moving people, goods and services by the most efficient means but that doesn’t necessarily mean physically moving, panellist and OxLEP chief executive Nigel Tipple pointed out. He highlighted how improved connectivity could have significant implications for digital health, and consequently impact communities.

“More efficient connectivity, particularly with 5G, gives the ability to have a relationship with a hospital, a specialist or a GP in your own home without having to travel,” he said.

Oxfordshire residents who are properly connected have more of an opportunity to be proactive in terms of medical care and predicting patterns of behaviour, Tipple argued. Examples include using algorithms to predict changes in patient cohorts in terms of typical behaviour, and being able to predict problems with conditions such as gestational diabetes.

“If you can do that in real time, then you can reduce the amount of times people need to leave their homes and you can intervene earlier, rather than blocking beds,” he added.

Although not a panacea, it could result in a shift of culture in terms of how we receive treatments, he believes.

In Oxfordshire, 96 per cent of premises have access to superfast broadband but only seven per cent have full fibre connectivity. So, unless digital connectivity is improved, it will hold back productivity. Antony Page pointed out that for an autonomous vehicle to properly function, 5G is an absolute requirement and it would need to be county-wide rather than just in the city centre.

When it comes to rural communities, Page believes digital apps and services could play a vital role in persuading people to leave their cars at home and travel by public transport. In particular, helping those who live remotely plan their journeys in the most sustainable way, using a digital platform such as Mobility as a Service [MaaS}, could be a game-changer.

However, he cautioned: “If we do all of that and there’s no broadband, who are we connecting to? Nobody will know we’re there.”

What she described as “the death of rural transport” is a major problem, according to Cllr Constance.

“We are leaving a lot of elderly people very isolated in rural villages,” she said.

This is among the topics addressed in a major study, Oxfordshire 2050 – feedback from residents is due in the summer.

Cycling is also at the heart of the local transport strategy, both via greater investment  in cycle paths in the city, as well as introducing more cycling storage facilities at bus stops across the county.

Oxfordshire has a head start, given the abundance of world-leading skills and technology in the power plant innovation, electric motors and battery technology sectors, Dillon-Godfray reminded the audience.

Looking forward to when electric aircraft will be flying over the dreaming spires, he pointed out: “The skies are empty. You don’t have to plough up a forest or woodland, or drive tunnels through mountains.

“The future’s being developed here, right now, on our doorstep.”