Can the rise of electric cargo bikes transform the structure of Oxford’s roads?

Cycling in Oxford is not for the fainthearted. And yet, it’s one of the most popular ways to get around the city. In June 2018, a report for the National Infrastructure Commission found Oxford second only to Cambridge in the UK for levels of cycling. Author and journalist Andrew Gilligan cited Oxfordshire County Council ‘s recent count of 860 bikes an hour crossing the city’s Magdalen Bridge on a weekday. The local authority also estimates 75,000 journeys are made by bike in Oxford, daily.

share
go deeper
But Oxford’s provision for cyclists is a patchwork, pieced together over decades of incremental transport strategies. This ancient city, originally built for horses, is faced with an every-day influx of motorised vehicles.

A noticeable contingent of these is delivery vans, as the spectacular rise in online shopping brings them in their hundreds into the city every day.

Chris Benton, founder of the city’s largest cycle courier Pedal & Post, reckons there are now around 28,000 parcels delivered daily in the city – around 1,500 to 2,000 per carrier.

The rising costs of vehicle deliveries in a congested city like Oxford, is beginning to jar with firms who run their own fleets or use couriers. Cargo bikes and trikes are becoming a familiar sight, as firms discover serious amounts of hours, money and carbon emissions can be saved if they ditch four wheels for two or three.

Electric bike technology is improving the cost-effectiveness of cargo bikes, adding to their capacity to carry heavier and bigger loads, and to be ridden for longer distances with predictable delivery times. As we see more of them on Oxford’s roads, they could become the catalyst local authorities need to make cycling provision better and safer for all.

READ  Cargo bikes in Oxford: What they are and where to buy

Pedal & Post is riding high on the back of this trend to beat congestion, keep down costs and reduce carbon emissions by swapping traditional vans for cargo bikes, having almost doubled in growth year-on-year since launching in 2013.

Another cycle delivery success story is OxWash, which provides a sizeable chunk of the city’s laundry services. Founded in 2017 by Oxford University student Kyle Grant, it’s scaling up fast – including opening a funding seed round this autumn, to expand the OxWash model to more UK cities.

Both cycle courier companies have strong opinions about the state of Oxford’s cycling infrastructure.

OxWash’s commercial manager Ben Towler says: “There is confusion for all road users. A lot of the issues are around cycling – some places are hazardous because cycle lanes disappear half-way down a road.

“It’s easy to get cross with motorists but many don’t realise the [rules around] rights of way.”

Pedal & Post’s Chris Benton also pulls no punches: “To put it in nice terms, I would say woefully inadequate, particularly for volume-use bikes.

“It’s great we have, at the very least, painted lanes, so we can filter and navigate past traffic.”

He adds: “Things are improving with The Slade, Headley Way and the best one is they’ve redone the river path, so we can use it to get from Osney Mead to Abingdon Road.

“They are improving bits and pieces but not where it really counts and where the most complex and heavy traffic is, which is one of the biggest barriers.”

Benton also sees narrow cycle lanes as problematic: “Our electric cargo bike is 1.2m wide, which is fairly standard but most cycle lanes in Oxford are sub that, by some margin.” 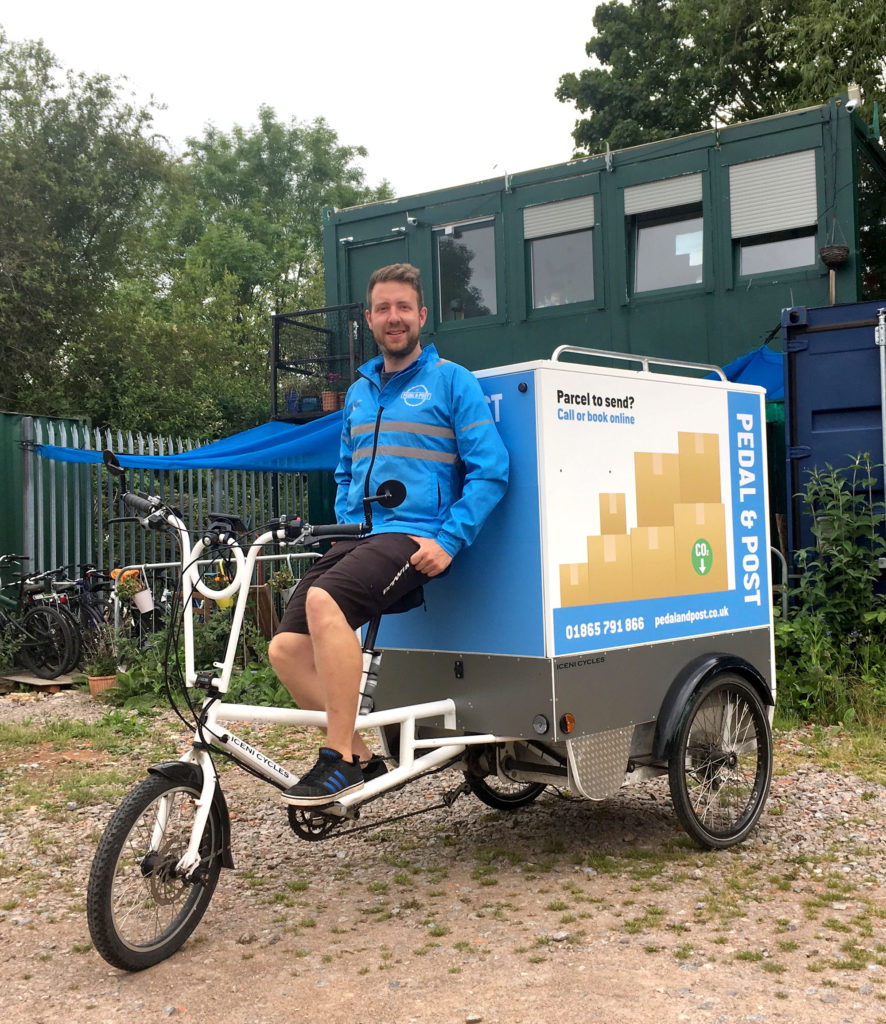 He says: “If you’re on a big cargo bike, you take up more room but you can go 17 mph with power assist. We sometimes get slight aggression from drivers, because they can’t pass you like a normal bike. What was previously doable but difficult is now much more possible on an e-bike but you’re annoying more traffic, because you’re still going slower.” 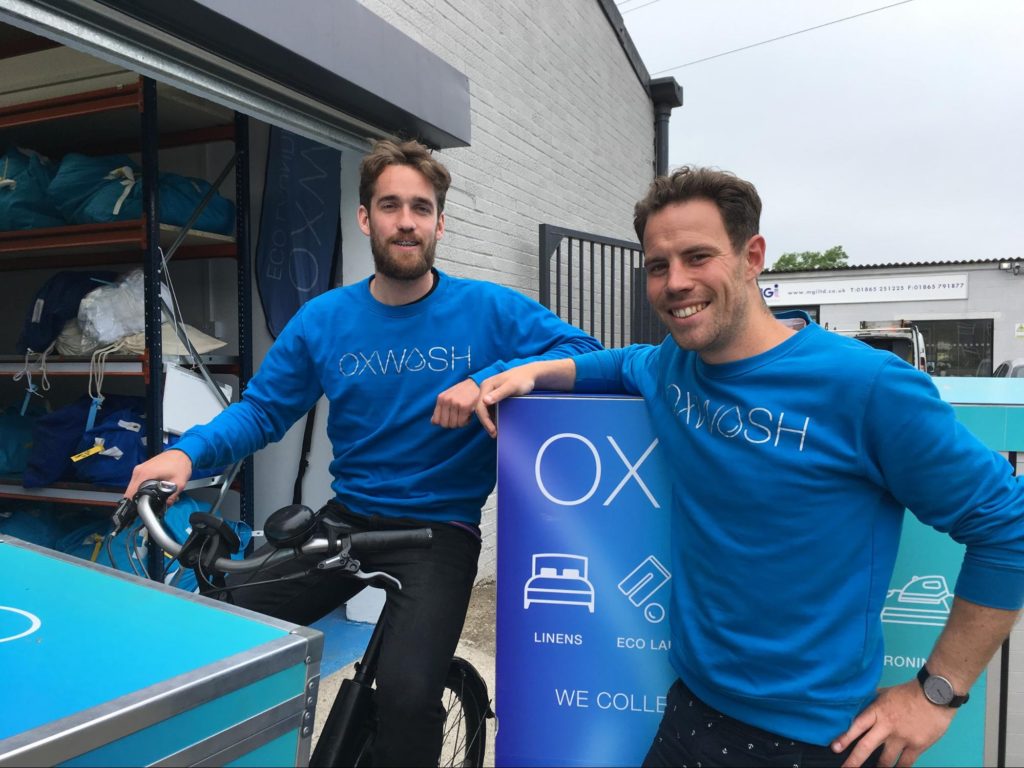 Gilligan’s report for the Department of Infrastructure is seen by many as a blueprint for delivering the cycle landscape needed in Oxford and the surrounding area. In the next decade, 85,000 new jobs and even more new homes are set to be created in and around Oxford.

Oxfordshire County Council estimates this could raise journeys within the city by 25 per cent and add 13,000 commuter car trips daily.

But the £150m Gilligan recommends should be spent to bring cycling provision up to scratch for this growth, is, today at any rate, beyond the reach of local cash-strapped authorities.

Nevertheless, both city and county councils are putting resources into helping people make active, healthy choices about the way they travel.

She points out: “Ian Hudspeth [Oxfordshire County Council leader] is engaged with the need to improve city infrastructure from the angle of active travel for health. The more cycling can improve business conditions, the better the case for funding.”

Investment in infrastructure is just one part of enabling sustainable travel. Traffic reduction and smart road use are also key, and digital technology could prove to be more effective and less costly than capital investment in road schemes.

In Oxfordshire, both city and county councils are investing in technology to make smarter use of the road network, reduce vehicle use and encourage cycling, walking and public transport.

Upton, a keen cyclist who recently bought an e-bike to ride to edge-of-town meetings, cites the £30,000 funding just raised to boost cycle parking in the city centre.

She explains: “This came after a detailed audit by Parkthatbike, which mapped potential cycle parking spots in town.”

As the city council prepares to introduce the UK’s first Zero Emissions Zone, Upton “would love to have infrastructure for last-mile deliveries taking big lorries out of the city centre”.

She’s keen to stress schemes such as ZEZ have to work for the firms who rely heavily on the road network. The city council is exploring the provision of electric cargo bikes for Oxford’s Covered Market traders and is installing electric vehicle charge points for taxi drivers in central locations, such as Manzil Way.

To raise funding for new approaches to managing the road network, hard evidence on the benefits is needed – making it expedient for local authorities to work together to gather more complex data on how the road networks are used.

James Golding-Graham, of Oxfordshire County Council’s innovation team, explains: “The idea is we collect a baseline data set and when we see a change in the cycling numbers, we’re on top of that trend and can look at the design of infrastructure.

“The first thing is to get that baseline and understand how people are using the network.”

One of the county council’s major projects to support this, is the smart cycle detection system.  This summer, around 70 data sensors have been installed on road junctions around Oxford to give real-time data on types of vehicles, including bikes.

County council health improvement practitioner, Richard Kuziara works with Golding-Graham and Vivacity Labs to ensure the project helps to achieve the delivery objectives for ‘healthy place shaping’.  He explains the aim is to gather evidence “to inform how the Urban Traffic Management Control system could be replaced to enable smarter, more sustainable use of the road network”.

This type of granular data could be used to enrich apps and journey planners aimed at offering travellers the least-congested route options. It also has potential for real-time traffic management, such as giving priority to cyclists to manage pollution and influencing the design of junctions. 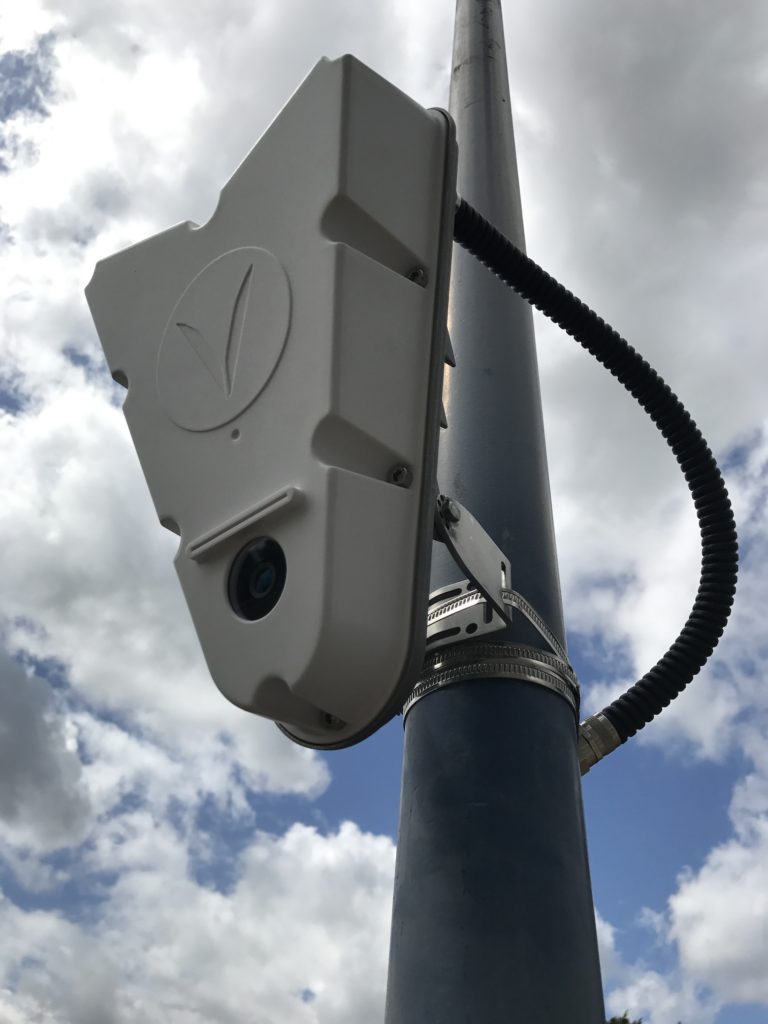 Kuziara points out the sensors could improve flows for bikes and cargo bikes: “If we have cameras looking at a junction, we could link those up to the UTMC which controls traffic lights. So, if there are 15 cyclists and three cars, we could manage that junction so bikes get priority.

Kuziara sees the use of cargo bikes for freight delivery as ‘inspiring’ and is encouraged by growing sales of electric bikes, signifying people are starting to embrace sustainable travel.

He says: “The new technology is relatively affordable and emerging research suggests that the overall health benefits of e-bikes may be equivalent to normal cycling because they encourage people to cycle more and be physically active for a greater amount of time than they would otherwise.”

Golding-Graham is clear about the authority’s mission to improve the quality of life in the region.

“We want an element of sustainability in all of the projects we are involved with,” he says. “We have to keep benefiting the people of Oxfordshire. Why are we doing it otherwise?”

He has a vision for how digital technology could be put to use on major routes, such as Botley Road.

“What I’d love to be able to do is to add digital infrastructure that allowed us to dynamically change the road space, given demand at a particular time.”

He cites Valerann, a company which produces road studs with dynamic LED lighting which can alter lane use, in response to different flow rates at different times of day.

Innovative bike-light technology could also be used to monitor the condition of cycling routes to spot defects and feed back to council repair teams. The county council is working with tech firm SeeSense, whose intelligent bike light records the road surface condition as the cycle moves along, detecting when the cyclist swerves, goes over bumps and dips.

“Placed on cyclists’ bikes around the city, it would add another layer of granularity to the data we record on road use and conditions,” Golding-Graham says. “We have cycle counters on our cycle paths, we have our cycle detection system. If we did something with SeeSense, that would give us another layer.

“It’ll never be one source, as we have to use any source of data we can get. If we build that into a geospatial platform, we can start to build a rich picture for cycling and walking in the city.”

But when it comes to sea change, Golding-Graham admits that’s only likely to happen if and when national mainstream courier companies such as DPD and TNT alter the way they handle city centre delivery.

“If they said we’ll put 60 cargo bikes on the streets of Oxford, it would really make us take notice and decide whether there was a requirement for some infrastructure changes. Because let’s face it, that’s what really changes the world.”

Electric cargo bikes: Last and first mile trailblazers
Connectivity: How can we tackle congestion and pollution in Oxfordshire?
Cargo bikes in Oxford: What they are and where to buy
Lower cost of ownership strengthens business case for commercial EV’s
ESO helps ODS go electric with first EV’s added to fleet
share this article