As congestion adds to the cost of urban goods deliveries, firms are taking to cargo bikes for last mile deliveries. Two firms are leading the way with delivery services that will ease traffic and reduce carbon emissions.

Oxford’s largest cycle courier Pedal & Post has almost doubled in growth year-on-year, since it was formed in 2013.

“If it fits on a cargo bike we’ll deliver it,” says founder and managing director Chris Benton.

And with most parcels, it will. Pedal & Post delivers just about anything from veg boxes, to T-shirt consignments, student newspapers and even blood supplies for the NHS.

“Cargo bikes can do 51 per cent of goods deliveries in an urban centre like Oxford,” says Benton. 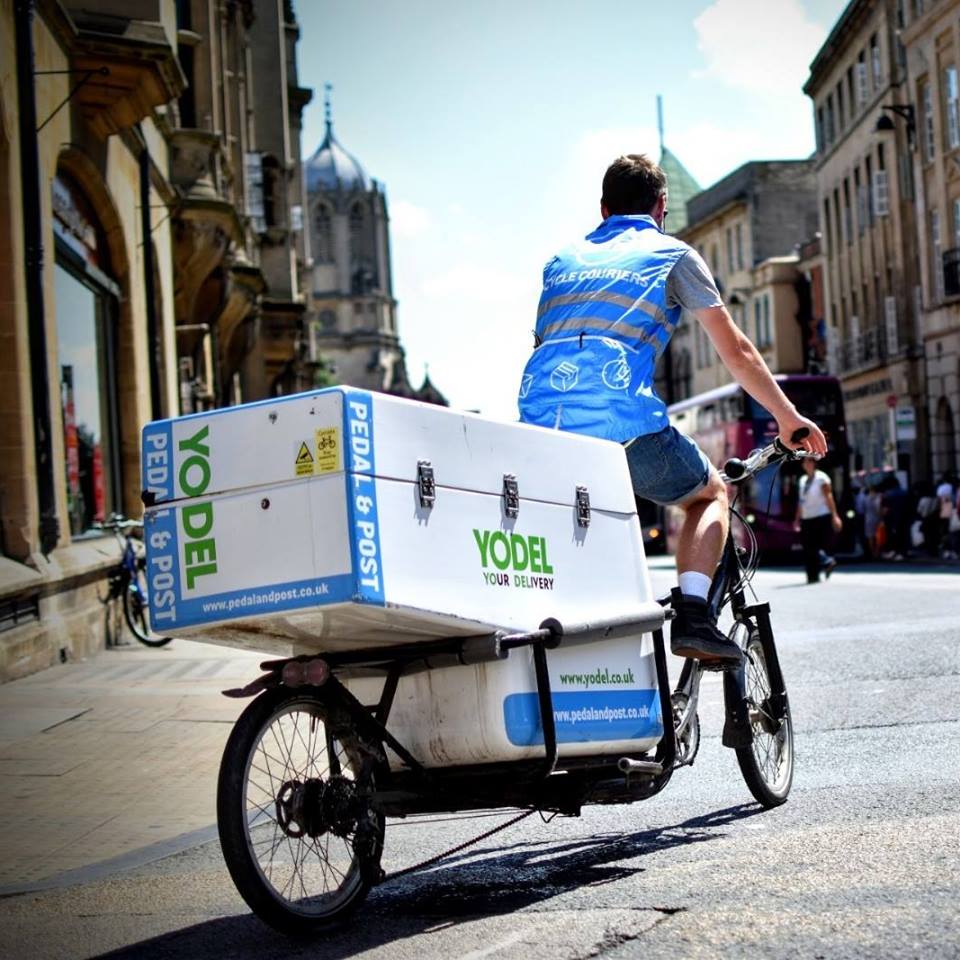 Online shopping is one of the firm’s key growth drivers. For the past two years, the firm has handled last mile deliveries for national online service Yodel. “Our business with Yodel grew 23 per cent in the first year, and this was purely down to people ordering online. Now we’re delivering around 400 to 500 parcels a day for them,” says Benton.

“We’re trialling with the e-cargo trike to take everything and have a 100 per cent zero emission service for Yodel in Oxford,” he adds.

The Iceni three-wheeler has about the same load volume as a Citroen Nemo van, is less than a fifth of the on-the-road price (see comparison chart) and carries a fraction of the running costs. 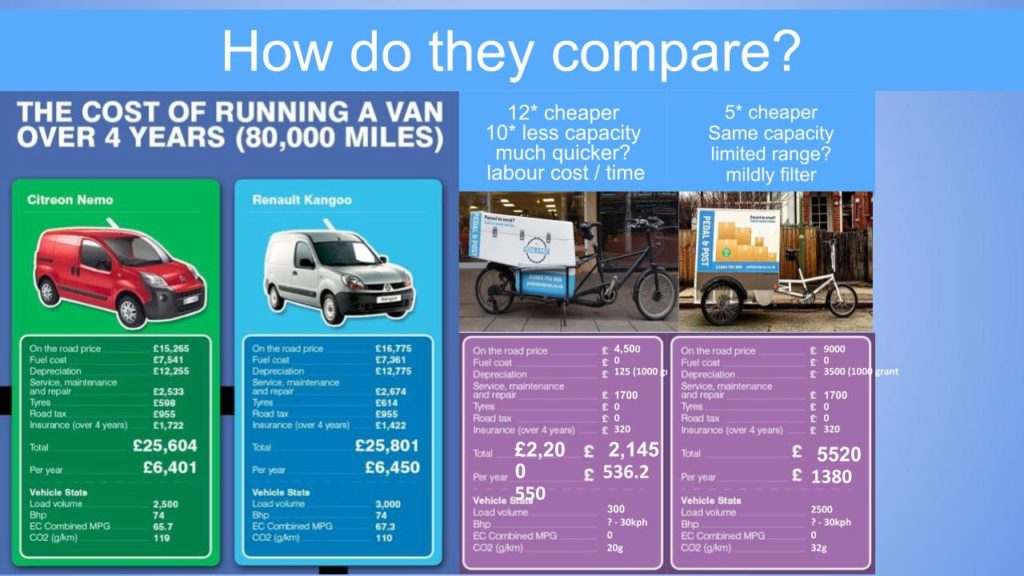 Benton says the firm has big plans for expansion.

“We’ve got lots of depot improvements going on. We’re looking to get more of the e-cargo trikes in, then hoping to expand what we do with the parcel carrier and launching new services in the next month or two.”

Benton is running trials for handling first mile deliveries, where Pedal & Post collects from the sender and delivers to the carrier for onward delivery. He is one of the first in the UK to trial the use of GPS units on the bikes to gather data sets for speed, distance and how many times the box is opened.

Asked whether the firm’s growth raises its influence with planning authorities, Benton is upbeat: “We definitely get a seat at the table. There are some great things we’ve been involved with. We know the city and county councils very well and they’re very supportive – as much as they can be.

“But we tend to find they’re still prioritising the motor vehicle over other forms of transport, which is a shame but breaking that status quo will be difficult.

“A tipping point will come but I don’t know what’s going to cause it.”

READ  Can the rise of electric cargo bikes transform the structure of Oxford's roads?

Founded in 2017 by Oxford University DPhil student Kyle Grant when he sought a low-carbon way to wash rugby kits, OxWash is providing a sizeable chunk of the city’s laundry services. Scaling up fast, it is opening a funding seed round for £1.5m this autumn, to take the OxWash model to more UK cities.

The firm’s seven-strong team ride a fleet of six cargo bikes (with five more coming) from an industrial unit in Osney Mead. The bright-blue OxWash boxes are a familiar sight on the roads, as they cycle around laundry for restaurants, hotels, Airbnb’s and individual homes.

He explains: “With the bikes, we are 15 minutes away from most places. We don’t intend to hold high levels of stock, so our plan is to get it out of the door as soon as it’s ready. When we deliver, our customer gets a text to select a delivery slot and that can be within 15 minutes.”

De Wilton adds: “We’re smaller and can go in and out quickly. Vans normally give a two-hour delivery window but we give 10 minutes and this works well with cleaners, as we can be there when needed to swap linen over when they’re ready for us.”

OxWash uses Urban Arrow electric cargo bikes, which are built to the customer’s specification, so they can choose the chassis, size of box and so on.

READ  Cargo bikes in Oxford: What they are and where to buy

The firm plans to trial Oxford’s first electric quadricycle, designed and built by Bicester firm EAV. This joint project with EAV and Deliveroo will trial the collection, washing and resale of takeaway food containers.

“This will be a high-visibility transport system…to close the loop on single-use packing,” says de Wilton. The firm is seeking grants to expand the scheme with dedicated food washing premises.

“The aim of Oxwash isn’t just laundry – it’s washing anything with net-zero emissions,” he adds.

Can the rise of electric cargo bikes transform the structure of Oxford’s roads?
Cargo bikes in Oxford: What they are and where to buy
Connectivity: How can we tackle congestion and pollution in Oxfordshire?
Council aims to drive innovation with transport modelling project
ESO helps ODS go electric with first EV’s added to fleet
share this article