The financial case for electric vehicles (EV’s) was the focus of an Oxford City Council and Oxfordshire Greentech business breakfast this week. To a packed room at the Said Business School, speakers addressed topics that would-be adopters of commercial EV’s want to understand. Leasing options, tax breaks, insurance, the second-hand market and cost of ownership were all high on the agenda.

Melanie Creedy and Ellie Vujasevic of fleet finance firm Drive Electric presented a tight analysis of the cost of acquiring and operating EV’s, the numbers demonstrating that greater initial outlay is more than offset by lower lifetime costs. They cited the UK tax structure, in which EV owners are set to gain from tax breaks, whereas diesel and petrol taxation will be largely static. Vujasevic compared taxation costs for a 40-per-cent tax payer driving a BMW 3-S Diesel versus a Tesla Model 3, stating that company car drivers in this category could save up to £400 per month if they switch to an EV. While these were exceptional examples, they stressed how important it is to look at the whole cost of ownership when comparing the cost of EV’s over ICE (internal combustion engine) vehicles. 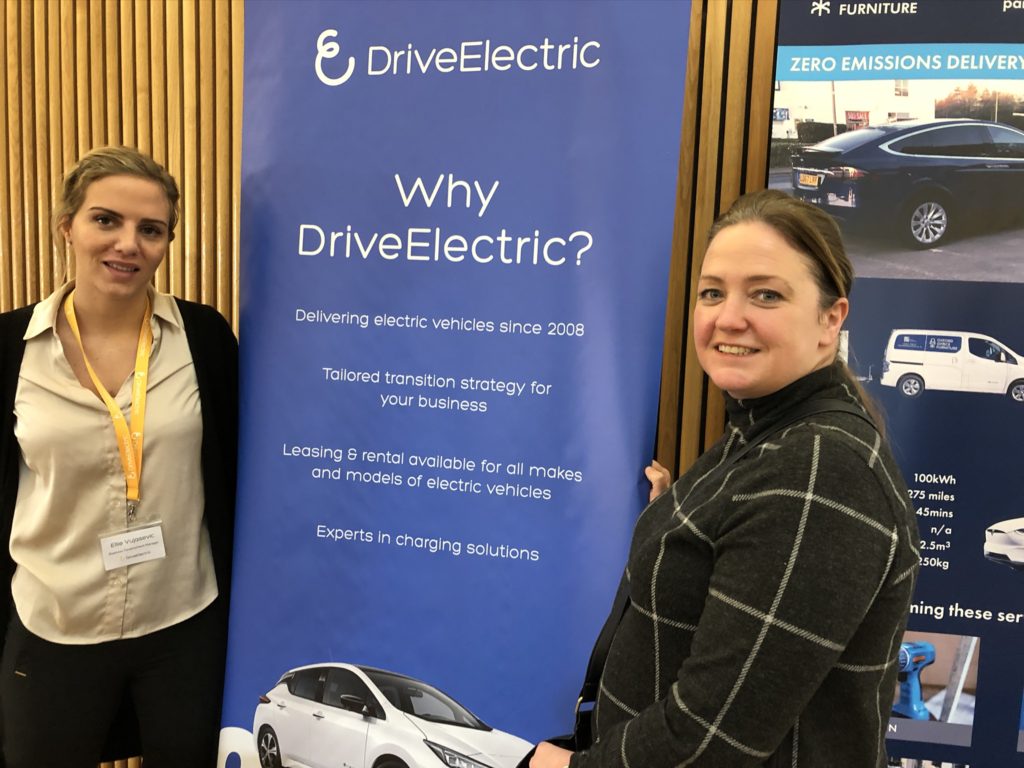 For fleet owners, Creedy and Vujasevic presented a fuel analysis comparing a 20-vehicle diesel fleet with an EV one, suggesting potential cost savings which any fleet manager would find hard to ignore. Assuming weekly mileage of 170 miles, diesel costs would be £34 to £35 (HMRC rates), whereas electricity for the same mileage would be under £10. For a 20-vehicle fleet this could amount to an annual saving of £27,000.

Greg Fairbotham, chief executive and founder of Zoom EV, talked about the evolution of the insurance market for EVs. His firm offers an insurance product and helps fleet owners, through a membership scheme, looking to make the transition from ICE vehicles. He noted that big insurers have some catching up to do on the realities of driving EV’s, explaining that many don’t take into consideration EV specifics, such as batteries and charging cables. They can also be slow to recognise the advantages of driving EV’s from a risk perspective, and they are not offering customers benefits to reflect that.

Fairbotham went on to say that insurers are starting to realise users of EV’s are a different class of risk than traditional motor vehicles, and they are beginning to adjust their policies and premiums. An industry that is driven by data is also welcoming the fact that most modern commercial EV’s have inbuilt telematics that can provide insurers with information about how the vehicles are being used.

Tim Rose of Pivot Power is programme manager for ESO, the Energy Superhub Oxford project, a consortium that is part-funded by Innovate UK and one of four demonstrator projects in Oxfordshire looking at the integration of energy, transport and heat. They are installing a large hybrid battery at Cowley substation and building a 10 km network of chargers, via a private wire, that will connect the Cowley substation to Oxford city. An initial 50+ chargers will be placed in Horspath. A machine learning-based optimisation engine is forecasting demand and power supply.  Key partners of ESO include Oxford City Council, and Habitat Energy, an Oxford-based energy trading business. 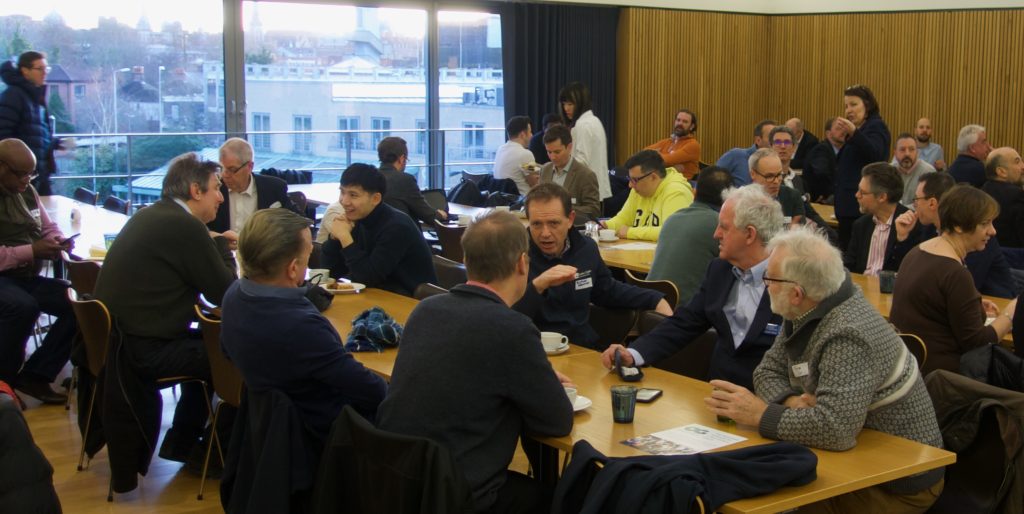 The Cost of ownership of EV’s Business Breakfast at the Saïd Business School. Pic Karen David

While the aims are to shift vehicle ownership over to EV’s, Rose pointed out the challenge of making the case to taxi drivers, suggesting that subsidies will be required to support their transition. ESO is running trials for Oxford Hackney Drivers, which total just over 100 and are required to be driving ultra low emission vehicles by 2025. As part of the phased transition, 50 have to change their vehicles this year. Rose presented a model for ownership comparing a new electric black cab with a price tag of £65,000 with other purchase options for drivers, from a new diesel cab, and extending to a second-hand black cab for £3,500. Taking into account the various leasing options for EV’s, comparative running costs, servicing and repair, and assuming annual mileage of 25,000, the monthly cost of an electric cab filtered down to less than £200 per month more than that of a second-hand cab. A gap that narrows as mileage rates go up.

Matt West of Go Green Autos said the market for used EV’s is well developed, pointing out that some vehicles have been around for 20 years (although most of the early models have outlived their manufacturers, and therefore service and support providers). Early adopters have realised good value for their initial purchases because of the longevity of the vehicles; e-vans can now be bought from around £6,000 for a vehicle with a leased battery, and £10,000 for an owned battery. He explained that purchasers of cars with separate lease agreements for the vehicle’s batteries were able to roll over those agreements based on annual mileage.

Dave Beesley, chief executive of Oxford Office Furniture wound up the session with his inimitable passion for electric vehicles and the associated technologies. An early adopter of electric vans for his business, he confirmed how that decision has paid off financially, but emphasised the importance of being part of a movement that effects wholesale change for the benefit of all. 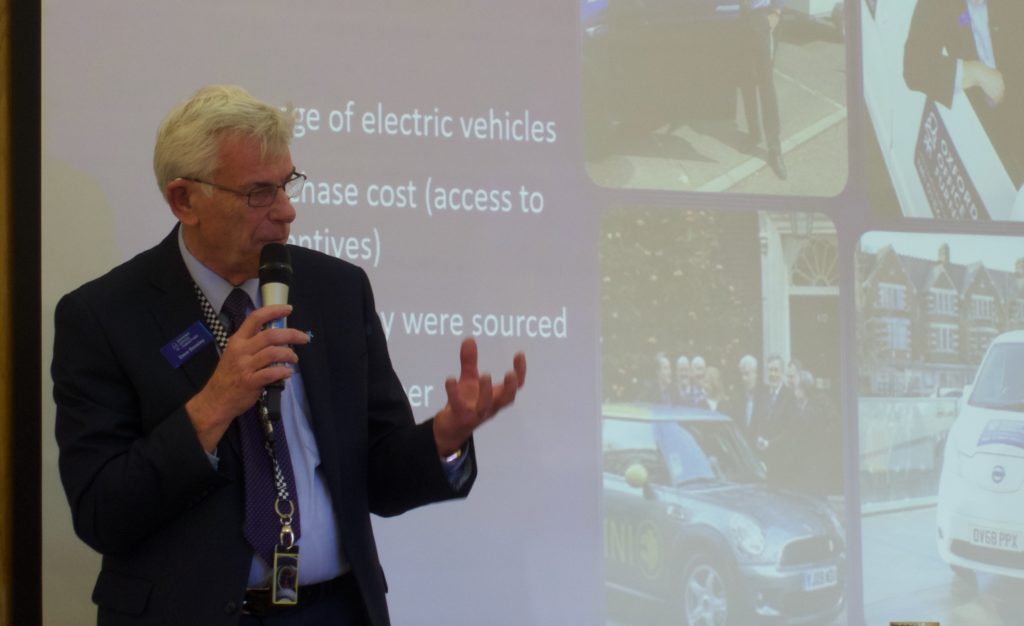 The Cost of EV Ownership was part of a series on the various aspects of EV ownership, run by Oxford City Council and delivered by Oxfordshire Greentech.

ESO helps ODS go electric with first EV’s added to fleet
Can the rise of electric cargo bikes transform the structure of Oxford’s roads?
Vehicle-to-grid: Oxfordshire study could mean power from electric vehicles is used to balance supply
Oxford car plant charges into a new era, as Mini electric hits the streets
Connectivity: How can we tackle congestion and pollution in Oxfordshire?
share this article