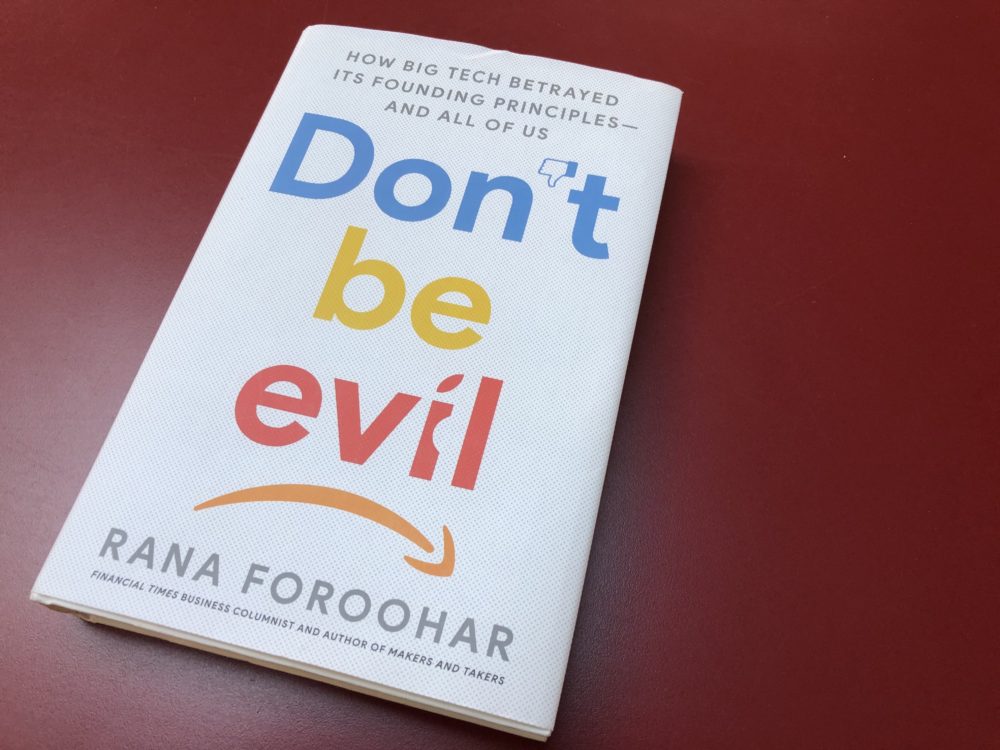 Don't be Evil by Rana Foroohar

As a journalist with the Financial Times, Time, Newsweek and CNN, and erstwhile employee of a tech company, Rana Foroohar has had a front seat during the past 20 years of the technology industry. In this book she looks at the damage done by this industry with reference chiefly to the FAANGs (Facebook, Amazon, Apple, Netflix and Google).

She charts the beginnings of these behemoths and explains how the hippy moral stance of the early days, typified by Google’s ‘Do no evil’ became progressively corrupted by the influences of capitalist ethics and the replacement of liberal values with libertarian ones.

share
go deeper
As the capabilities of the technology increased, the founders proved unable to resist the power this gave them, she says. Consumers were like frogs being brought slowly to the boil, paying with personal data that the tech companies monetised effectively to their customers, the advertisers. Consumers became the product, not the customer.

As they grew, so did their influence. The tech companies’ lobbying operations in Washington now exceed the size and spending power of industries such as oil, aviation and car manufacturing, the traditional heavyweights in that sphere. The result of this influence, Foroohar alleges, has been a weakening of intellectual property rights that has enabled massive monopolies to come about and the creation of an underclass of gig economy workers effectively forced to work at the convenience of the companies for slim rewards and virtually no provisions such as holiday pay and pensions, on which ordinary employees can depend.

In the latter chapters Foroohar points to the EU’s GDPR and the growth in union affiliation as signs that a response is starting to take shape.