A Mini Electric rolls off the production line at the Oxford plant. Pic: Mini UK

The new Mini Electric is rolling off the production line at BMW’s Mini Plant in Oxford ready for launch on March 7. The electric car has been designed to integrate into the existing production facility, making it the first plant within the BMW Group to manufacture fully-electric vehicles on the same production line as combustion engine vehicles. TechTribe Oxford visits the plant and tries out the new car on Oxford’s roads.

Every 67 seconds a newly-built Mini drives out of the plant, and now it can be a petrol, diesel or electric model. The Mini Electric is based on the same body shell as the 3-Door Hatch classic and with slight adaptations, it has been designed to fit the main different components, the motor and the battery, within the existing car body.

The electric car, which has been over 10 years in development, is designed so that every key component – the high-voltage wiring, the battery and the motor – fits within the vehicle chassis and can be assembled in the same number of minutes as the petrol and diesel models.

John Cowan, project leader, assembly, Mini Electric at Oxford, explains that the battery install was simulated by the same technology behind the game Fortnite, “to give people an idea of what it looks like in reality. If you try to explain this process in PowerPoint, how the cross transfer and the battery fit is going to work, not everyone comes out of the meeting with the same idea.” 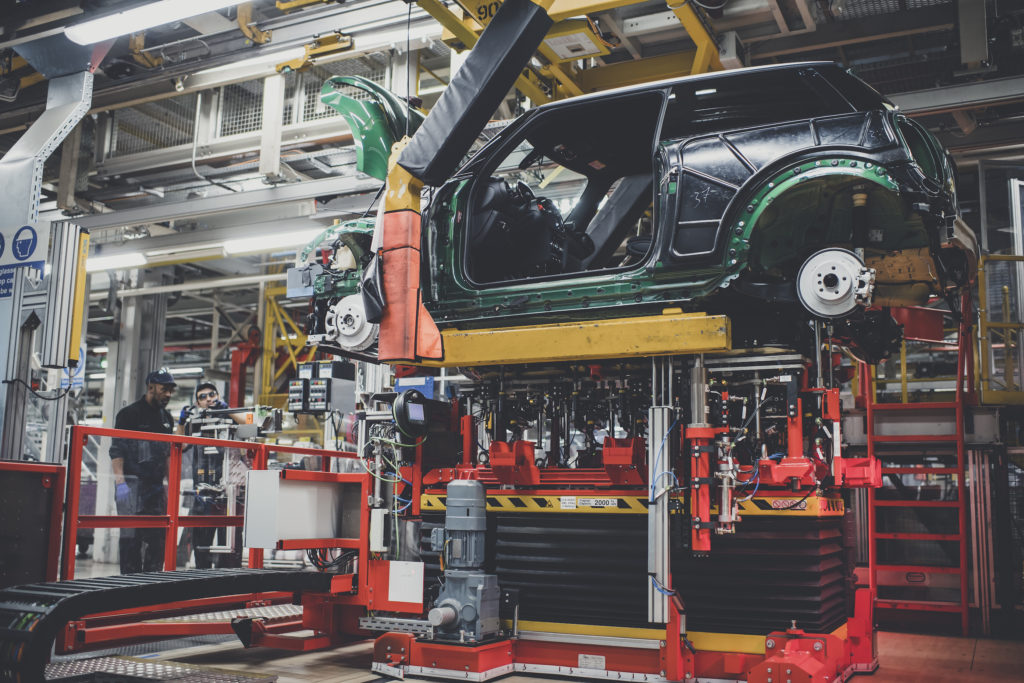 The battery pack has 12 modules of lithium-ion cells arranged in a T-shaped unit in the vehicle floor between the front seats and under the back seats, providing a battery capacity of 32.6 kWh. Each battery pack weighs 250kg and fits into the space where the exhaust pipe used to be. Installing them takes just 30 seconds in a process that diverts the car to a fitting station where the battery is lifted by crane and fixed. The timing and integration with the main line is achieved by a complex, just-in-time process. 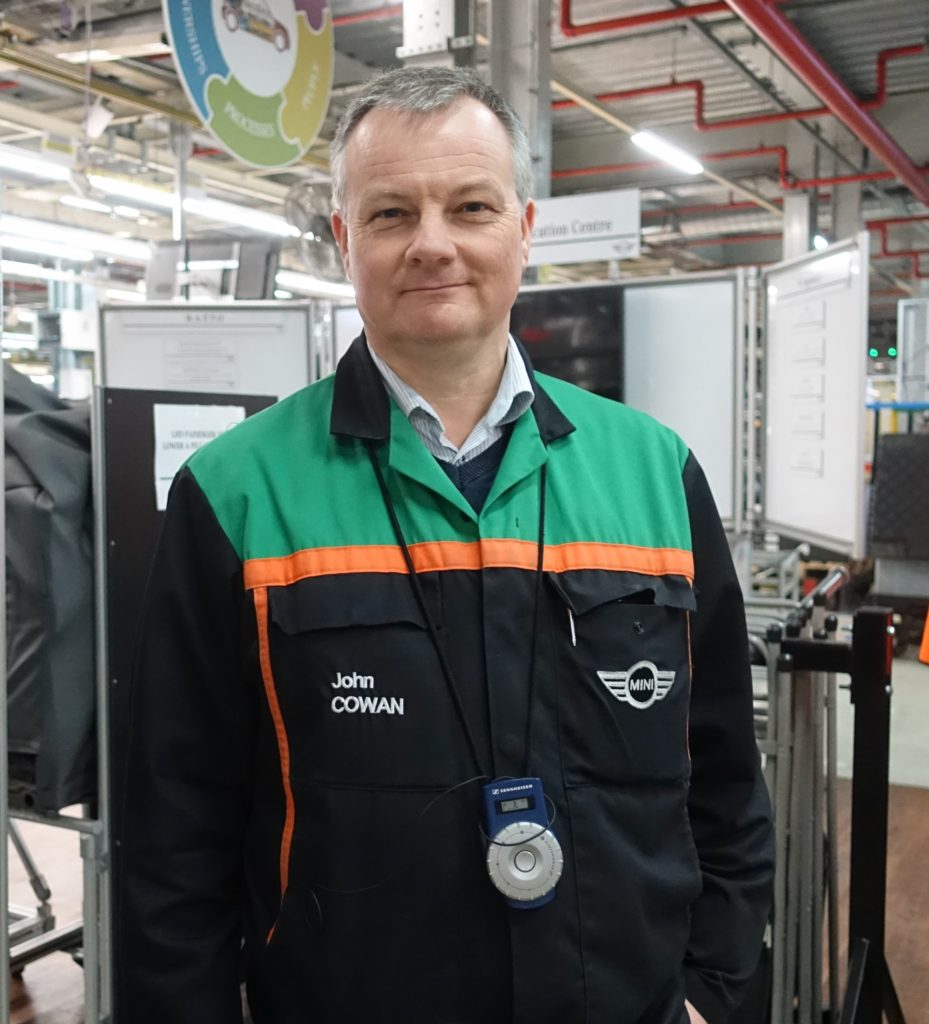 The plant is currently turning out 1,020 cars a week, and 10 percent of these are electric. While the manufacturer wouldn’t be drawn on how this percentage might grow, Cowan points out:

“We have capacity to expand and flex, that’s what it’s all about.”

The plant is currently running three shifts a day 6am to 4am, five days a week and could extend to weekends. “We could expand to 250,000 cars a year,” he explains. Although, to expand capacity, he points out, the plant would add shifts rather than structure. “To go much more than one car a minute brings in a lot of other inefficiencies. Looking worldwide this is how fast plants run, if you want to run faster you would build a second line.”

Mini Plant Oxford has used its existing workforce to integrate the electric car into the production facility and achieve the 67-second target time. Of the 800 or so people who work in the assembly hall at the plant, the vast majority have been trained in electric vehicle production in a programme that has five levels. The new skills range from electrical engineering to implementing production processes within the BMW group network to deal with electric cars on the assembly line.

Cowan gives an insight into how they are bringing new training to the plant:

“We had to ask, ‘How do we handle high-voltage electric vehicles’ and there aren’t a lot of training courses locally that we can access. So we translated BMW courses into English, and are using them to train people within our workforce up to a higher skill level.

“For the future, we’ve found apprentices who in the coming years will bring those skills to the plant. These are six local people around 18 years old, and they will do a motor vehicle apprenticeship that specialises in electric vehicles.”

Design and development of the Mini Electric has involved new collaboration between BMW’s design teams in Germany and the Oxford plant. The first large-scale field trials began in 2008 and a concept was revealed at the 2012 London Olympics. Michael Krauss of the powertrain team for hybrid vehicles and Mini Electric, explained its design for production began in 2016, when BMW began development in Germany. Prototypes were built in 2017, and these were brought to Oxford in 2018 for refinement and productisation. 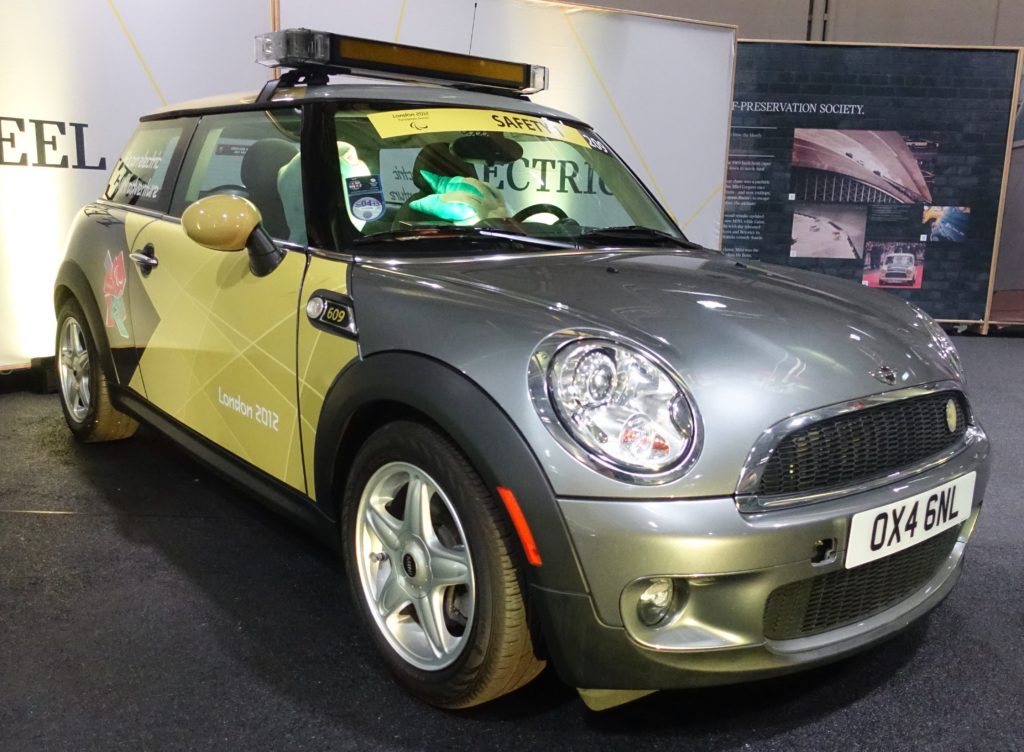 The long-term development of the Mini Electric has resulted in the first BMW production development team located in the UK. Andreas Löhrke, project leader, high performance battery, heads the international team of 10, which was established at the Cowley plant in 2017. Löhrke was part of the team which designed the motor, which has been used in the BMW i3 electric car since its launch in 2013, and has been driven over two million miles by i3 owners around the globe. 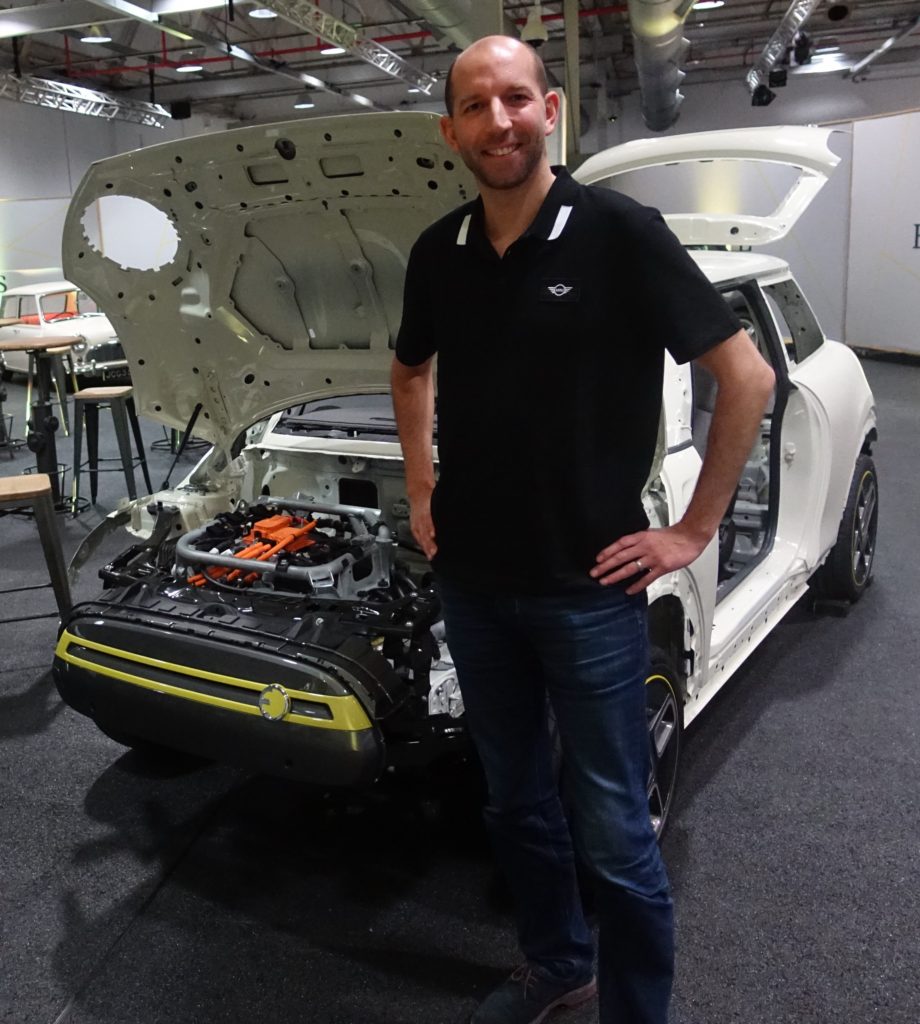 “It’s a really good design and we wouldn’t have put it in the car if we hadn’t got a positive response from the i3. It has proven to be extremely efficient,” adds Löhrke.

Fitting all of the car’s components into the existing body meant a number of design challenges. Löhrke explains that the first trial vehicle was a two-seater and they had to work out how to get the boot and back seats in. Then came the launch of the i3, which generated a huge amount of information and feedback from customers. This enabled them to understand how drivers used the car, when and how they charged it, “…and all of that went into the design,” he says.

TechTribe Oxford took a freshly made Mini Electric in British racing green for a spin around Oxford, where it felt great to be driving without adding to the traffic pollution.

The complete absence of engine noise was a new and welcome experience, helping to lower the stress levels of navigating Oxford’s ancient and infamously bumpy roads. Adding to this sense of calm was the regenerative braking system of electric cars, which eases city driving as it effectively does the braking for you as you lift your foot from the accelerator.

It’s not a car for slumber though. It opened up impressively on the ring road and has the fastest acceleration speed in its class, capable of reaching 62mph in 7.3 seconds.

Overall, the classic Mini styling, handling and agility should give it wide appeal. Let’s hope it makes the Mini Electric the next success story for this 60-year old brand, and in doing so, helps to ensure a sustainable future for Mini Plant Oxford. 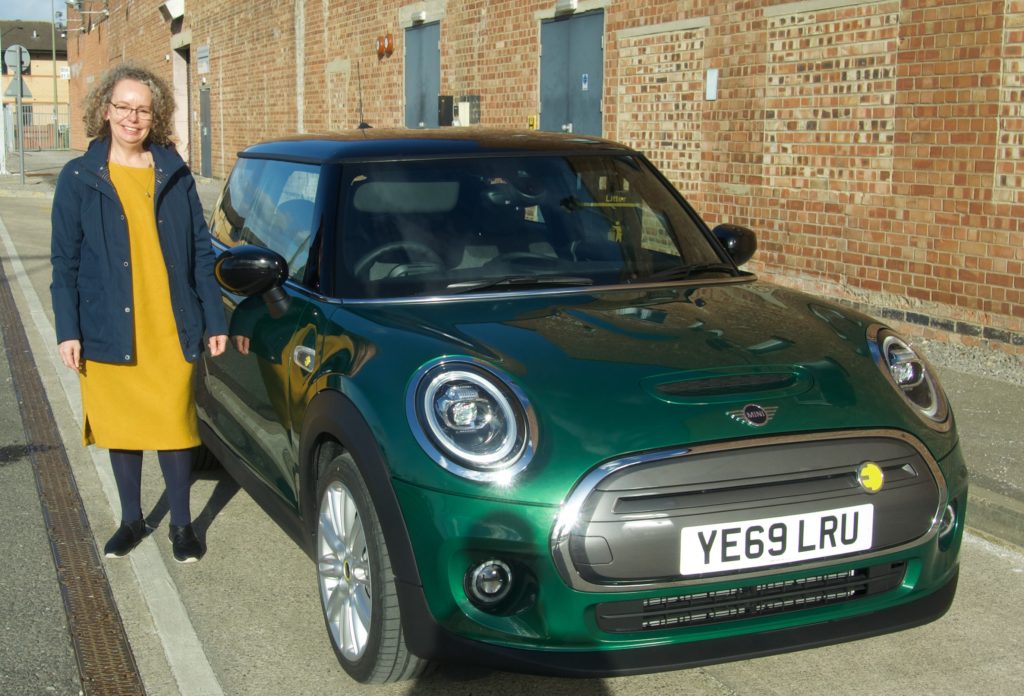 How Mini Electric differs from its conventional predecessors 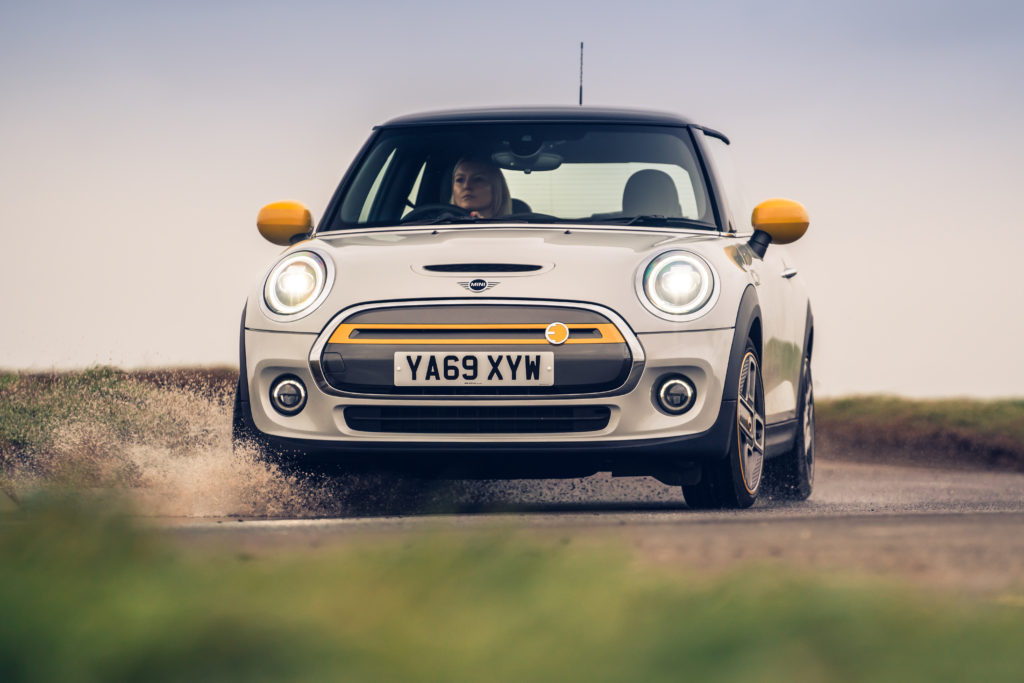 The Mini Electric is the brand’s first fully electric vehicle and its global production is at Mini Plant in Oxford. Design is based on the same body shell as the 3-Door Mini Hatch, with some differences: 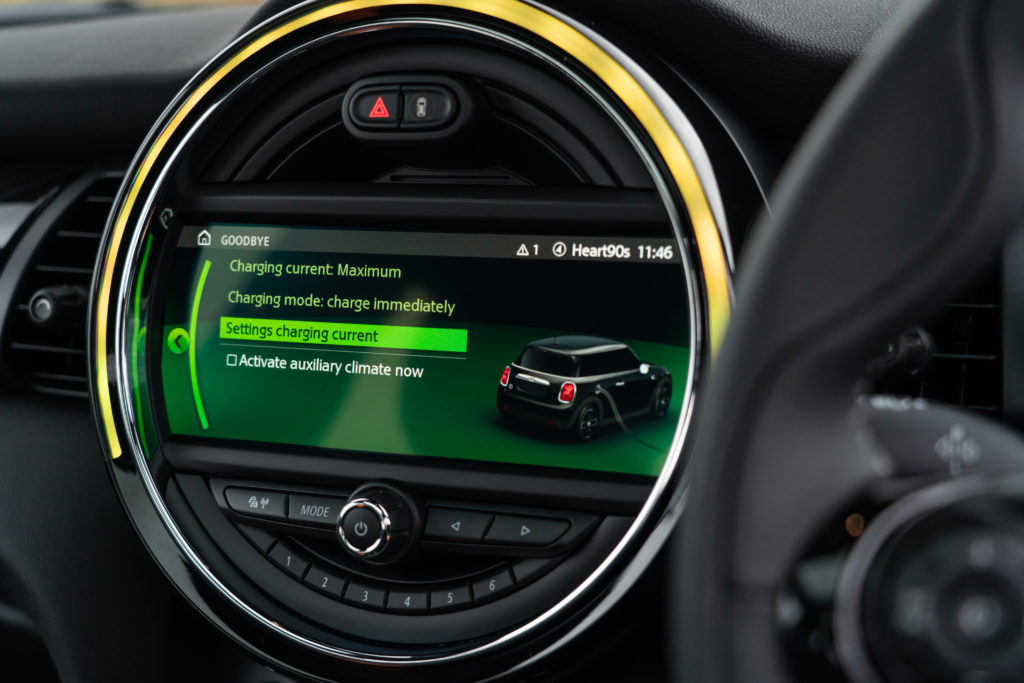 Lease price starts at £299*a month and list purchase price at £24,400 OTR, after the government plug-in car grant has been applied.

*Monthly rentals from £299 plus £4,000 initial rental for a 48 month Personal Contract Hire agreement.