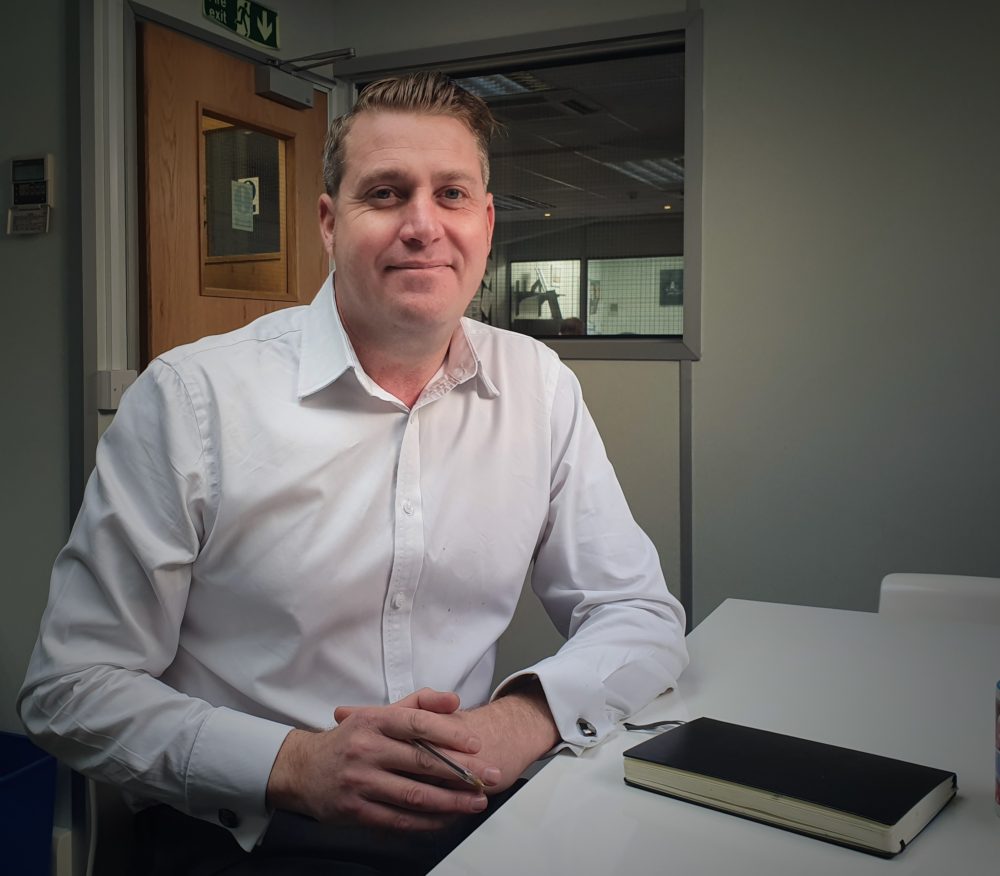 Ahead of the Clean Growth Conference in Oxford on March 18, Gareth Dinnage, managing director of print firm Seacourt, sets out his ambition for Oxfordshire to be at the heart of the global low carbon economy, and what more can be done to drive it.

Family firm Seacourt made a commitment over two decades ago to stop harming the environment and work towards becoming carbon positive. Print is one of the world’s most damaging industries in its colossal use of water and harmful chemicals, and Seacourt has invested more than £1m in the past few years to make itself a carbon-neutral, environmentally unharmful print firm. The company has three Queen’s Awards for its efforts in sustainability and is widely recognised as a zero waste operation with a net-positive environmental impact.

“I love the vision of Oxfordshire being the capital of low carbon globally, not just in the UK,” says Dinnage.

“We want to be seen as a centre of excellence and I totally support that position. We have the skills, the resources, the knowledge and the appetite to really transition our local economy to one that’s focused on the low carbon economy.”

Yet he believes fundamental changes are needed in the way firms and policy makers think, and their priorities. He considers the B Corporation, or B Corp, certification system for sustainable, values-driven enterprises, is a model which works, saying:

“We need more joined-up thinking and B Corp is a movement that stimulates growth, because a lot of organisations within the B Corp community support each other.

“At the moment I don’t feel that we have those connections. Organisations are not talking to one another as much as they could be.”

The firm is a founder member of Oxfordshire Greentech, and Dinnage is proud of that. He sees the network as having a bigger role to play in stimulating growth by encouraging its members to do more business with each other:

“It feels that we’re missing a trick in terms of supporting each others’ supply chains, as you can do more good by partnering with organisations who are doing the right thing in terms of sustainability.

“Once you start to do that, it grows and creates a ripple effect. With hundreds of businesses working together as a collective, you can start to get traction. That’s a massive opportunity for Oxfordshire Greentech.”

For Oxfordshire to play a key role in driving the global low carbon economy, Dinnage insists: “We have to break the mould and do things that haven’t been done before. We have to challenge ourselves not to make budgetary requirements the central driver of a business.”

At a national level, he is impatient with the short-term thinking that pervades government. “What’s caught my imagination is the citizens’ assembly. Right now, everything is driven by parliamentary terms and that feeds down to council budgets and through society. People are focused on short-term goals, getting elected, re-elected, and making ridiculous pledges that are irrelevant in the grand scheme of things.

“We need more longer-term committees with authority, who are dedicated to looking at our far-reaching objectives, driving the green agenda, and how we are going to actually make it happen.”

Transitioning a business to become sustainable is not easy, as Dinnage acknowledges from his own experience in the print industry. “Seacourt is a prime example that it can be done. We are in a manufacturing sector which is commoditised and has over-capacity. Everyone talks about price, for sure. But more people are saying it is important that they work with someone who does good and has a positive impact.

“One thing’s for sure, sustainability is not going away. Our climate is continuing to heat up, and action is needed more urgently than ever.”

He adds: “For those businesses who don’t understand or accept this, I truly don’t know if they’re going to be around in the next few years. People vote with their feet, and they need to have trust and confidence in the people they are dealing with. If as a business you are not clear about how you’re improving your own organisation, your customers won’t be clear either, and I think that ultimately, it’s going to be a short game for you.”