Local pulp pop-culture powerhouse Rebellion is a giant in UK nerd culture. Based in Didcot, it oversees the production of the institutional 2000AD comic anthology, as well as developing the iconic game franchise Sniper Elite. The Sniper Elite games have carved out a sizeable fanbase due to their engaging shooter mechanics and gratuitously detailed, yet immensely satisfying, x-ray kill cam. The last game in the series, Sniper Elite 4, was nominated for 6 industry awards, and won Best Visual design at the 2017 Independent Game Developers Association Awards.

Now Rebellion is bringing the once third-person tactical shooter to virtual reality with the aptly named Sniper Elite VR. I spoke to their Assistant Head of Design, Steve Bristow, about the franchise’s first foray into the virtual realm as it wraps up development. I also managed to chat on Zoom with Stewart Gilray, CEO of Just Add Water Developments Ltd (JAW), which is co-developing the game with Rebellion.

Bristow said that JAW is “the main development studio for Sniper Elite VR”, which is referred to internally as SEVR (pronounced ‘sever’). Rebellion is handling the marketing and distribution, along with providing a few members of its team to help with quality assurance and final development tasks. As well as JAW, Rebellion has solicited the help of Sunderland-based developer Coatsink for the recently announced Oculus Quest version of SEVR. 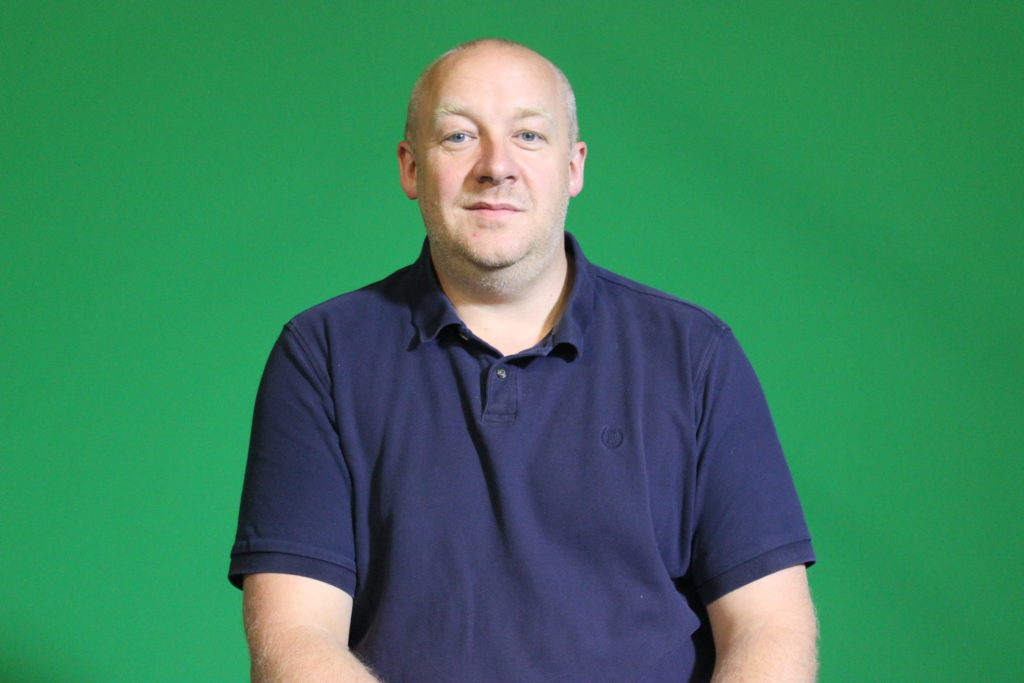 Rebellion is confident that the franchise is in capable hands. Bristow referenced JAW’s experience collaborating with developer Oddworld Inhabitants when talking about his pleasure to be working with the Leeds based company.

“It’s a close collaboration that works as well as it does because of JAW’s genuine enthusiasm and respect for the Sniper Elite games, and their experience working on other respected IPs like Oddworld.”

In 2014 JAW developed a complete remaster of the original PlayStation classic Oddworld: Abe’s Oddysee, which received praise from industry critics and fans. The Scottish born Gilray claims that he is “a pain in the arse when it comes to attention to detail”, something previous Sniper Elite games were brimming with.

SEVR is a separate game to the untitled Sniper Elite 4 sequel that was announced  by Rebellion’s CEO Jason Kingsley in March 2019. The VR spin-off actually takes place before Sniper Elite 4’s covert conquest of Italy, although you’ll still be sneaking around Mediterranean villas and vineyards, this time on the island of Sicily.

Consequently, players won’t be taking control of the franchise’s usual protagonist Karl Fairburne, but when pressed on whether some Sniper Elite 4 companions will be reappearing in SEVR, Gilray replied with a tantalising “there might, or they might not be. Who knows…” Read into that what you like.

SEVR’s plot progression is embedded within a veteran sniper’s retelling of his war stories in the present day. The player will be hopping from memory to memory, reliving the highlights of the resistance fighter’s battle against the Nazis. Gilray also confirmed that, as well as being able to traverse using teleport controls, the player can also freely move around using the joystick on most VR controllers, or even a PlayStation DualShock controller. Similar movement options were seen in the recent VR hit Half Life: Alyx. 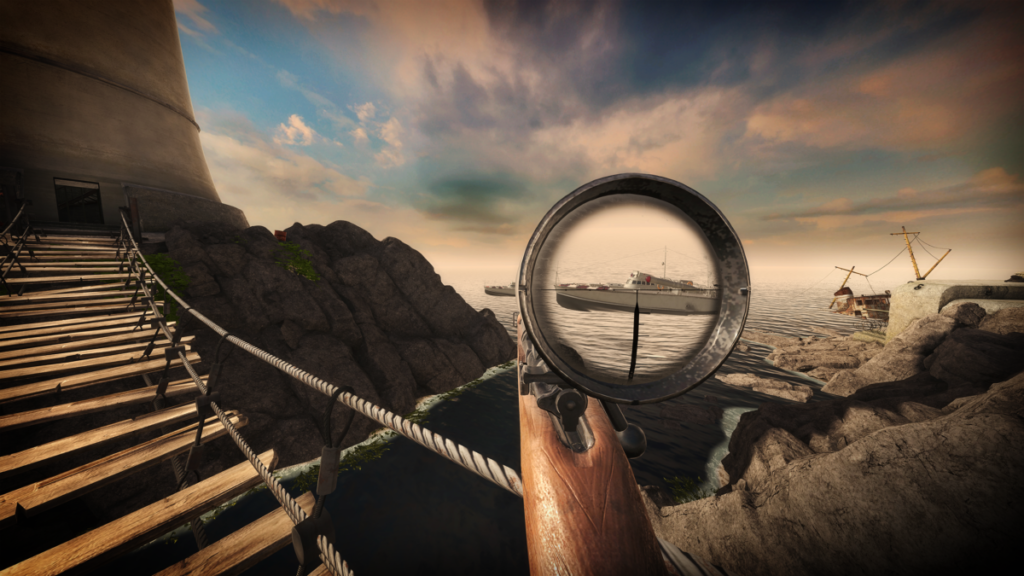 Gameplay for SEVR was first shown off by Sony at E3 2019. With the game being optimised for PS VR, and the upcoming launch of the PS5, one can’t help but wonder if the game’s development team had their minds on the new console’s hardware during production. Unfortunately, both Gilray and Bristow claim that SEVR was developed primarily for the PS4 hardware. Bristow stated, “PlayStation have announced that PS5 will support PSVR hardware, and of course their desire is for the vast majority of PS4 games to work on PS5… [but SEVR was] developed first and foremost for PS4 and PS4 Pro.”

I got a similar response when I asked about a non-VR variant of SEVR for those without the necessary peripherals. Bristow stated that, “Sniper Elite VR is developed from the ground up for VR devices only.” There was no confirmation that Rebellion would sanction a community-made modification for conventional keyboard and mouse controls.

A release date hasn’t been confirmed yet, but Bristow urges us to “expect news soon.” Gilray also confirmed “the game is definitely in the last stages of development.” From this, it seems reasonable to expect a release date before Christmas 2020, if not a full release before the end of the year. 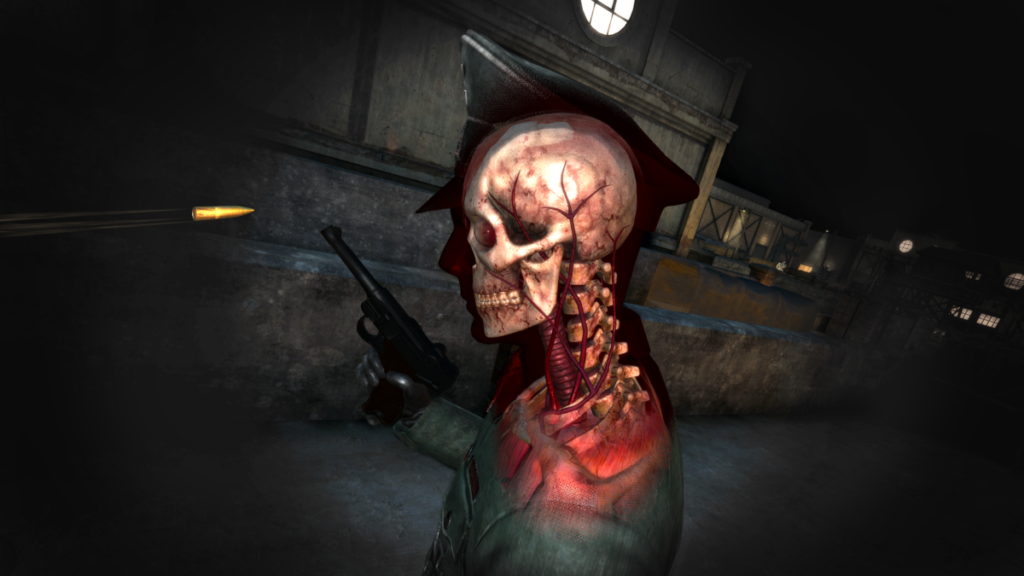 SEVR has been built in the development engine Unity, the first departure from Rebellion’s in-house Asura engine that all other Sniper Elite titles were built in. However, JAW made sure to re-develop the series’ flagship x-ray kill cam mechanic.

Gilray explained how bullet tracking often causes nausea in VR, so they had to tweak the animation. The grotesquely-detailed executions that make a Sniper Elite game so recognisable still have pride of place in the gameplay, but the path the camera takes to the victim has been changed from the high-speed zoom used in Sniper Elite 4 and earlier.  He even alluded to an optional mode that turns the classic bullet tracking back on, although make sure to have your sick bags at the ready.

Exclusive: Behind the scenes at Rebellion’s Didcot Film Studios – one year on
Rebellion invites film industry experts to try out its revolutionary virtual production set
From refugee shelters to blockchain: Vinay Gupta’s mission to save the world
New £150m film studios and digital creative hub to be built near Reading
Keep your ears open if you want to write a film script, says Oscar-winning screenwriter Simon Beaufoy
share this article 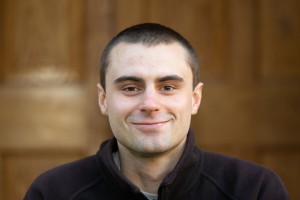 Adam Hewitt is a technology journalist with interests in gaming, virtual reality, and PC hardware. He has covered the technological barriers of virtual internships for the Financial Times and is currently reading Philosophy and Theology at Oxford University.