The new chief digital and partnerships officer for Oxford University Hospitals has called on the health service to recognise the benefits of creating a culture for innovation.

Speaking at a recent TheHill digital health network event, David Walliker drew on his experiences at The Royal Liverpool University Hospital, where he led a digitisation programme to make the hospital paper-free.

Despite initial resistance, the digitisation resulted in unexpected consequences which saved lives.

The hospital created an alert system for sepsis shock, which sent messages directly to nurses’ phones and facilitated rapid response.

Within 12 months, the hospital saw a reduction in sepsis shock from 50 per cent to 8 per cent among patients under 45 and overall, it meant 323 people did not die of sepsis, who might otherwise have done so.

Walliker called on the audience at TheHill event on November 26 to consider how hospitals can become more agile, and create a culture for innovation that enables scaling up and swifter adoption of technologies.

He observed that while the rate of change of technology is rapid, the same is not the case for organisations. He felt that while the operational pathways through a hospital are complex, there is much that can be learned from organisational structures such as airports, if they are to create a spirit for embracing change.

“Hospitals need to generate a culture of scaling fast with organisational great practice,” he said and expressed dismay there are “pockets of brilliance across the NHS, but we are failing to scale them up.” 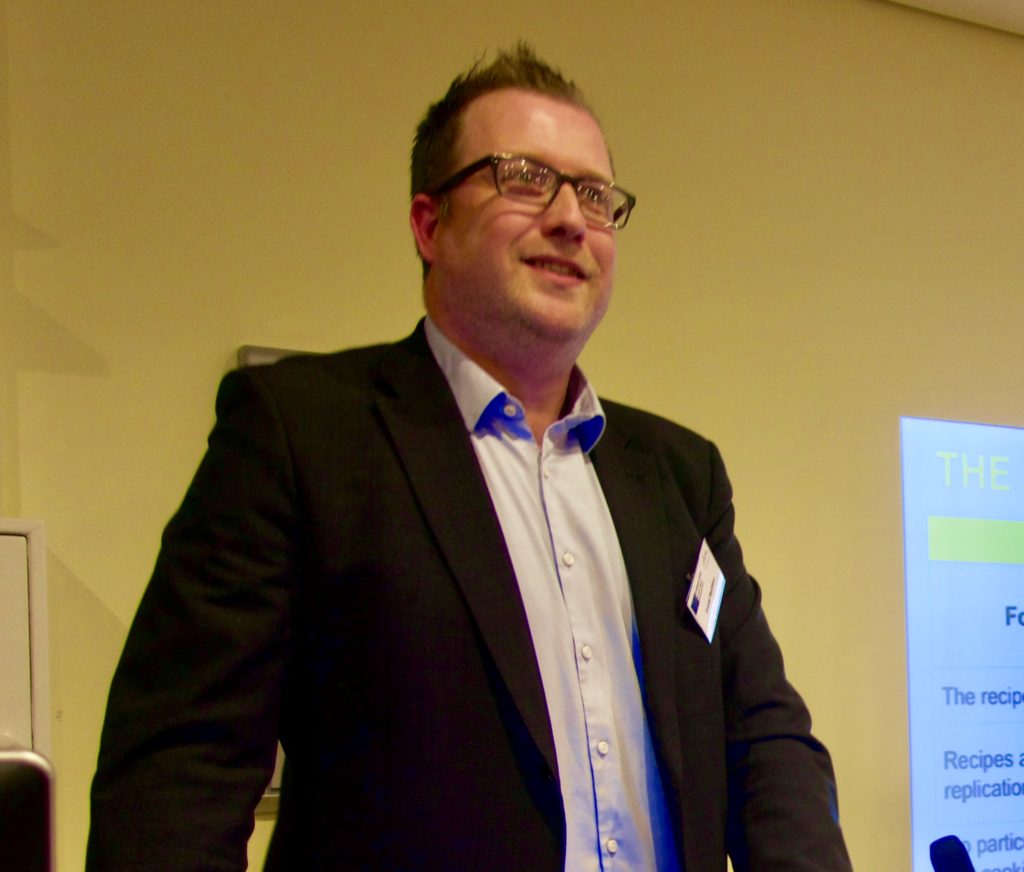 Returning to his experience in Liverpool, where if he’d listened to the sceptics, the digitisation programme might not have happened, he pointed out: “[The sepsis programme] didn’t get near a return on its investment, but 323 people aren’t dead because of it.” 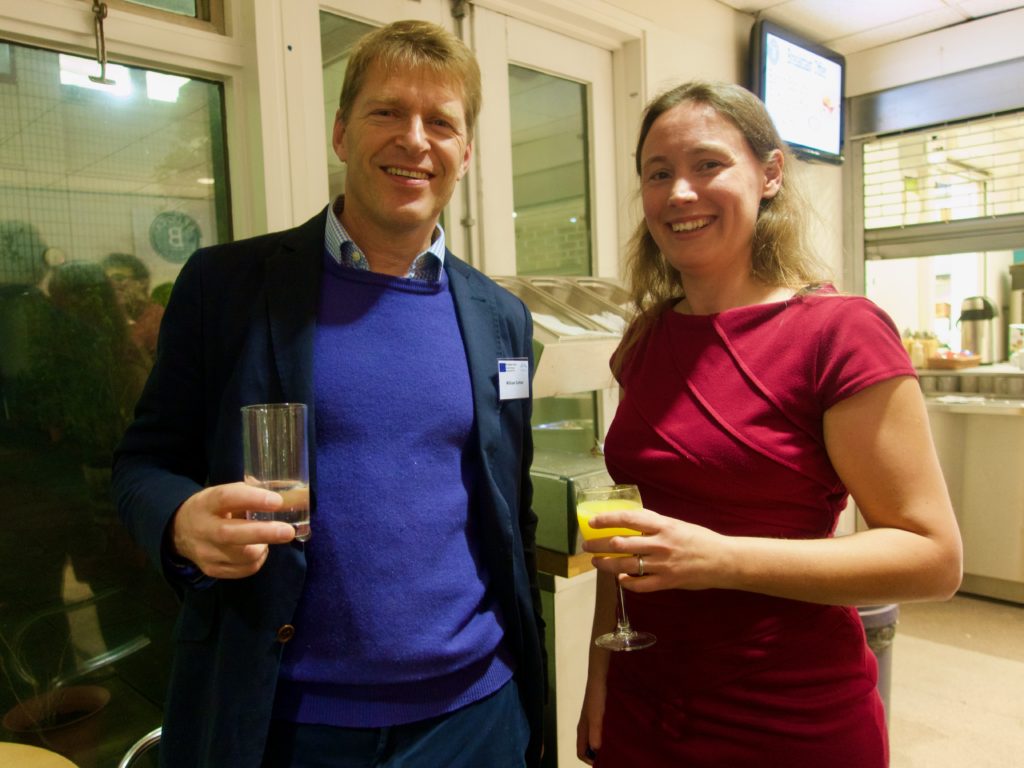 Also at the event, Megan Morys-Carter, programme director of TheHill, reported the network now has 40 firms in its European Regional Development Fund-sponsored programme for incubating healthtech startups from across Europe. TheHill has run six workshops for health care startups this year, and representatives from three of them presented their ideas to the audience (see panel).

Morys-Carter gave an update on TheHill’s plans to build a digital health cluster in Oxford, to “help people to find the right connections and accelerate development.” She described its work with healthcare staff, to help them experience and engage with digital innovations, and with entrepreneurs, researchers and technologists who need help to navigate the NHS.

More than 100 people attended the event at The George Pickering Centre at the John Radcliffe Hospital in Oxford. More details at thehilloxford.org.

The European healthtech innovators who presented their ideas to TheHill:

Brainguard – wearable wristband for predicting migraines. Josué Pagán Ortiz from Spain said globally a thousand million people suffer from migraines. By predicting its onset, Brainguard’s device can enable patients and clinicians to take preventative action and help to save up to €500 per patient per year. The wearable device monitors indicators such as skin temperature and heart rate. Brainguard is looking to raise €0.5m to scale up and plans clinical trials in Oxford.

Laura Lohoff of Munich-based Deepc told the story of Linda, an 18-year-old who died because of an undetected anomaly on a CT scan. Deepc estimates 38 per cent of such anomalies are missed by radiologists, who have on average just two seconds per slide to screen scans. Its AI-based technology gives at-a-glance results, making it easy to detect the estimated 40 per cent that are suspicious. The firm has raised €1m and is running clinical trials in Munich. 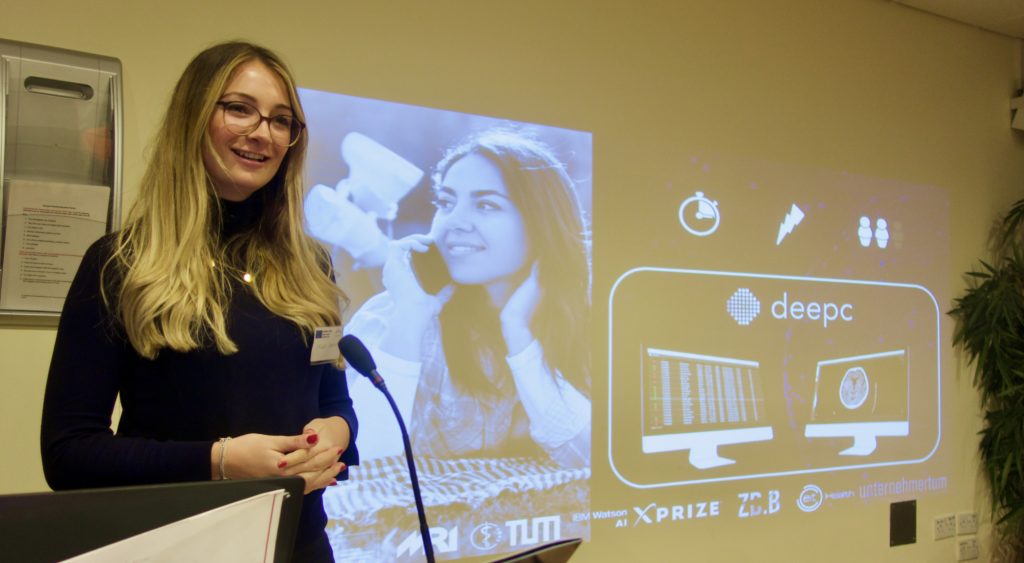 After shattering a collarbone while snowboarding, Bart Kölling explained how he co-founded Slam Orthopedic. The Netherlands-based firm has developed a drilling device to predetermine the required hole depth and screw size for orthopaedic surgeons before they operate. Currently, the process is done manually with a depth gauge. The Slam Ortho add-on can, Kölling says, “save time, improve accuracy and make the whole process for surgeons a pleasure to measure”.