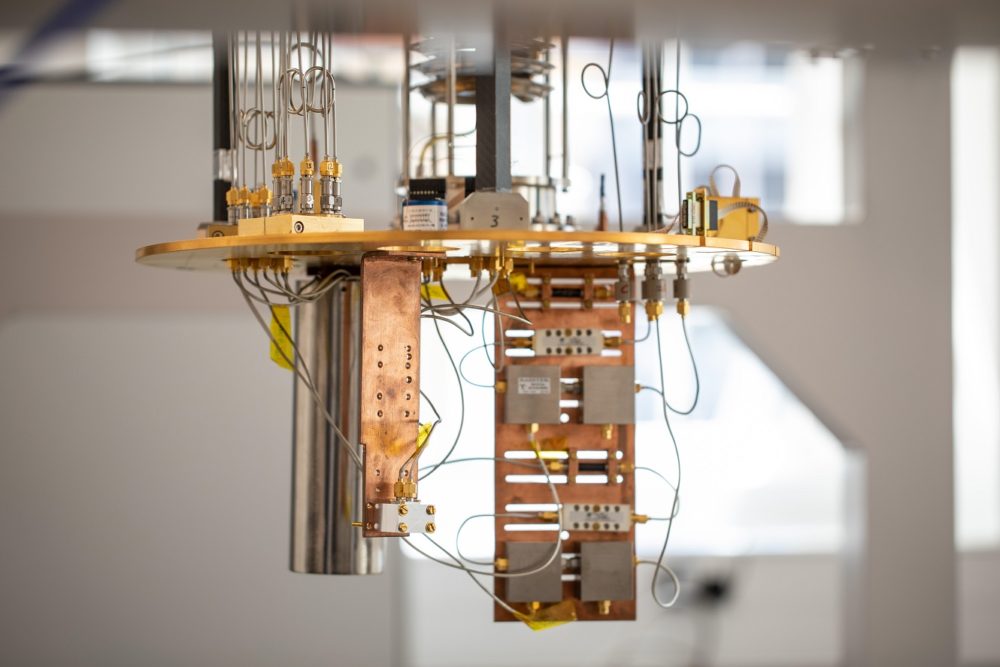 A consortium of nanoscale technology experts led by Oxford Quantum Circuits, has received the highest ever grant from Innovate UK for a £7 million project to scale up the production capability of superconducting circuits in the UK. The grant signals the UK’s ambition to lead the international race to commercialise quantum technologies to the benefit of the economy and society.

Together with SeeQC UK, Oxford Instruments, Kelvin Nanotechnology, University of Glasgow and the Royal Holloway University of London, the group will industrialise the design, manufacture and test of superconducting quantum devices.

This concerted effort brings together the relevant partners across industry and academia to maximise the UK’s existing  expertise and is expected to generate business opportunities in services for cryogenic measurement, superconducting device foundry, and quantum computing, and from the sale of quantum devices.

Superconducting hardware is critical for the development of quantum technologies, which can deliver products for sensing, security and information processing. But fabricating these superconducting circuits, accessing specialist cryogenic equipment and developing test electronics remain highly technical and expensive undertakings. The significant up-front investment required represents a large barrier to entry to most companies in the UK, preventing the country from leading the way on quantum technologies, a market expected to reach nearly £15 Billion by 2024 globally, with £233 Million for superconducting devices alone.

“With this grant, Innovate UK is sending a strong message.The country has missed opportunities to drive commercial impact from its enviable scientific base in the past, but it won’t miss the quantum revolution. Our project is critical to positioning the UK at the forefront of the quantum industry, bringing in jobs and investment, and delivering a domestic supply of a technology of national strategic importance. Our consortium is uniquely positioned to deliver this project successfully”.