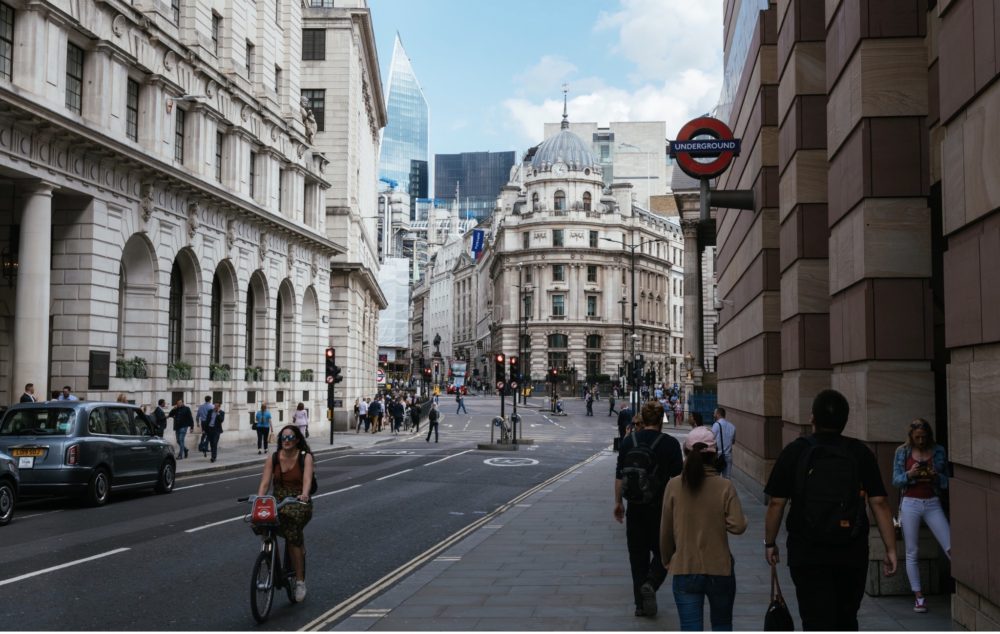 The Bank of England. Pic: Kai Pilger on Unsplash.

Cash is on the decline everywhere. More and more shops won’t accept it, following decades of digitalisation of our money. Between 2017 and 2018 alone, the South East saw a 7.7% decrease in cash withdrawals, reported by the BBC as the highest percentage of contactless transactions of any UK region. As cash is the universal means of payment, accessible to all citizens, there are concerns that it is about to disappear entirely. Ellliot Gulliver-Needham explores the options for central banks who need to provide a universal alternative.

At the onset of the coronavirus pandemic, Accenture reported a 50% drop in cash usage across the UK during March 2020. While there is likely to be a small reversion of this now shops have reopened, the hygiene fears around cash mean that the long term decline of its use is set to accelerate. Increasingly, monetary transactions are done either with bank cards or electronic payment systems like PayPal. If these payment systems become the only ones accepted by vendors, the general public would no longer have access to a payment medium that is guaranteed by the state.

The solution? Maybe a central bank digital currency (CBDC). The idea has been proposed for decades, but with the explosion in popularity of cryptocurrencies, and Facebook’s announcement of its own digital currency called Libra, central banks are feeling the pressure to compete and to retain control of currency. These trends and the Covid-19 pandemic have intensified the need for central banks to provide an alternative to cash.

A CBDC is exactly what it sounds like, a digital form of cash. It would be issued by the central bank, peer-to-peer, and used by the public. The central banks leading the way are Sweden with its e-krona, and the People’s Bank of China. Earlier this year, the Bank of England released its most detailed assessment of the design process for a CBDC yet, but emphasised that it had not decided whether to introduce one.

Jens Tholstrup, Managing Director of Oxford Investment Opportunity Network and former managing director of Oxford Economics, estimated the introduction would not happen for at least two or three years, but added, “this might accelerate if other countries introduce CBDC and/or if there is an increasing likelihood of a private sector initiative like Libra gaining traction.”

For now, central banks are not envisioning the total abolition of cash. In a paper published in August this year by the Bank for International Settlements, the authors examined 32 different CBDC projects, and concluded “none of the designs we surveyed is intended to replace cash; all are intended to complement it”. They found that a large majority of central banks envision a future with a hybrid of digital and physical currency, with the private sector handling “the customer-facing side of payments”. That means high street banks wouldn’t become irrelevant overnight. However, Tholstrup warns that “in theory, banks could find themselves competing with central banks for deposits and so on, and that they’d have a diminished role in handling payments.”

Nevertheless, the disappearance of cash is definitely on the minds of central banks. The IMF notes “some central banks are concerned by the increasing concentration of the payment system in the hands of few very large companies.” With a CBDC, citizens wouldn’t be reliant on private companies like Visa and Mastercard to make payments, who have formed a virtual oligopoly on card payments in the UK. Instead, if fees got too high, or companies went bust, we would have a CBDC that we could rely on to make transactions, just like we do with cash now.

So why do we need a central bank to issue this? Unlike other digital currencies like Bitcoin, a CBDC would be backed by the central bank, preventing the wild fluctuation in value for which cryptocurrencies are notorious. As the Oxford Business Group says, “there is significant demand for cryptocurrencies as an investment or an asset class to be traded by investors, but their use as a way to pay for goods or services has been far more limited.”

The specifics of a CBDC here in the UK are still murky. It is not clear how issues of privacy would be balanced with the advantages of monitoring financial transactions. There would obviously be benefits in being able to track what was previously untrackable in cash, for both tax evasion and for illegal activities. Nevertheless, privacy has always been inherent to cash, and banks seem insistent on preserving that with a CBDC.

CBDCs have another hidden benefit for central banks: the ability to more tightly control monetary policy. After the 2008 financial crisis, central banks brought interest rates to record lows, but still struggled to exert enough control on the economy, so they turned to policies like quantitative easing. CBDCs could be ‘another tool in the toolbox’ of central bank policy. For example, in a world without cash, central banks could circumvent the effects of the ‘zero lower bound’, the level below which they are not able to lower interest rates without causing a substitution to cash.

Of course, a CBDC might not be good for everyone. It may accelerate the decline of cash with negative effects for citizens without access to technology, and measures would be needed to mitigate these. Questions about the cost for central banks and use in international transactions also remain unanswered, mostly because CBDCs are so new. Nonetheless, it seems important to consider the possibility, given we may be using digital cash to pay for all our goods and services in not so many years. 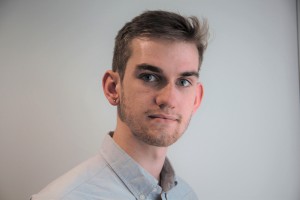 Elliot Gulliver-Needham is an undergraduate student in his final year studying Politics, Philosophy, and Economics at Corpus Christi College, Oxford. He writes about various social and economic issues, focusing on monetary policy and political theory.