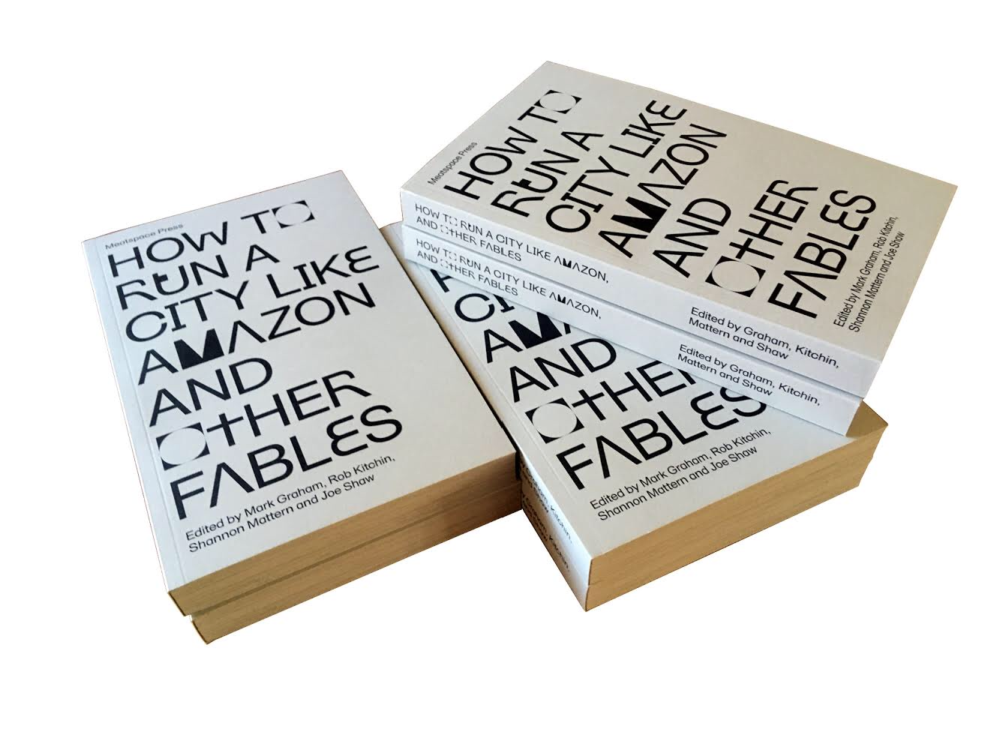 BOOK REVIEW: How to Run a City like Amazon and other fables edited by Mark Graham et al

This book is a set of mainly satirical essays about applying the business models of currently successful technology businesses to the running of cities. For the most part, the tales are dystopian but in places there are germs of good ideas that one hopes could take root. In others, there are somewhat terrifying premonitions of others that will not be so benign but may nevertheless gain traction.

Many of the pieces, which are penned by academics such as Oxford University’s digital geographer Mark Graham, one of the curating editors, warn of the consequences of the comprehensive knowledge of citizens by profit-focused commercial enterprises. The ubiquity of surveillance technology features in several of the accounts.

The impact on society is foretold with several tales observing how readily the business models might create a deserted underclass. Today’s social credit system – or national reputation system – in China is a reminder of how close to reality some of these warnings are.

The different stories oblige the reader to consider where the boundaries between corporate efficiency, social cohesion and democracy lie. A number of cities are already starting to experiment with some of the ideas mooted here and the undoubted dominance of the big tech companies is already having an impact. The internet of things, technology touted as part of the smart city solution set, could turn out to be the Trojan horse by which some of these undesirable outcomes become reality.

How to Run a City like Amazon, and Other Fables edited by Mark Graham, Rob Kitchin, Shannon Mattern and Joe Shaw is published by Meatspacepress. Price (paperback only) is £14 from Meatspacepress’s online shop.